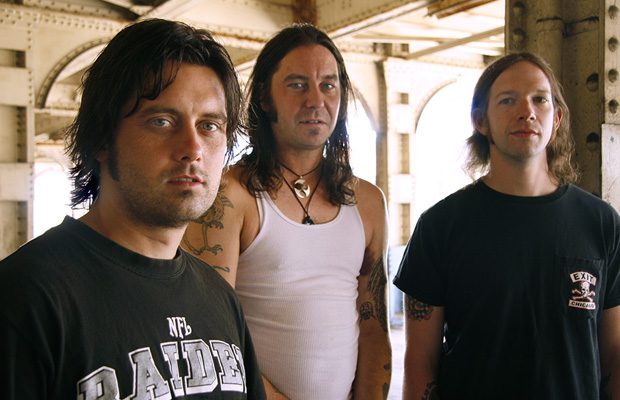 HIGH ON FIRE has released a brand new single titled “Slave The Hive” today. As part of the band’s upcoming Scion A/V-sponsored headlining tour, HIGH ON FIRE drops the new single which marks the first new music from the California metal champions since the spring 2012 release of “De Vermis Mysteriis”. A limited-edition seven-inch single will be available at all tour dates with a video for the song to be released simultaneously.

The previously announced Scion A/V-presented HIGH ON FIRE tour will run from November 10 through December 12. Norwegian rock sextet KVELERTAK, who have had one of 2013’s buzziest hard rock releases with the Kurt Ballou-produced (CONVERGE) album “Meir”, will open all dates. DOOMRIDERS (Nov. 10 to 23), PACK OF WOLVES (Nov. 25-27) and WINDHAND (Nov. 29 to Dec. 12) will be featured as the evening opener on different legs of the tour.

HIGH ON FIRE released the first official live recordings of its career with the two volume set “Spitting Fire Live”, which has been hailed as “high-volume intensity” by the Austin Chronicle, “hot as the infernos” by Pitchfork and a “documentation of the band’s undiminished ferocity onstage” by the SF Weekly. Recorded over a two-evening New York City headlining stint at both Bowery Ballroom and Brooklyn’s Music Hall Of Williamsburg last winter, “Spitting Fire Live” showcases HIGH ON FIRE at its incendiary best, containing songs from each of the band’s critically acclaimed studio albums including last year’s “De Vermis Mysteriis”.