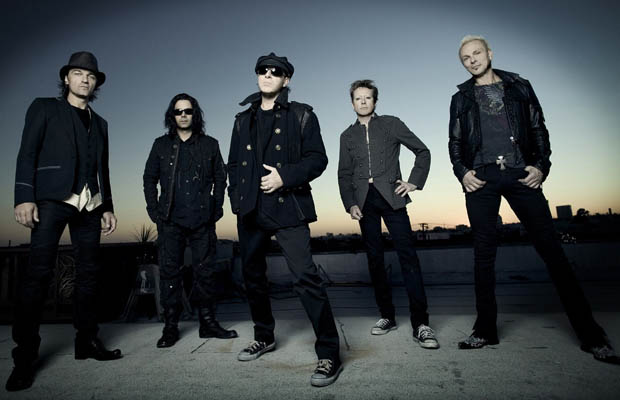 The greatest delight for the SCORPIONS fans, of which there are several million throughout the world, is the fact that there is no end in sight for the farewell world tour, even though this has been continuing for three years now.

SCORPIONS still are Germany’s internationally most popular rock band ever in the history of music, and of the 38 countries where farewell shows are planned, only 23 have been covered to date. On top of this, the band has found the time and energy to bring to life a very special event: their first “MTV Unplugged” show. On September 11 and September 12, 2013, Klaus Meine (vocals, guitars), Rudolf Schenker (guitars, vocals), Matthias Jabs (guitars), Pawel Maciwoda (bass) and James Kottak (drums) played two fantastic acoustic sets in the Lycabettus theatre of Athens. The open-air theatre, which was designed by the Greek architect Takis Zenetos in 1965 — and thus is just the same age as the story of theSCORPIONS — is situated on Mount Lycabettus, at 300m height, and offers an impressive view of the Greek metropolis. But the spectacular scenery is not the only reason that convinced the SCORPIONS to choose Athens for the first ever open-air show in the history of“MTV Unplugged”.

“When we were approached with the idea of playing an unplugged show, we immediately thought of Greece,” Klaus Meine recalls. Matthias Jabs adds, “We have fabulous fans all over the world, but the Greeks are absolute die-hard fans.” Concerning the choice of venue, the Lycabettus theatre, Meine explains, “We played here many years ago. It is a beautiful place. I can remember that even back then the fans climbed onto the surrounding rocks. Of course we played some of the greatest classics this time, but we also performed a few new songs as well as material that we had never played live up to then. Those are songs which are very popular with the fans but which somehow never made it onto the set lists.”

More than ten years ago, the SCORPIONS had already played a few acoustic sets, the result of which, “Acoustica”, was released on CD and DVD in 2001, with great international success. However, the current program, including a total of two dozen songs, is virtually completely different. First of all, we have the band’s brand new songs, whose stunning live debut filled the audience with instant enthusiasm. Alongside “Dancing With The Moonlight” and “Rock’n’Roll Band”, both of which can be easily imagined in perfect rock versions, Klaus Meine, Rudolf Schenker and Matthias Jabs presented one song each penned by every artist himself. The instrumental track “Delicate Dance” with Matthias Jabs as leader is based on guitar spheres which could easily settle in between the psychedelic glamour of PINK FLOYD and the boogie folk of LED ZEPPELIN. “Love Is The Answer” is a ballad for which Rudolf Schenker took over as lead vocalist — a feat that does not happen very often. And immediately after this, Klaus Meine surprises us with the world premiere of “Follow Your Heart”, another power ballad destined for the charts.

The show is opened by “Sting In The Tail”, arranged in Cajun style. This song, taken from the eponymous album of 2010, bears witness to how deeply the SCORPIONS are rooted in rock’n’roll and blues, virtually the topsoil and nurture of hard rock. The same applies to the set of classics that follow, such as “Pictured Life”, “Speedy’s Coming” or the hymnal “Born To Touch Your Feelings”, in which the Greek actress Dimitra Kokkori surprises with a truly heart-wrenching spoken-word part. It goes without saying that the beautiful lady is not the only guest starring at this exceptional event. On the nights featured here, the fiveSCORPIONS can count on the relentless support of the Swedish musicians and producersMikael Nord Andersson (guitars, mandolin, lap steel, vocals) and Martin Hansen (guitars, harmonica, vocals), who are also responsible for the arrangements made specifically for the“MTV Unplugged” show, and who also produced the latest SCORPIONS studio album.

Further Swedish support comes in the shapes of Ola Hjelm (guitars, vocals) and Hans Gardemar (keyboards, accordion, vocals), as well as from percussionist PiTTi Hecht from Hannover, who is renowned as one of the best percussionists in Europe. To round off this magnificent cast performing at the Lycabettus theatre, there is a string ensemble consisting of eight Greek ladies, whom Klaus Meine introduces as “The Strings from Heaven.” Indeed, a truly heavenly performance is offered by Klaus Meine and Hamburg-based Cäthe with their version of “In Trance”. Cäthe, who released her second album, “Verschollenes Tier”, this summer, shows all her charisma in this true seventies classic. “Rock You Like A Hurricane”, one of the most popular rock songs by the SCORPIONS, and frenetically applauded by the audience, features REVOLVERHELD‘s Johannes Strate as guest vocalist battling with Klaus Meine, and the ultimate world hit “Wind Of Change” offers a unique aha-experience in its own right whenMorten Harket comes on stage for this encore.

Throughout its two and a half hours, the show captivates with its numerous intimate moments and infectious adrenaline rushes (such as during a percussion solo). And there are even more nuggets from the sheer endless stock of hits — such as “Still Loving You” and “Big City Nights”, “No One Like You” and “When The Smoke Is Going Down” — as well as a few welcome surprises to dazzle the connoisseur. “When You Came Into My Life”, where Rudolf Schenker plays a sitar, is one of those tracks which the SCORPIONS had never before played live, as are “Where The River Flows” and “Passion Rules The Game”. In view of this unplugged marathon with the stunning emotional momentum it conveys, it is difficult to pinpoint single highlights, but what can be stated with certainty is that the SCORPIONS evidently enjoyed this musical rollercoaster ride through their own history. It is equally obvious that both rock songs and power ballads display their class and style even when rendered as acoustic versions. The melodies maintain their timeless compositional appeal and the quality of the performance proves time and again that the SCORPIONS are blessed — this time especially by the Greek gods, it seems.

Let us glance into the future: “MTV Unplugged” will be released in 50 countries and promises to be yet another success story in the sheer limitless SCORPIONS saga. Fans can also look forward to the documentary motion picture, “Big City Nights”, by Katja von Garnier, whose band portrait will be shown in cinemas before it is later released on DVD.

“MTV Unplugged” by the SCORPIONS is released on November 29, available as double CD, DVD, Blu-ray and in various other digital and physical configurations. 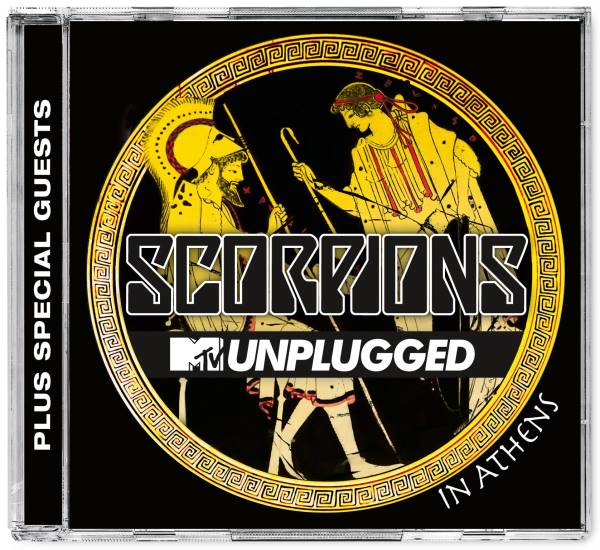