MARILYN MANSON Joining Cast Of ‘Once Upon A Time’ 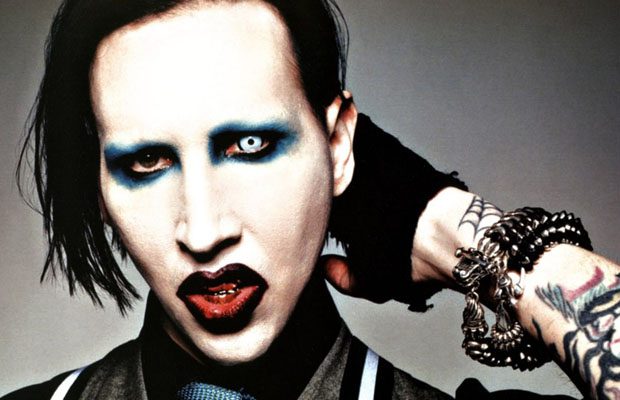 According to The Pulse Of Radio, Marilyn Manson is joining the cast of the hit ABC TV series “Once Upon A Time”. Manson will provide the voice for The Shadow, a being which was first seen at the end of the show’s second season and has already appeared in the recently started third year. Manson will make his debut on the season’s eighth episode, scheduled to air in mid-November.

Show creators and executive producers Eddy Kitsis and Adam Horowitz said in a statement, “We’ve always been enormous fans of Marilyn Manson. We wanted to cast someone with the vocal ability to make our skin crawl.”

The show takes place in the fictional town of Storybrooke, Maine, in which its residents are actually characters from various fairy tales that were transported to the “real world” town and robbed of their real memories by a powerful curse.

The Shadow is a mysterious being that kidnaps young children from their beds to take them back to the fantasy realm of Neverland and steal their souls.

The main storyline of the third season involves the cast traveling to Neverland to search for the character of Henry Mills, who has been snatched by an evil version of Peter Pan.

Manson has appeared in a handful of movies and TV shows before, most recently on the Showtime series “Californication” — where he played himself — and the Sundance Channel program “Wrong Cops”.

He has spent most of the past year touring behind his 2012 album, “Born Villain”.