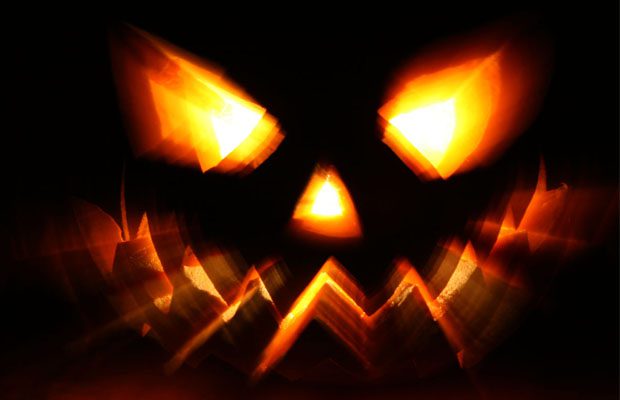 In the spirit of Halloween, Hot Topic asked a number of musicians — including members of CHILDREN OF BODOM, ROB ZOMBIE, LAMB OF GOD and BUTCHER BABIES — about paranormal experiences and haunted venues. You can see what they had to say in the video below.

TOOL and PUSCIFER frontman Maynard James Keenan told The Pulse Of Radio in 2011 that he enjoyed Halloween because it’s more than just costumes and trick or treating. “It’s an interesting season to me, having done a little research on it,” he said. “It’s an interesting holiday. I recommend that people really kind of dive into some more of the origins of, you know, why the jack-o-lantern on the porch and why the trick or treat — why the door to door. What is that all about? It really is an interesting story.”

ALICE IN CHAINS drummer Sean Kinney admitted that he spent most of his Halloweens in the same costume. “I probably spent all my tiny boy years dressed as Peter Criss from KISS — ’bout every year until, what is it, last year,” he said. “I mean, that was pretty much my thing. I’d looked forward to that. My sister’d paint me up in the cat makeup and I’d paint my hair and I’d go out there and bring my drum sticks and I loved it, you know. That was my moment, you know. I’d still do it.”

Johnny 3 Tears of HOLLYWOOD UNDEAD told The Pulse Of Radio where in Los Angeles he likes to hang out on Halloween night. “I go down to Santa Monica Boulevard every year and they have it closed off, with like bands and… the transvestite community is very large there, and they put on these costumes and it’s just like a spectator sport down there,” he said. “I just go down there and throw water balloons and drink. It’s fun.”

Rob Zombie revealed that he lives in a very Halloween-oriented neighborhood — and that was even before he moved there. “The neighborhood we live in is like trick or treaters central — literally we get thousands, which always sounds like an exaggeration, but it’s not,” he said. “You know, one year I counted how many trick or treaters we got, ’cause I knew how much candy we had, ’cause I actually counted it. And as I gave it out, I kept track just out of curiosity. And when it went over a thousand kids, I just locked the door and turned the lights off. I couldn’t take it anymore. The whole neighborhood shuts down, it’s the most insane thing I’ve ever seen.”

STAIND has played a lot of shows on Halloween in costume, but guitarist Mike Mushok recalled one gig where his outfit let him down. “We played another one where I was a mummy,” he said. “I went to like a medical supply store. I got this huge gauze and wrapped my entire body with gauze, which is great in theory until you start playing — it all starts falling off (laughs). I should have worn something underneath it rather than nothing, but…”