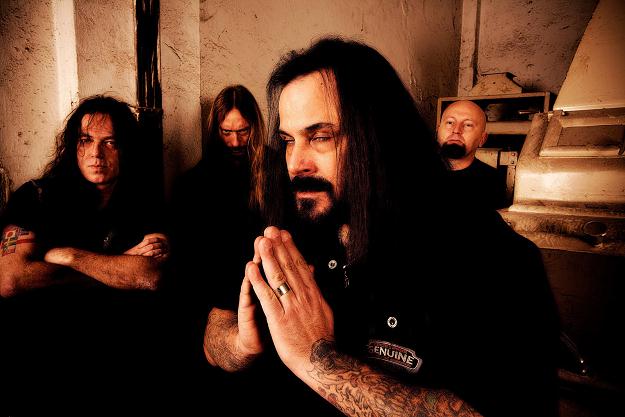 Florida death metal veterans DEICIDE will release their new album, “In The Minds Of Evil”, on November 25 via Century Media Records. The CD was recorded at AudioHammer Studios in Sanford, Florida with producer Jason Suecof (TRIVIUM, AUGUST BURNS RED, THE BLACK DAHLIA MURDER, ALL THAT REMAINS, WHITECHAPEL, DEVILDRIVER).

“In The Minds Of Evil” track listing:

The official lyric video for the song “Thou Begone” can be seen below.

The cover artwork (see below) was taken from Australian artist Simon Cowell‘s painting Power Of The Mind, and offers a fitting face to the album’s 11 tracks.

DEICIDE drummer Steve Asheim recently told Decibel magazine about the band’s working relationship with Suecof: “It’s awesome! I’ve known Jason since ’08. I had been going out to do the ORDER OF ENNEAD records with him. The last DEICIDE record we did with Mark [Lewis], but I’ve known Jason a long time, so I asked him if he was into it. He said, ‘Absolutely!’ I wanted to get one done ovith him before something happens. You never know.”

According to Asheim, longtime fans will pick up on nuances inspired by the almighty “Legion” effort. “Jason wanted to capture the ‘Legion’ feel,” the drummer said. “We’re wanting Glen‘s vocals to sound more old-school. So, it’s a bit of the new with a little throwback action.”

As for DEICIDE‘s time at Audiohammer, Asheim said: “It’s pretty cut-and-dried these days. I’ve known Jason a few years. I kind of know his methodology, how he works. It’s a far drive, so we’ll spend two or three nights there. Once we knock it out, we’ll end up partying. We repeat that the next day.”

“To Hell With God” sold 2,200 copies in the United States in its first week of release. 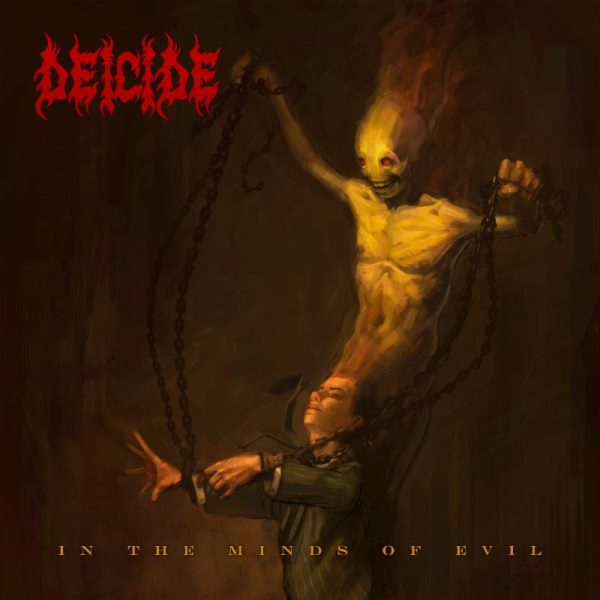