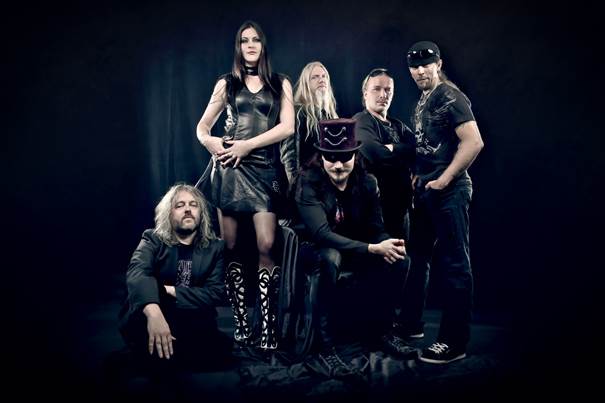 “Showtime, Storytime” contains NIGHTWISH‘s entire August 3 performance at the Wacken Open Air festival in Wacken, Germany. The show, which was played in the front of 85,000 screaming metalheads, was directed by Ville Lipiäinen, filmed with seventeen cameras and has a total running time of 85 minutes. The second disc consists of a 120-minute tour documentary, “Please Learn The Setlist In 48 Hours”, also directed by Ville Lipiäinen, with no shortage of drama or overall madness. Also, there is a 16-minute NIGHTWISH Table Hockey Tournament, filmed on tour. In addition, there are two music clips: “I Want My Tears Back”(live at Hartwall Arena in Helsinki, Finland) and “Ghost Love Score” (live in Buenos Aires).

The Wacken Open Air appearance was the first of the three final shows of NIGHTWISH‘s“Imaginaerum World Tour”, which saw the band and their Dutch singer Floor Jansen(REVAMP, ex-AFTER FOREVER) playing 104 concerts in 34 different countries, with a total audience of over 1.5 million fans around the globe.

Commented NIGHTWISH mastermind and keyboardist Tuomas Holopainen: “Our darling flying Dutchwoman, Floor Jansen, has been nothing but incredible during her time in NIGHTWISH on this tour, so this is a perfect opportunity to immortalize the current vibe of the band on film!”

NIGHTWISH‘s setlist for the Wacken Open Air performance was as follows:

A third trailer for“Showtime, Storytime”, featuring footage from the “Please Learn The Setlist In 48 Hours” documentary, can be seen below.