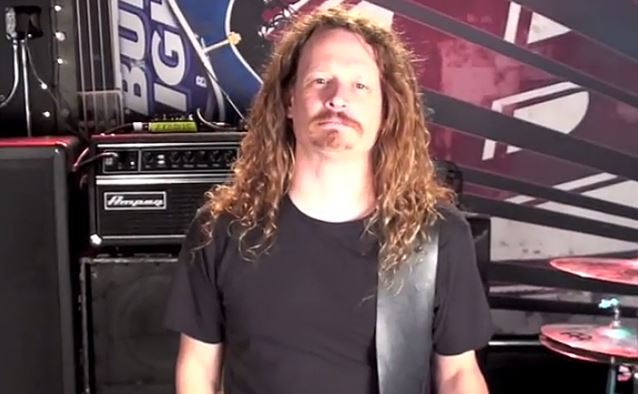 TESTAMENT bassist Greg Christian has been forced to leave the band’s current North American tour with LAMB OF GOD and KILLSWITCH ENGAGE for “personal reasons.” Filling in for him beginning with tonight’s (Wednesday, November 19) concert at Eagles Ballroom in Milwaukee, Wisconsin is EXODUS bassist Jack Gibson (pictured).

“It’s an honor to be filling in for Greg,” Jack tells BLABBERMOUTH.NET. “I’ve always thought he was one of the best metal bass players alive.

“This should be a lot of fun!”

“Dark Roots Of Thrash”, a DVD/2CD release documenting TESTAMENT‘s sold-out headlining performance at the Paramount in Huntington, New York this past February, was made available on October 18 (Europe) and October 29 (North America) via Nuclear Blast Records. “Dark Roots Of Thrash” was produced by Get Hammered Productions, directed by Tommy Jones (DEATH ANGEL, KATAKLYSM, SOILWORK) and mixed by Juan Urteaga (VILE, EXODUS, SADUS, MACHINE HEAD). It captures a total of 19 live tracks with countless cams onstage and high above the audience, plus a special moshpit cam that makes you feel like you’re a part of the show.