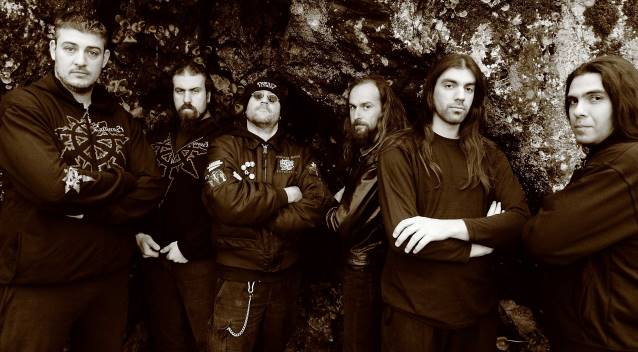 Greek epic metal heroes BATTLEROAR have entered Devasoundz Studio in Athens to begin recording their new album, “Blood Of Legends”, for an April 2014 release via Cruz Del Sur Music. The follow-up to 2008’s “To Death and Beyond…” is being produced by Thymios Krikos (INNERWISH) along with the band.

“Blood Of Legends” will be the first BATTLEROAR album to feature SACRED STEEL vocalist Gerrit Mutz, who joined the group last year. It also marks the recording debuts of bassist Stavros Aivaliotis and guitarist Antreas Sotiropoulos.

The song “Poisoned Well”, taken from “Blood Of Legends”, appears in the Greek fantasy feature film “The Dragonphoenix Chronicles: Indomitable”. The instrumental track can be streamed below.

“Blood Of Legends” will be released on digipack, limited-edition vinyl and digital formats.