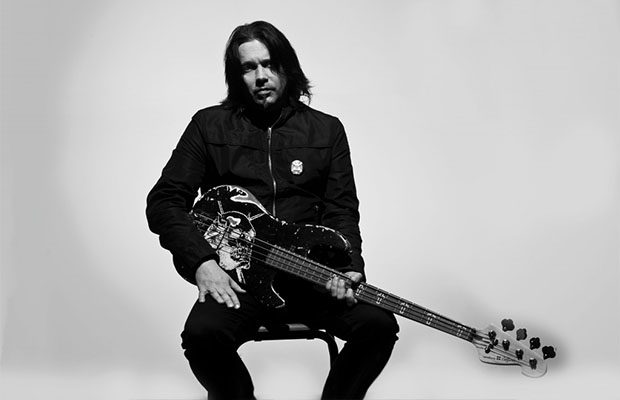 Metal Blast recently conducted an interview with CANDLEMASS and AVATARIUM mainman Leif Edling. A couple of excerpts from the chat follow below.

Metal Blast: Considering the success of CANDLEMASS and the fact that it stands proud as THE doom metal band, what led you to start AVATARIUM?

Leif Edling: My last year was very stressful, and I needed a break. The guitar became the vehicle for that. I sat on the sofa, playing guitar just trying to relax because I needed a few months to myself. I started to like some riffs, and those riffs became songs, and I needed to record those songs that I had. My friend Marcus [Jidell; EVERGREY, ROYAL HUNT] here at the studio not too far away where I live now, he’s got a small studio, so we sat there and demoed the songs that I had. So that’s how it started… me needing break. [laughs]

Metal Blast: I agree that it does represent a difference from CANDLEMASS; while it maintains the slow tempo, it’s also more psychedelic or maybe stoner in terms of sound, and the lyrics aren’t quite as dark as in CANDLEMASS, they’re a little more poetic. This goes very well with Jennie-Ann Smith and her style of singing, you know, this jazzy vibe that she gives the songs. While it’s taking a break in the sense that you’re not working with the same band that you’ve worked with all these years, is it also therapeutic in that you touch on things that are not as dark as what you’re usually writing?

Leif Edling: Yeah, man. I enjoyed writing these songs very much because I could work in a little bit broader scope when compared to CANDLEMASS. I could go “outside the box” a little bit more and write these relaxed verses and have some kind of bluesy feels in the vocals, like you said “jazzy.” It’s been kind of interesting for me to go outside the stuff that I normally do with CANDLEMASS and work a little bit more with the energy and atmosphere. As a songwriter, to me that is really interesting, because you can do something that you can’t usually do. For instance, normally I don’t like piano verses or verses like the one in “Moonhorse” where it’s almost folk.

Metal Blast: But you’re still unable to leave CANDLEMASS fully on the side. You mentioned “Moonhorse” which has this whole “folky” and psychedelic element, but at the same time these folk elements are “interrupted” by the harder CANDLEMASS doom sound. I thought this combination was great.

Leif Edling: Thanks! This was the whole purpose of the AVATARIUM album, to create something that was a little more organic. Something that not only had hard energy, but also soft energy. We worked pretty hard with the arrangements and tried to make the songs flow in a way that gave in to more atmospheric, more bluesy elements, sometimes a little dark, sometimes a little light. It was great to work with the different energies and atmosphere’s and doom riffs [laughs] and even, sometimes, a little bit more progressive stuff. I’m just a fan of good music. Working with someone like Jennie-Ann Smith was great, because she can really sing the blues. She’s a blues singer.

Metal Blast: In an interview, you mentioned her being able to reach sort of a “Ronnie James Dio sound,” which reminds me of the fact that when you released the mini-LP for “Moonhorse”, you had a cover of “War Pigs” (BLACK SABBATH]. When you’re tackling such a classic song by a band as famous as BLACK SABBATH, and you give it a completely new sound, was there a bit of fear of how people will compare it to the original, and also how people will react to the re-imagining?

Leif Edling: Yeah, that’s the trickiness. It doesn’t matter how you do it; if you do it in the traditional way, people either complain and say, “Yeah, yeah, you can’t do it like SABBATH, you’re not as good and it’s boring,” and if you do an acoustic version, people will say, “Yeah… it’s cool, but I don’t get it. They should have done a traditional version.” You can’t please everybody. In the end, you can only do it for yourself. When we were talking about it, we said that there was no way we could really do “War Pigs”, since is such a classic song that you simply cannot touch the original, it can’t be done. The only thing we could do with it was to make it our own. We completely re-did it, and I love it. We’ve had a couple of complaints, but we’ve also had a bunch of people saying that it was a great cover and that we did the right thing.

Metal Blast: It just works. Some bands play it safe and do a cover and it’s basically the same exact song just with a different band behind it. You went a different way.

Metal Blast: Since we talked about “War Pigs”, how did you feel about “13”? And, perhaps more importantly, about the whole sad situation with Bill Ward?

Leif Edling: Oh, yeah. That was pretty unsual and sad. I must say, I understand Bill Ward, but I also understand BLACK SABBATH. I heard that Bill Ward came to the studio prepared to play drums, and he could hardly play them. So I understand what BLACK SABBATH did. Yeah, it’s sad, but if you’re not in any condition to play the drums, you can’t expect to play them, I guess.

Metal Blast: You have these two versions. Bill says that there was a whole problem with Sharon [Osbourne] and the contractual terms, while Ozzy and Sharon maintain that it has to do with his ability to play. In the end, regardless of the actual cause, it’s very sad to see Bill Ward just leave BLACK SABBATH.

Leif Edling: It really is sad, and I got tickets to the show in Stockholm next week, and I’ll miss Bill. But, you know, the album is actually better than I expected. On the other hand… it could still have been better [laughs]. It gets three stars from me, because I think it’s OK, but could have been better. It sounds very American and very commercial. Ozzy [Osbourne] is all over the album; it must be some sort of management decision. He’s louder on the mix than anyone else, and he’s everywhere — he never shuts up now! [laughs]… Yeah, when I listened to the record, I missed Tony Iommi; I wanted to hear some more riffs, some more solos from Tony. Half the time, when I expect a solo, from out of nowhere there’s a bridge and Ozzy sings “God is dead” about a thousand times. So, I don’t know. I’m really happy that they made the album; they’ve done a lot of albums. I’m happy that the album is a success and that they’re on a world tour. I shouldn’t really complain. [laughs] I love BLACK SABBATH. it might be too much for me to say it should have been like their old stuff. That was a long time ago. I’m still glad that they’re still touring and still give you a great concert experience. 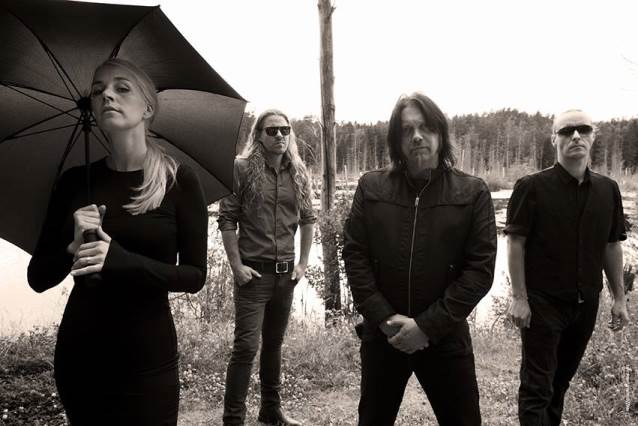