CANDLEMASS: ‘Under The Oak’ Performance From ‘Live at Roadburn 2011’ Available For Streaming 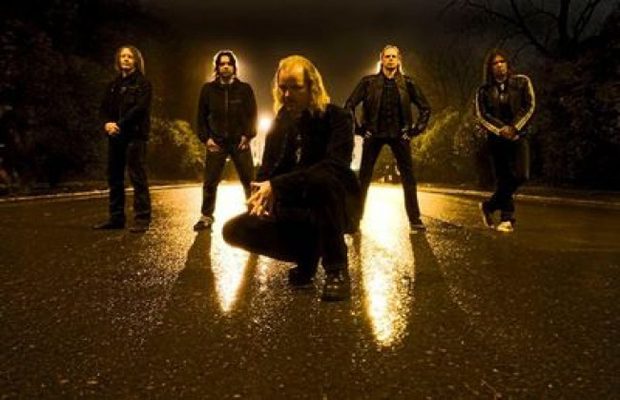 A live version of the song “Under The Oak”, taken from “Epicus Doomicus Metallicus – Live at Roadburn 2011”, can be streamed using the SoundCloud widget below.

CANDLEMASS‘ debut LP, “Epicus Doomicus Metallicus”, is a genre-defining classic if there ever was one — the starting point of modern epic doom metal, even.

In 2010 and 2011, CANDLEMASS invited the original “Epicus” vocalistJohan Längqvist back into the fold for a few select shows celebrating the album’s 25th birthday. This vinyl-only release captures the band performing “Epicus Doomicus Metallicus” album live at the sold-outRoadburn festival in Holland in April 2011. Mixed from a professional 32-track recording and mastered vinyl under the supervision of band founder/mainman Leif Edling, this is the ultimate live version of the classic.

The Svart release has the album spread over three sides of vinyl and an etching on side D. The two LPs are wrapped in a gatefold jacket, and the set is available on black or white vinyl. Both versions are limited to 400.

Comments Edling: “No volcano could stop us this time to perform the‘Epicus’ album at the Roadburn festival in Holland. It was a very special day, filled with great music, incredible fans, and a band that had a lot of fun doing this!

“After 25 years original, ‘Epicus’ singer Johan Längqvist is onstage with us to perform something that people say is one of the doom metal classics. And I think we did a pretty good job there at Roadburn. We played well, and the show was a total success!

“So here it is, CANDLEMASS live at the Roadburn festival…as it was, no overdubs…recorded on 32 channels…a fine slice of legendary doom released on big, fat, double-packed vinyl!”