KADAVAR On Their Favorite Moments Of 2013 (Video) 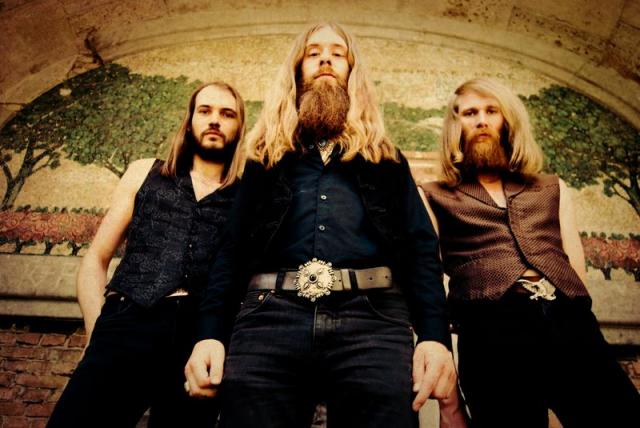 A four-and-a-half-minute video clip of Berlin, Germany-based classic/psychedelic rockers KADAVAR talking about their favorite moments of 2013 can be seen below.

KADAVAR earlier in the year parted ways with bassist Mammut. The group commented: “After almost three years of band history, Mammut left the band due to musical and personal reasons. We believe that this decision was for the good of us all and wish him only the best for his future.”

Mammut sat out KADAVAR‘s recent tour dates and was replaced by a stand-in musician who also happens to be an old friend of the band and has now officially been named as KADAVAR‘s new bassist: Simon Bouteloup.

“For us, Simon Bouteloup was the only replacement imaginable all along,” the band said. “We’ve toured with his ex-band AQUA NEBULA OSCILLATOR in the past and recorded a split record with them. Afterwards, he accompanied our tours on a regular basis. In autumn of 2012 he moved from Paris to Berlin and joined THE OATH. We’re happy to have him on board as a permanent member now!”

“Abra Kadavar” was made available as a limited digi version, including a bonus track, as well on different vinyl versions.