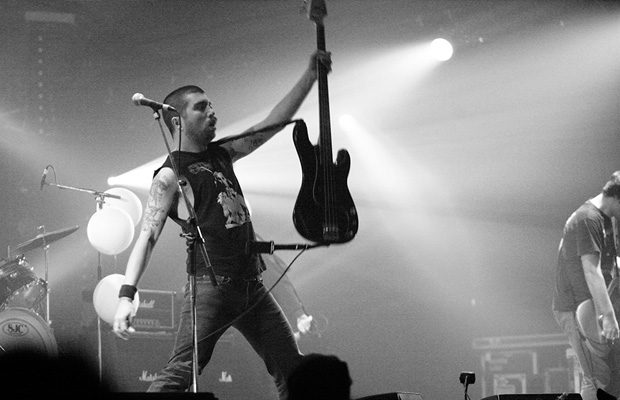 CAVALERA CONSPIRACY, the band led by brothers and founding SEPULTURA members Max (also of SOULFLY) and Igor Cavalera, has recruited Nate Newton (pictured) of CONVERGE as its new bassist.

Said Newton: “Yes, I am playing bass on the new CAVALERA CONSPIRACY record. No… I am not going to leave CONVERGE.

“I thought it would be fun to play with the guys who wrote some of my favorite metal records. That’s all…

“No big story here other than it’s pretty awesome when people whose music you’ve admired for years ask you to be a part of it with them. I’m honored!”

Johny Chow, who had been touring and recording with CAVALERA CONSPIRACY for the past few years, last year joined STONE SOUR as that band’s new touring bassist.

“I am very excited to record the new CAVALERA CONSPIRACY record,” added Igor. “Me and Max have been planning this for a while, and all I can say is that it will be a ‘brutal’ record. Also I’m super proud to join Napalm Records, home of lots of amazing artists.”