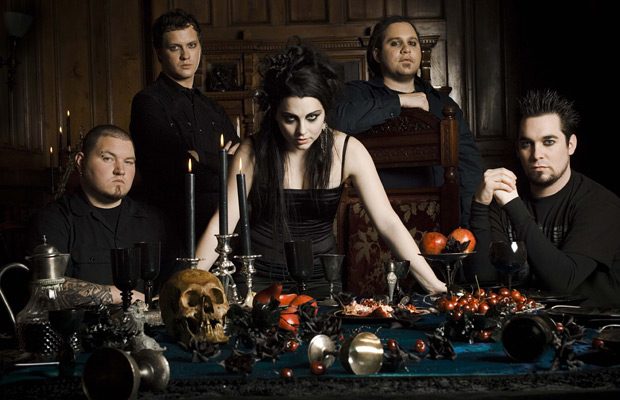 According to TMZ.com, EVANESCENCE singer Amy Lee has filed a lawsuit against her longtime record company Wind-Up, claiming the label attempted to sabotage the band by appointing under-qualified promoters who lacked useful ideas.

Lee is reportedly seeking $1.5 million in unpaid royalties from the record label as part of her suit.

March 4, 2013 marked the 10th anniversary of the release of “Fallen”, the major label debut by EVANESCENCE that became a monster, multi-platinum hit for the Lee-fronted rock band. According to The Pulse Of Radio, Wind-Up Records reissued the album on limited-edition purple vinyl in May 2013.

Led by the smash single “Bring Me To Life”, which also appeared on the soundtrack to the movie “Daredevil”, “Fallen” sold a whopping seven million copies in the U.S. and yielded three more singles with “Going Under”, “My Immortal” and “Everybody’s Fool”. EVANESCENCE also won Grammys in 2004 for “Best New Artist” and “Best Hard Rock Performance”.

The success of “Fallen” also led to turmoil within the group, as founding guitarist Ben Moody left in late 2003, leaving Lee as the only original member of the band.

Lee continued with new members, and EVANESCENCE issued “The Open Door” in 2006. While a hit, it did not equal the sales of “Fallen”. Lee told The Pulse Of Radio at the time that she wasn’t concerned about matching the previous album’s success. “I just haven’t ever looked at it that way,” she said. “‘Fallen’ is a great record, but I don’t think you can try to match the success of another body of work. I think that’s only gonna frustrate you. And if, honestly if what you really care about is record sales and money, there’s no way you’re gonna make a great piece of art, because then you’re just gonna get all confused and make something ingenuine.”

After another protracted absence, during which Lee flirted with a solo career and even began a more electronic album only to abandon it, EVANESCENCE released a self-titled effort in 2011 and toured behind it for the better part of a year.