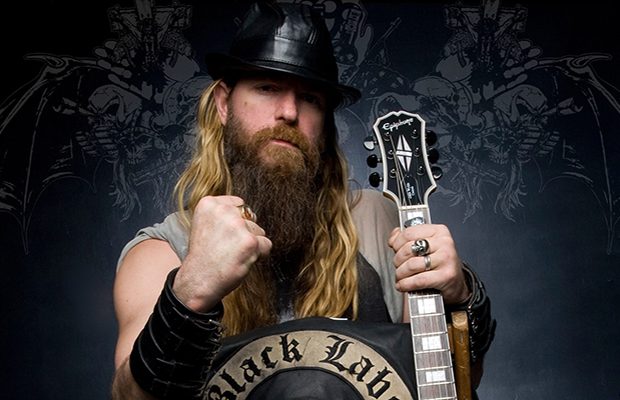 Greg Prato of Songfacts recently conducted an interview with Zakk Wylde (BLACK LABEL SOCIETY, OZZY OSBOURNE). A couple of excerpts from the chat follow below.

Songfacts: I think a band that never gets the credit is the original KISS lineup, which wrote some really great songs as well.

Zakk: I was never a KISS guy growing up as a kid, but my friends were just complete KISS freakos. They had the dolls, the whole nine yards. Nick [Catanese] is a complete KISS freak and so is J.D. The thing that got him into playing bass guitar was Gene Simmons. He got into Jaco Pastorius and all the cats, every insane bass player; Victor Wooten and all the guys, but that was later on. But his introduction, the reason why he wanted to play bass was because of Gene Simmons, because he loved KISS. But I was always more of a SABBATH guy and ZEPPELIN and stuff like that, and I dug Elton John. If you listen to those KISS records the production on those records is phenomenal. And they’re great songs. They really are. It’s great classic ’70s riffs and just well structured songs. Very hooky songs.

Songfacts: How would you say that you write your best songs?

Zakk: I don’t think it’s so much writing. I remember reading this thing on Robert Plant, and he goes, “I don’t think it’s so much you write them — you receive them.” It’s like God is the radio station that it’s all coming from, and it’s just a matter of tuning in until you hit His frequency. A lot of times I’ll just sit in the morning, having a cup of java just chillin’ out. If I sit at the piano or I sit at the acoustic guitar and I start writing something mellow, it’s going to be what it’s going to be. But if I sit behind an amp, between a Marshall, that always dictates what frame of mind I’m going to be in. If I sit down with an electric guitar what’s going to come out are SABBATH/ZEPPELIN type riffs, but if I’m sitting behind a piano late at night, I might write something like “Desperado”. You’re not going to write “Desperado” between a wall of Marshalls and thumping, crushing volume.

Songfacts: With those first two Ozzy solo albums [“Blizzard Of Ozz” and “Diary Of A Madman”], how much do you think that Bob Daisley and Lee Kerslake played a part in the songwriting? They seemed to be a pretty big part of the songwriting with those albums.

Zakk: Yeah. Bob‘s always been great with Oz. Just a great pairing like the Elton/Bernie Taupin thing. Bob‘s a great lyricist. He worked with us on “No Rest For The Wicked”, he worked on “No More Tears”. So yeah, I think Bob‘s great.

Songfacts: I’ve always wondered what that original “Blizzard Of Ozz” lineup would have gone on to do if they had stayed together.

Zakk: I think that original lineup was phenomenal. You can’t even argue that. Just listen to the records. They’re timeless, classic albums. Hands down, that line-up was fuckin’ sick. When they were making the record, they didn’t know. Randy [Rhoads] didn’t know any of the guys. Randy never met Bob Daisley or Lee Kerslake before. I’d mean, if me and you took four complete strangers, stuck ’em in a room, and then they ended up coming out with two amazing records — what are the chances of that happening?

Songfacts: And I’ve always wondered what the second lineup with Ozzy, Randy and also Rudy Sarzo and Tommy Aldridge would have come up with in the recording studio.

Zakk: I think it would have been a completely different thing. How could it not have been? Look at it like the Patriots — Ozzy and Randy, would be [Bill] Belichick and [Tom] Brady, but now we’re going to have different wide receivers, different running backs, different defenses. Obviously, we don’t have to worry about Captain America and Father Belichick, since we know what they’re going to deliver. But the rest of the team around it, without [Wes] Welker there, let’s see what happens now. Without a doubt, even when I play with BLACK LABEL, when we have different guys I play with, everyone always brings their own magic, their own flavor to the soup, hands down. You listen to BLACK SABBATH with Ronnie James Dio in it, and it’s not BLACK SABBATH. They should have just called it HEAVEN & HELL right from the beginning. Because you listen to that “Heaven and Hell” album, that doesn’t sound anything close to BLACK SABBATH. I mean, that sounds about as much like BLACK SABBATH as “Blizzard Of Ozz” sounds like BLACK SABBATH. If you were to play BLACK SABBATH for me — and I’m a huge SABBATH freako — and then with Father Dio over there, I’d be going, “Oh, cool, what band is this? This is good stuff.” I mean, the songs don’t even sound BLACK SABBATH-y. I mean, “Neon Knights”, could you picture Ozzy singing over that song?

Zakk: I can’t either. It’s weird. It’s a whole different band. But like you said, there are different dynamics by bringing different people in, especially if it’s a songwriting team. With NINE INCH NAILS, it’s all Trent Reznor. So when we get a new record from NINE INCH NAILS, it depends on what side of the bed Trent‘s waking up on and what he’s been eating lately and what he’s been into. Because he’s preparing the whole meal. It’s not like a songwriting team where everybody’s throwing stuff at it: you came up with the pre-chorus, I had the main riff, Mike came up with that middle bit right before the guitar solo, and then the ending bit Joey came up with. That’s like a band dynamic right there. But if it’s a NINE INCH NAILS thing, that’s all Trent‘s everything. He’s the Salvador Dali of the whole thing. And then talking about songwriters, when you take Paul McCartney and you have him in WINGS, that’s a completely different thing. His songwriting throughout was insanely good, as well. “Maybe I’m Amazed” and everything like that can hang with all the BEATLES stuff he wrote.

Read the entire interview from Songfacts.