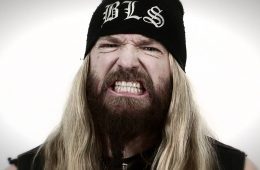 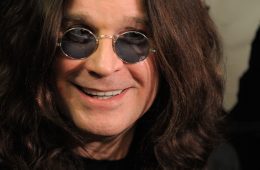 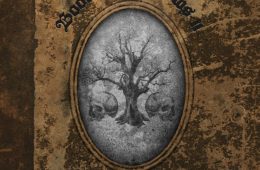 Leonidas PapadodimasApril 11, 2016
Unquestionably, Zakk Wylde is a very talented musician and a guitarist with tremendous skills, whether he is shredding with his hard distorted guitar, or when h...
01 min read 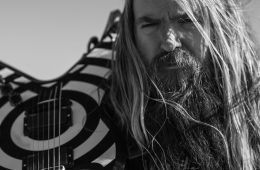 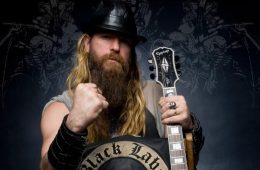 Manos SpanosOctober 29, 2015
Hailed by critics and fans alike as the "Guitar Event Of The Year," the multi-artist ...
04 min read

Manos SpanosOctober 9, 2015
The next figure in the Guitar Gods series is the founder of BLACK LABEL SOCIETY ...
01 min read 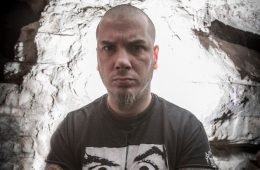 Manos SpanosMay 12, 2014
Former PANTERA and current DOWN singer Philip Anselmo joined BLACK LABEL SOCIETY on stage last night (Thursday, May 8) at Palladium in Worcester, Massachusetts to perform a cover of the PANTERA classic "I'm Broken". Fan-filmed video footage of his appearance can be seen below. During a September 2013 interview with Artisan News, BLACK LABEL SOCIETY mainman Zakk Wylde was asked about the possibility of a hypothetical PANTERA reunion with him filling in for the late "Dimebag" Darrell Abbott on guitar. "It'd be up to [former PANTERA members] Vinnie [Paul Abbott, drums], Phil and Rex [Brown, bass] — they're the guys that make everything happen," he said. "So if they were all gonna do it and honor Dimebag and [if they said to me], 'Zakk, would you wanna honor Dime and do Dime's parts?' Of course, I was a pallbearer for him — I laid him to rest — so, of course, I'd say, it would be a beautiful way to honor him and stuff like that. And to celebrate all things PANTERA and what they achieved. 'Cause they changed the game, as far as extreme metal goes. I mean, they're the kings of it. But it's up to the fellows. Then it would just be me woodsheddin' 25-8, learning all of Dime's parts, you know what I mean?! Yeah, but like I said, as far as I'm concerned, it would just be honoring Dime. Like with the Yankees, you honor… everybody's wearing Thurman Munson's '15' for that day, just because we're honoring Thurman's greatness. So it's the same thing, man." Asked about the possibility of a PANTERA "reunion" with Wylde filling in for Dimebag, Vinnie Paul told the Dallas/Ft. Worth, Texas radio station 97.1 The Eagle Rocks in March 2012: "I spent two hours with Zakk, sitting down — a really great talk about… [Zakk] calls [Dimebag] 'the old man.' I mean, [Zakk] and my brother were so tight. If [a PANTERA reformation] ever were to happen, [Zakk] would be the guy [to step in for Dimebag]. But I honestly think, out of respect for my brother, we should just leave the 14 amazing years PANTERA had be. We're all happy doing our own thing. We have to continue living and do other things." Dimebag's longtime girlfriend Rita Haney in 2011 called on Vinnie and Anselmo to settle their differences in honor of Dimebag, who was shot and killed by a crazed gunman while performing with DAMAGEPLAN at a Columbus, Ohio rock club in December 2004. Vinnie, who is Dimebag's brother, and Anselmo have not spoken since PANTERA split in 2003. But the relationship got even more acrimonious when Vinnie indirectly blamed Philip for Dimebag's death, suggesting that some remarks the vocalist had made about Dimebag in print just weeks earlier might have incited Dimebag's killer. Speaking to Fuse News, Anselmo said about the possibility of a PANTERA reunion with Wylde filling in for Dimebag: "For me, really, I think it would mean a lot for Rex and Vince and myself to sit down and, I guess, bury the hatchet where we can be on more friendly terms. And, you know, I think it would mean a lot to the fans." He added: "Without Vince, there's not any PANTERA reunion at all; it's useless. But he damn well knows my door's wide open. He needs to bust out the keys and unlock his, man. I'm waiting, but I'm not holding my breath."
04 min read 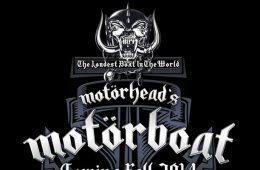 Manos SpanosMarch 12, 2014
MOTÖRHEAD's first-ever cruise, the MotörBoat, will launch onboard the Carnival Ecstasy on September 22 from Miami, Florida to Key West and Cozumel and back on September 26. Joining them will be MEGADETH, ANTHRAX, Zakk Wylde, DANKO JONES, FIREBALL MINISTRY, WILSON and more. MOTÖRHEAD's Lemmy Kilmister states: "This will be everything you've come to expect from a night out with us, except even louder, with more great bands and no way of escaping! "If you thought waves could rock a boat, you've got another thing coming with this lovely little outing!" MEGADETH's Dave Mustaine adds: "There never has and never will be another cruise like MotörBoat cruise. "Come on a thrashing voyage with MOTÖRHEAD, MEGADETH, ANTHRAX, Zakk Wylde and all Lemmy's friends. This is the coolest way to ever see a metal concert." ANTHRAX guitarist Scott Ian comments: "ANTHRAX, MOTÖRHEAD and MEGADETH at sea??? To quote Chief Brody, 'We're gonna need a bigger boat.'" "It's truly an honor to partner with one of the most iconic bands in rock music to deliver a one-of-a-kind fan experience for 'Motörheadbangers' from around the globe," says event producer Alan Koenig of ASK4 Entertainment. Tickets for the MOTÖRHEAD's MotörBoat cruise go on sale Tuesday, March 18 at noon ET. The Carnival Ecstasy, which recently underwent a multi-million-dollar refurbishment, features a tropical-themed resort-style main pool area, multiple dining options (including a 24-hour pizzeria), 12,000-square-foot Spa Carnival health club, a jogging track, as well as 12 lounges, bars and nightspots. For more information, go to this location. motorheadcruiselineup2014_638
02 min read 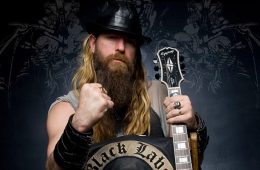