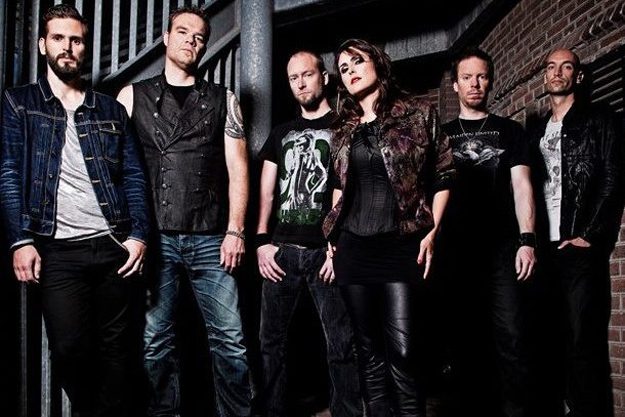 Dutch symphonic rockers WITHIN TEMPTATION will play a special intimate acoustic show on Tuesday, February 4 at HMV 363 Oxford Street in London, England (next to Bond Street station) at 6 p.m.

The performance will be an intimate 20-minute acoustic set, followed by a signing session to promote the band’s new album, “Hydra”.

You can purchase your copy of “Hydra” from HMV 363 Oxford Street on the day of the event and get it signed by the band after the performance. The album will be available to buy in all formats including the luxury box set version.

Due to license restrictions for live performances, the store has had to limit the number of fans attending the event to 180. Only those fans lucky enough to have a valid ticket will be able to gain access to this very special live performance.

Get your ticket here.

WITHIN TEMPTATION will release “Hydra” on January 31. The album will be available in several luxury formats. The cover artwork was created by by Romano Molenaar (“X-Men”, “Batman”, “The Unforgiving”), and can be seen below.

The digital premium album, complete with digi-booklet, will be available on iTunes and includes 18 audio tracks and a music video. The digital premium album features bonus “Evolution Versions” of four new songs, which contain audio commentary from guitarist Robert Westerholt and singer Sharon Den Adel and give you unique access to the development of the songs, their lyrical inspiration and the sound of the initial demos and vocals.