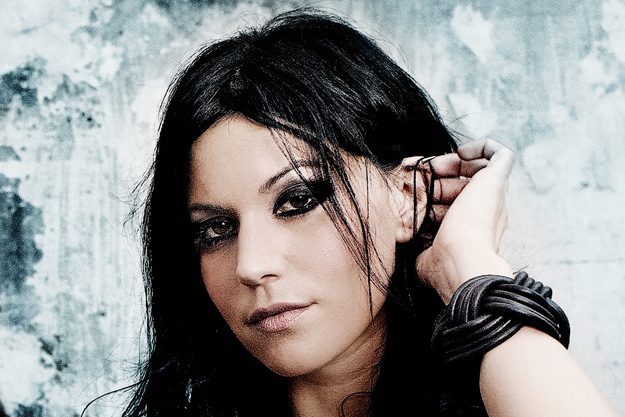 Comments LACUNA COIL singer Cristina Scabbia: “The ‘hottest chick in metal’ thing has been created some years ago from the U.S. magazine Revolver and that’s where the name of the upcoming tour is coming from.

“The magazine has been so grace me with the first cover ever with a female artist and I am very grateful for this.

“I don’t consider myself ‘hot.’

“I have my up and downs and surely don’t look at myself in the mirror contemplating the (non-existing) ‘perfection.’

“That said, when I see polls or even ‘contests’ in between people (fans of different bands) about ‘which one is the hottest chick in metal or rock,’ I feel glad to be included but I also…kinda feel like puking a bit.

“How can you say a person is ‘hot’ or not? Based on (the generic idea of) beauty?

“‘Hot,’ at least in my world and referred to a person, means someone who can be good looking (according to my personal taste so it doesn’t have to be universal) that has an interesting personality as well.

“In my life, I met super-good-looking guys that were as interesting and hot as a clam shell, therefore the ‘hot factor’ was not there at all, not even a chance.

“So the question (and I wait for your answers to see what you guys think of it, I am very interested) is: how can you know someone’s personality if you don’t personally know this person and say this human being is hot?

“Can really a static picture only make you think a person is ‘hot’?”