TRIVIUM’s PAOLO GREGOLETTO: Why There Will Never Be Another METALLICA 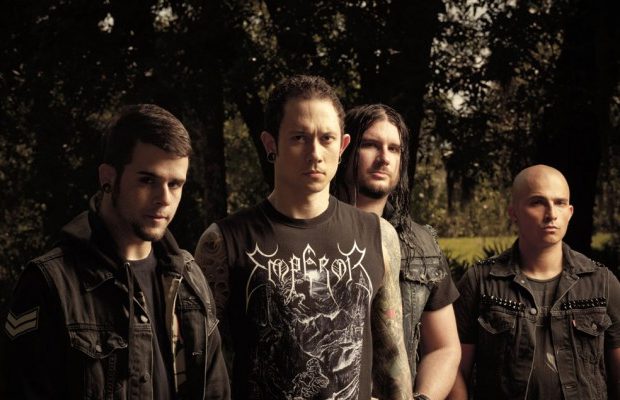 Alec Chillingworth of Stereoboard.com recently conducted an interview with bassist Paolo Gregoletto of Florida metallers TRIVIUM. A couple of excerpts from the chat follow below.

Stereoboard.com “In Waves” and “Vengeance Falls” both built on a sound that strayed significantly away from the progressive edge on “Shogun”.

Paolo: That’s one thing that we always talk about when we start writing for a new record: what can we do a little differently this time? What have we done in the past that’d be cool to bring back in? I definitely think there’ll be more progressive elements in the new music, but we just want to take what we’ve done on the past few albums — especially on the melodic side — and bring a bit of progression back into it. We’ve always had so many things at our disposal because we can be very heavy and we can be very melodic, we can be progressive, and when we write new songs we have all of that at our disposal, so we can just mix it up. We’ve all been writing again. We had a few weeks off for Christmas, which sort of inspired us to start writing again, but personally I’ve just been more focused on getting the best riffs. The first thing I did was start writing full songs, but then I just concentrating on writing good riffs and good parts. I didn’t force myself to finish the songs, I’ve been leaving it for when we get together and jam like a proper band. We’re just collecting ideas and talking about where we want this album to go.

Stereoboard.com: When TRIVIUM first arrived, you were commonly tipped to be “the next METALLICA.”

Paolo: It’s hard to pick bands out and say, “They’re going to be the next IRON MAIDEN! They’re going to be the next METALLICA!” I’ve thought about it and I’ve realized that every band is heading on a certain path, and I think the bands that will be left will be the ones who concentrate solely on writing the most honest music and who take it to that next level live. I think there are bands out there, and I include TRIVIUM with those, we want to push ourselves on our records, and we want to push ourselves live. The rest of it is just up to people connecting with it. People can’t expect another IRON MAIDEN or METALLICA because those bands built upon what came before them and created their own unique thing. METALLICA are a once-in-a-lifetime band, and for anyone to reach that bar is impossible. Everyone just does their own thing, and it’ll be those bands that’ll succeed.

Read the entire interview at Stereoboard.com.