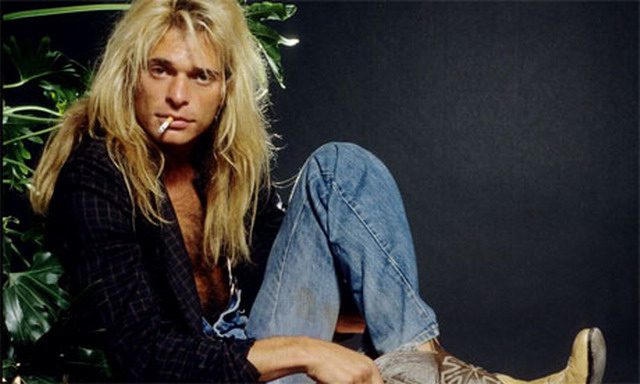 Episode 1 of Season 2 of “The Roth Show”, the video podcast program hosted by VAN HALEN singer David Lee Roth, can be seen below. In this episode, Roth discusses “The New York City Way”.

In a 2013 interview, Roth explained that “The Roth Show” started off as an experiment. “You can prop something up with your famous name for a day or two,” he said. “But does it really hold water? Let’s see if a new idea really has a chance. Inside a matter of weeks, it really caught fire.”

Roth last year said that his house in Pasadena, California is just about his only example of rock ‘n’ roll excess when it comes to possessions. “I’ve been here the length of the VAN HALEN career,” he explained. “A lot of folks in my position like things and stuff — an Italian sports car with a six-syllable name and an Italian trophy wife with a five-syllable name. This was the one material thing that I bought.”

VAN HALEN is working on its 13th studio album, according to ALTER BRIDGE guitarist Mark Tremonti. Tremonti — whose bass player in his solo band, Wolfgang Van Halen, is also the bassist in VAN HALEN — spilled the news in an interview with VH1 Network, saying, “With Wolfgang in the band now, he does a lot of work with VAN HALEN right now, they’re putting together a new album, so it’s going to be hard to get everybody’s schedules to line up.”

Tremonti admitted, however, that Wolfgang has not told him much about the next VAN HALEN effort, saying, “You know, he doesn’t. He just says, ‘Yeah, sounds great, man. Sounds great.'”

The question, however, is whether the material will be freshly written or pulled from the band’s vaults.

Many of the songs on 2012’s “A Different Kind Of Truth” originated from demos going back to the group’s earliest days, with Wolfgang telling The Pulse Of Radio, “There’s plenty of other ideas lying around.”

Roth said in an interview late last year that VAN HALEN had started work on a new record, revealing, “I write lyrics routinely and the band plays together routinely, at least three times a week up at Ed‘s [Van Halen] place.”