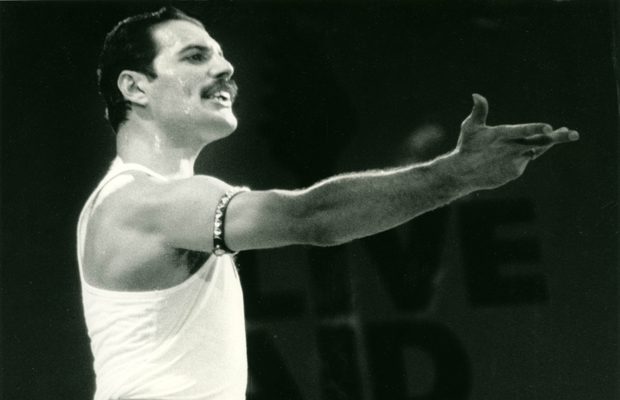 Last week, QUEEN announced a summer tour with Adam Lambert but that’s not all the band has going on. Guitarist Brian May and drummer Roger Taylor have been working on a biopic about singer Freddie Mercury and Brian gave VH1 Radio Network‘s Dave Basner an update on how it’s coming along.

“The movie is about to go,” May said. “We will be shooting in May. At this point, Roger and I step backwards because we have a great team to put the film together under the leadership of Graham King, who is probably the greatest independent producer in films. We will let them do it and shoot it and hopefully it will be an interesting thing.”

The movie has been in the works for years now and Brian spoke to VH1 Radio Network about what he’s learned about the moviemaking process.

“I’ve learned a lot about films in this process,” May said. “What you discover is films don’t really tell history, films are an entertainment and that’s an interesting journey to make. You realize that it cannot be absolutely true. What is the truth? The truth would be different for the people telling the story, but it will be a hell of an entertaining film I think.”

“It seems like the wheels grind slowly in the movie word,” he said. “I’m glad I’m a musician.”

There is no word yet on when the film will hit theaters but the tour with Lambert kicks off in June.

Ben Whishaw — best know for his portrayal as Q in the recent James Bond thriller “Skyfall” and Keith Richards in “Stoned” — will star as the flamboyant singer. He replaces Sacha Baron Cohen, who was originally attached to play Freddie but left the project last summer. The film will be directed by Dexter Fletcher, whose work includes “Lock, Stock, And Two Smoking Barrels” and the HBO series “Band Of Brothers”.