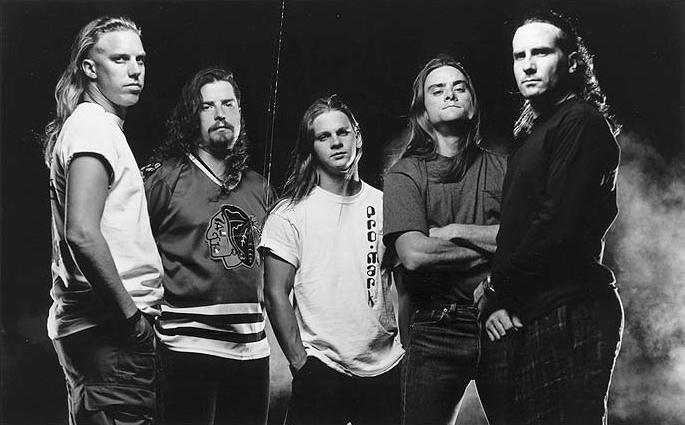 Arizona metal veterans FLOTSAM AND JETSAM have parted ways with guitarist Edward Carlson and bassist Jason Ward and have replaced them with Steve Conley and Michael Spencer, respectively.

Says the band: “After completion of the 2013 tour with TESTAMENT in the U.S., Edward Carlson was no longer able to tour due to physical issues that would require back and neck surgery to possibly correct. We will miss our comerade and wish him well on his next adventure. Steve Conley has been officially recruited to fill the spot. Having played with David Ellefson (MEGADETH) in F5, we are confident in his ability to hold the spot with integrity.

“Jason Ward‘s departure happened after the tracking of ‘Ugly Noise’. Jason had spent 21 years in FLOTSAM and decided to stay at home with his new family and career. He was, and is, one of the strongest personalities in the FLOTSAM catalog of players.

“We have all had a turn on the sidelines.

“We will miss his participation on the road and his witty humor.

“Shorty after the TESTAMENT tour in 2013, Michael Spencer took the helm as bassist. He was the first bassist to replace [Jason] Newsted in 1987 (Spencer was formerly in SENTINEL BEAST). He was a part of the writing of ‘No Place for Disgrace’ in 1987, and he was on our first tour with MEGADETH in the U.S. and Europe. With that history, it made perfect sense that ‘No Place’ should be redone. You can hear him on the reproduction of ‘No Place for Disgrace’.”

FLOTSAM AND JETSAM‘s current lineup is as follows:

Fan-filmed video footage of FLOTSAM AND JETSAM‘s March 9 performance at Effenaar in Eindhoven, The Netherlands can be seen below.

“Ugly Noise” is FLOTSAM AND JETSAM‘s eleventh full-length album, their first release on Metal Blade since 2001, and the follow-up to their 2010 album “The Cold”. The record also heralds the return of original members Michael Gilbert on guitar and Kelly David Smith, who hadn’t recorded with FLOTSAM AND JETSAM since “High” in 1997.