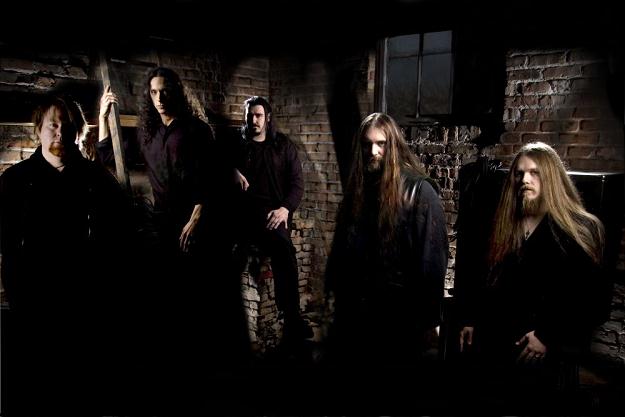 The fifth installment of the video blog documenting the studio sessions for the recording of the ninth NOVEMBERS DOOM disc, entitled “Bled White”, can be seen below. Sessions are being held at Belle City Sound in Racine, Wisconsin. The album is tentatively due for release in mid-summer 2014.

NOVEMBERS DOOM‘s eighth full-length album, “Aphotic”, was released in May 2011 via The End Records. The CD features special guests on several tracks: Dutch singer Anneke Van Giersbergen (AGUA DE ANNIQUE, THE GATHERING) appears on “What Could Have Been”; world-renowned violinist Rachel Barton Pine (EARTHEN GRAVE) lends her talent on both “What Could Have Been” and “The Dark Host”; finally, the man behind the mixing board, Dan Swanö (NIGHTINGALE, EDGE OF SANITY, BLOODBATH), adds his vocal touch to “Of Age and Origin”, also offering rare appearance of his mighty growl!