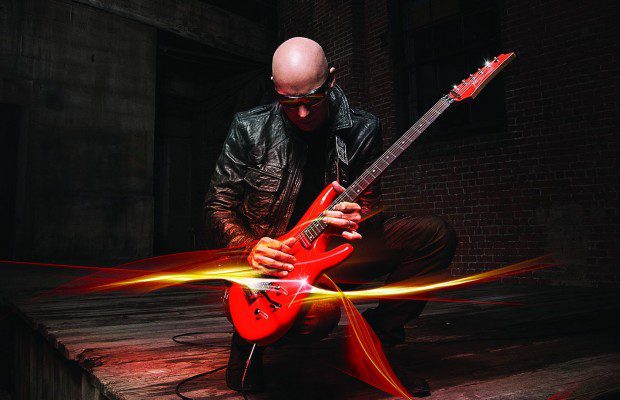 CHICKENFOOT drummer Chad Smith is hard at work with his other band, the RED HOT CHILI PEPPERS, so he doesn’t have time to work on a new album with the supergroup. VH1 Radio Network‘s Dave Basner caught up with CHICKENFOOT guitarist Joe Satriani and asked him what that means for the band’s future.

“I think it’s one of those years where [a new CHICKENFOOT album is] just not gonna happen this year,” Joe said, “but Sam [CHICKENFOOT singer Sammy Hagar] and I were just talking about… The oddest thing happened, I was watching an old show, it’s called ‘Later’ or something from England, and I saw Tom Jones do a great thing with Ethan Johns, who’s played drums on one of my records that his father, Glyn, produced for me and they were doing a trio — drums, Ethan on guitar and just Tom singing. It was great! I got this idea about something that came from a conversation I had with Sam where we wanted to do a blues album, but we were trying to figure out the simplest way to do it. And we kept thinking just two guys and then I was thinking, well, maybe three, I don’t know. And then I saw this thing, and so I said, ‘You gotta go out and get this album!’ It came out maybe in 2010 or something and it just passed me by somehow. That was the last conversation we had was talking about that and getting together next weekend.”

CHICKENFOOT‘s most recent touring lineup included legendary drummer/musician Kenny Aronoff, who was filling in for Smith while Chad was on the road with RED HOT CHILI PEPPERS.