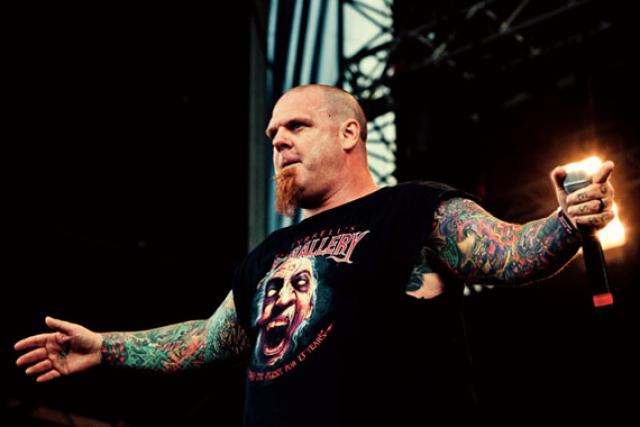 Speaking to Brian Aberback of Patch.com, EXODUS frontman Rob Dukes stated about the band’s upcoming CD: “This album is very fast and has more of a punk rock feel to it, whereas I think the last few EXODUS albums were metal epics, with longer songs. These songs are shorter and a little faster. It has a really different feel to it. It sounds great.”

During a December 2013 interview with “Metal Zone” host Nikki Blakk of the San Francisco, California radio station 107.7 The Bone, EXODUS guitarist Gary Holt stated about his plans for the band’s new studio album: “I’m heavily in riff mode [right now]. It’s always hard to gauge where a record’s going right away, but you kind of get a feel for where you’re headed mentally, and right now it’s really fast. It’s ridiculous.

“I wanna make sure that the [next EXODUS] album is as good as it needs to be, and knowing I am going to be on a tight time frame, it does tend to stress me out quite a bit. But I think I write well under stress… I hate the pressure. But I do what I gotta do. We all do. So we’ll make it happen.”

EXODUS has announced its participation in a monumental upcoming tour with headliners SLAYER and additional special guests SUICIDAL TENDENCIES. This metalhead’s “dream tour” kicks off on May 9 in Salt Lake City, Utah, and hits six more cities, including a stop at the world-famous Rock On The Range festival on May 17 in Columbus, Ohio. Gary Holt will perform double-duty on this run as guitarist for his band EXODUS, while also filling in for SLAYER‘s fallen guitarist Jeff Hanneman.