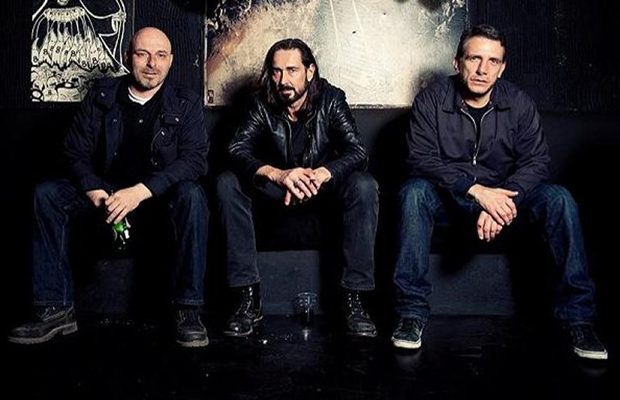 Reunited Swiss technical thrash metal masters CORONER have announced the addition of drummer Diego Rapacchietti to the group’s ranks. The band says in a statement: “Diego is an accomplished and innovative drummer. He has played in bands PAGANINI, VENTURIA, 69 CHAMBERS, and many more. Diego also has extensive experience as a studio drummer for various projects.”

Rapacchietti will make his live debut with CORONER on May 29 at Salzhaus in Winterthur, Switzerland. He will then join his new bandmates on their first Australian tour ever, set to kick off on June 5 in Melbourne.

Drummer Marky Edelmann (a.k.a. Marquis Marky) left CORONER in February, explaining in a statement that “it was clear from the start that I didn’t want to record another album. I love the sound of CORONER, but for me, it’s the moment to explore new sounds without the weight of the past on my shoulders.”

Originally part of the road crew for fellow countrymen CELTIC FROST, CORONER went on to become one of the most progressive extreme metal acts of the Eighties.

The connection between the Zurich band and CELTIC FROST was so strong, in fact, that CELTIC FROST frontman Tom G. Warrior offered to handle vocals for the emerging band’s demo. Warrior and CORONER entered Switzerland’s Magnetix studio on October 10, 1985, and nine days later they walked out with the impressive four-song 1986 release, “Death Cult”.