German symphonic metallers XANDRIA will release a new EP, “Fire & Ashes”, on July 31. The cover art for CD was created by Felipe Machado, who has previously worked with RAGE, BLIND GUARDIAN, IRON SAVIOR and RHAPSODY OF FIRE.

Three brand new songs will be featured on the EP: “Voyage Of The Fallen”, “Unembraced” and “In Remembrance”. In addition, XANDRIA has re-recorded two all-time favorites of the band’s fans, “Ravenheart” (originally recorded for the album “Ravenheart” in 2004) and “Now & Forever” (“India”, 2005). Cover versions of SONATA ARCTICA‘s “Don’t Say A Word” and Meat Loaf‘s “I Would Do Anything For Love (But I Won’t Do That)” will also be included on the effort.

The official lyric video for the song “Voyage Of The Fallen” can be seen below.

Regarding the decision to cover “I Would Do Anything For Love (But I Won’t Do That)”, XANDRIA said: “During the photo shoot for the ‘Sacrificium’ record, we were digging through our music libraries to find something appropriate for getting us in the right mood. At some point we got stuck with an artist every one of us had a crush on someone with and a story to tell about back then from our teenager days in the earlier ’90s. We straight away started joking about doing a XANDRIA version of this particular song, but really forgot about it until the discussion of doing some remake for an EP came up again. With the biggest respect we started this operation of transforming one of our all-time faves, a real classic, into a XANDRIA hymn. Well, we think we quite did an ‘okay’ job and on July the 31st, it’s your turn to decide whether you’ve got a favorite song or not.”

XANDRIA‘s sixth album, “Sacrificium”, was released in May 2014 via Napalm Records. According to the band, the follow-up to 2012’s “Neverworld’s End” “continues the musical journey and direction” of the last CD but “brings in even more of everything people liked” about “Neverworld’s End”.

XANDRIA in 2013 parted ways with their singer of three years, Manuela Kraller, and replaced her with Dutch vocalist Dianne Van Giersbergen, who also fronts the progressive metal outfit EX LIBRIS.

Dianne Van Giersbergen made her live debut with XANDRIA at the end of November 2013 on a Spanish tour. 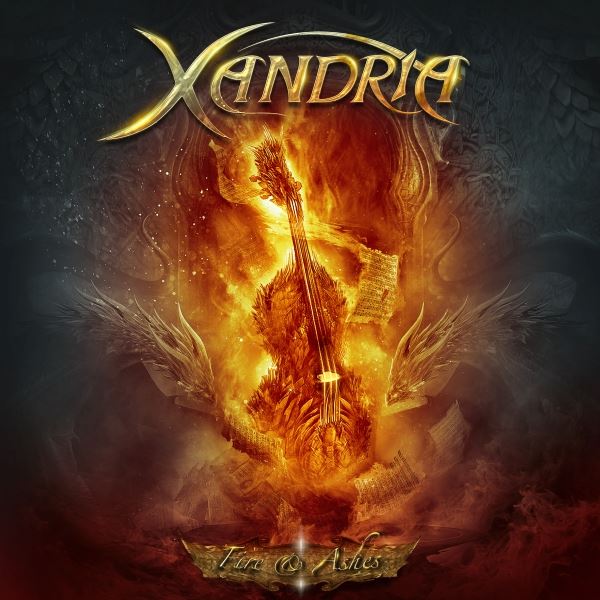