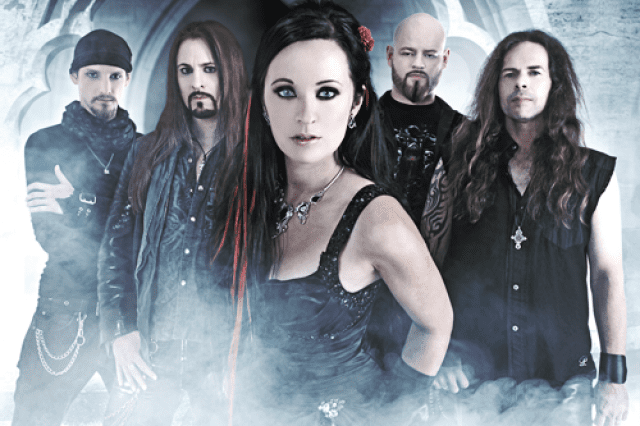 “Sacrificium”, the sixth album from German symphonic metallers XANDRIA, will be released on May 6 (one day earlier internationally) via Napalm Records. According to the band, the follow-up to 2012’s “Neverworld’s End” will “continue the musical journey and direction” of the last CD but “will bring in even more of everything people liked” about “Neverworld’s End”.

The official video for the song “Nightfall” can be seen below.

Said Manuela in a statement: “After three years with the boys in XANDRIA, I decided to follow a different path and go my own musical way.”

The sympathethic Bavarian singer left with regret but also full of gratitude, thanking band and fans for the time they had together and being grateful for the “wonderful moments in mutual tours and shows.” Manuela also wished Dianne and band “all the very best for the future!”

Dianne Van Giersbergen made her live debut with XANDRIA at the end of November 2013 on a Spanish tour.

Fans had a last chance to see Kraller singing with XANDRIA in October 2013 in Leipzig, Germany and Pratteln, Switzerland, where she performed at the Masters Of Symphonic Metal festival at Z7.