MEGADETH To Tour Australia With CHILDREN OF BODOM

MEGADETH has announced an headlining tour of Australia with special guests CHILDREN OF BODOM.

LAMB OF GOD drummer Chris Adler will pull double duty on the band’s upcoming U.K./Ireland tour with MEGADETH, CHILDREN OF BODOM and SYLOSIS, having recent been recruited by MEGADETH mainman Dave Mustaine following the departure of Shawn Drover.

Adler recently said he hoped to be able to work with MEGADETH as much as possible, but that he would never leave LAMB OF GOD. “If ever it came to a point where there was a question of ‘this or that,’ it’s gonna be LAMB OF GOD,” he explained. “LAMB OF GOD is my baby. Being in MEGADETH is kind of like I’m helping babysit somebody else’s kid. I love being there, but it’s not… that’s not where home is, for me.”

MEGADETH‘s 15th album is due out in late 2015 or early 2016, while CHILDREN OF BODOM‘s ninth studio CD, “I Worship Chaos”, will arrive on October 2 via Nuclear Blast. 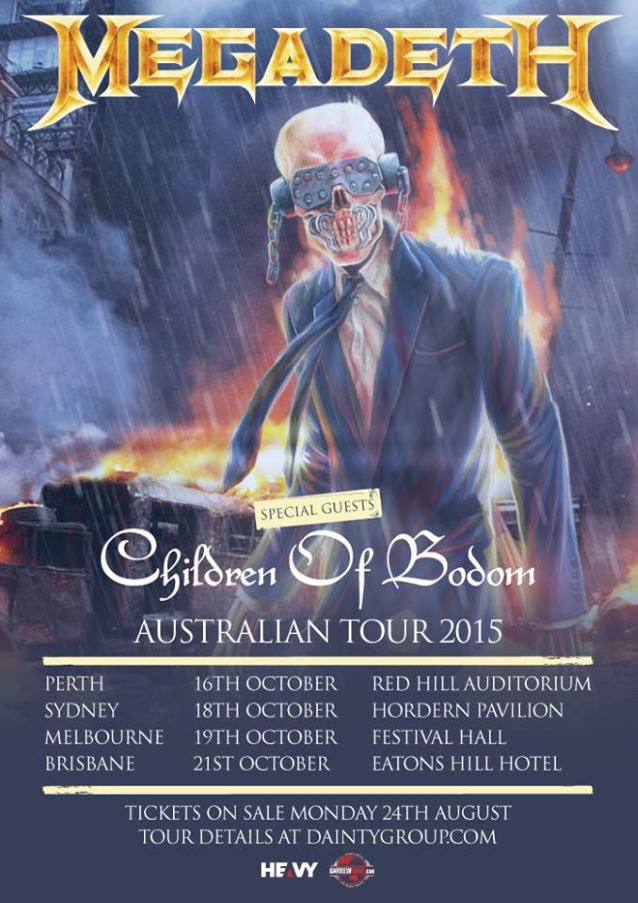