The first single from “Hellelujuah”, a song called “By The Blood”, is available for streaming using the SoundCloud widget below.

“We’re excited as hell to get our brand new single out to everyone!” says guitarist CJ Pierce. “Back to the core sound you know from DROWNING POOL! Crank it up!”

The single made its radio debut yesterday on SiriusXM‘s Octane. “By The Blood” will also be featured during World Series Of Fighting 25 taking place tonight. This is an eight-man, one-night tournament for the top contender spot for the World Lightweight Title taking place at 11 p.m. Eastern / 8 p.m. Pacific on NBC Sports at Comerica Theatre in Phoenix, Arizona.

The cover art for “Hellelujuah” was designed by world-renowned artist Brian Mercer, who has previously worked with Chris Cornell, LAMB OF GOD and HIGH ON FIRE.

DROWNING POOL earlier in the year embarked on the second leg of its “Sinner Unlucky 13th Anniversary Tour”, on which the band played its 2001 debut album, “Sinner”, from start to finish.

The “Sinner” album arrived in June 2001 and featured the monster single “Bodies”, plus follow-up rock radio hits “Sinner” and “Tear Away”.

Original DROWNING POOL frontman Dave Williams, who sang on “Sinner”, passed away from heart disease on the band’s tour bus in August 2002, while the group was out promoting the record.

In January 2004, the band announced the addition of singer Jason “Gong” Jones. Their sophomore effort, “Desensitized”, followed several months later. In 2006, Ryan McCombs assumed the vocal duties, and a year later they released “Full Circle”, followed by a self-titled album in 2010. McCombs, the only singer to ever record more than one album with the group, departed the following year, and was replaced by SUICIDE HOOK vocalist Jasen Moreno, who made his official debut on “Resilience”. 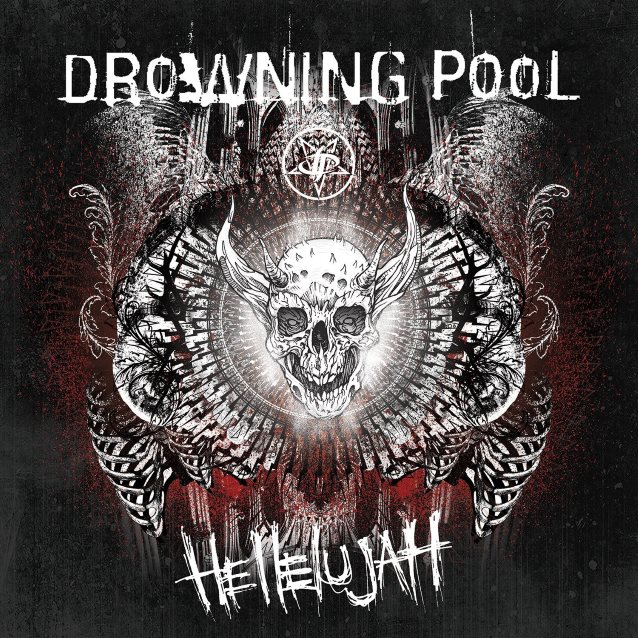