To pre-order your copy — and to hear clips of each track — visit metalblade.com/metalmassacre.

PRIMORDIAL‘s Alan Averill — who compiled the tracks for “Metal Massacre 14” — comments: “‘Metal Massacre’ is an institution that has been dormant for far too long. It served as a vital first step for many bands who are far too numerous to mention back in the early ’80s. For fans, it was often the first time engaging with many of these acts, some of whom went on to become household names. Some, of course, didn’t, but the rough and ready underground character of ‘Metal Massacre’ is what set it apart from other compilations back in the day. Those old recordings captured the vitality and energy of the time: all analog hiss, rattling drums, roaring bass and feedbacking solos… No Pro Tools compression, cut-and-paste editing or triggered drums back then. You set the tape rolling and then played for your life. It was in this spirit that I went about compiling a new ‘Metal Massacre’, with an old-school mindset. Not the most modern sounding, but the bands that capture a more DIY underground spirit that resonates with what ‘Metal Massacre’ once represented. Of course, the musical climate is different, and you probably won’t be listening to the next METALLICA, but what is important is that this spirit does not die and that Metal Blade still supports this underground, underdog ethos. So I give you ‘Metal Massacre’! Back from the dead! Here’s to the next one!” 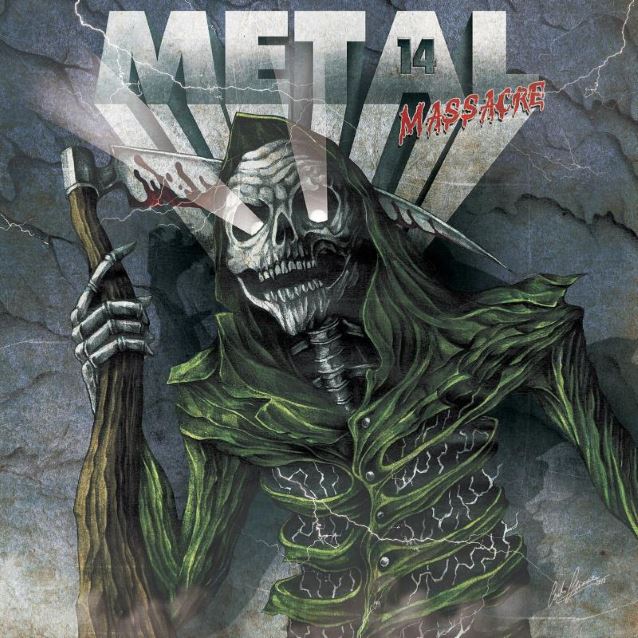