They were the Kings of the Road. They lived on it. They loved it and the fans loved them! Never was the spirit of MOTORHEAD more alive than when they were on tour, shake, rattle and rolling audiences to within an inch of their lives thanks to that indomitable cocktail of power, purpose and head-crunching volume. In fact, after four decades of bone-pulverizing duty, MOTORHEAD were still enjoying sold-out gigs worldwide.

On November 20th and 21st 2015, at the Zenith in Munich, Germany, UDR Records made the decision to record – what happened to be the very last live shows ever recorded – and MOTORHEAD proceeded to deliver two storming sold out shows. Where there had once been almost too-fast breakneck pace, there was measured yet still thunderous rock’n’roll served up only as they could, Phil Campbell playing better and better, and Mikkey Dee elevating the art of drumming to the superlative heights which made him one of metal’s most coveted skinsmen.

He sounds so dialed in, a little mean even (in the best possible way) snarling here and there, cackling when appropriate, and singing in a way which will defy every single pre-conceived expectation you might have had. Yes, he was fighting ailments. But no, he was not flimsy or faded, in fact on “Clean Your Clock” he lays down the marker for all near-70 year olds in terms of wicked bad-assery.

Those first strains of the mighty “Bomber” are like a salve to all heavy metal souls, the reverberant classic forcing you to turn it up, Lemmy snarling and roaring. “Metropolis” grooving like the day it was written, and “Overkill” as mighty as ever…. But here is the unavoidable truth. There will be no more MOTORHEAD tours because Lemmy is no longer here. Many, many people did not get a chance to hear them one more time on what proved to be their last-ever piece of road work which makes “Clean Your Clock” a vitally important release. It is both a celebration and an epitaph, glorious yet not without melancholy, maintaining the warmth and curve of Motörhead’s unique live sound.

“Clean Your Clock” is the natural sound of one of rock’n’roll’s mightiest, rarest and most astoundingly excellent beasts – MOTORHEAD. There isn’t a plaudit they haven’t received and there isn’t a plaudit they don’t deserve. And if there had to be a ‘final’ MOTORHEAD album, perhaps it is fitting that “Clean Your Clock“, a superb live encapsulation of the band at home, is the one.

So TURN-THIS-UP because as Lemmy himself said, the only way to feel the noise is when it’s loud… and remember Lemmy andMOTORHEAD in the best possible way and keep in mind what he always said: Don’t forget us, we are MOTORHEAD and we play rock’n’roll! 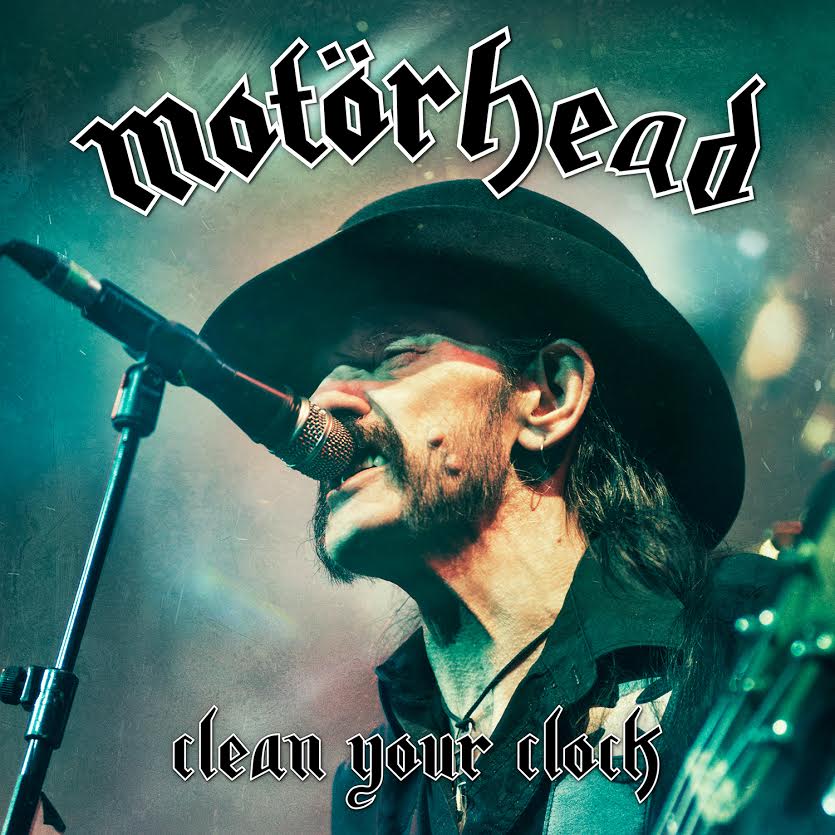