In a recent interview for METALPATHS, DEVILDRIVER frontman Dez Fafara stated that the band is going to start playing four COAL CHAMBER songs on the forthcoming tour this summer.

He added: “… I had a late night phone call with GLENN DANZIG, called my house, and he told me ‘listen when I left the MISFITS, I played SAMHAIN songs and MISFITS songs when I was playing DANZIG songs. When ROB ZOMBIE left WHITE ZOMBIE he played WHITE ZOMBIE SONGS. Why have you waited for long?”

You can listen to this excerpt of the interview below while the entire chat is coming soon in a readable and audible format.

DEVILDRIVER released their latest critically acclaimed album “Trust No One” in May 13 2016 which did exceptionally well in billboards and is in the conversation for their best album to date. 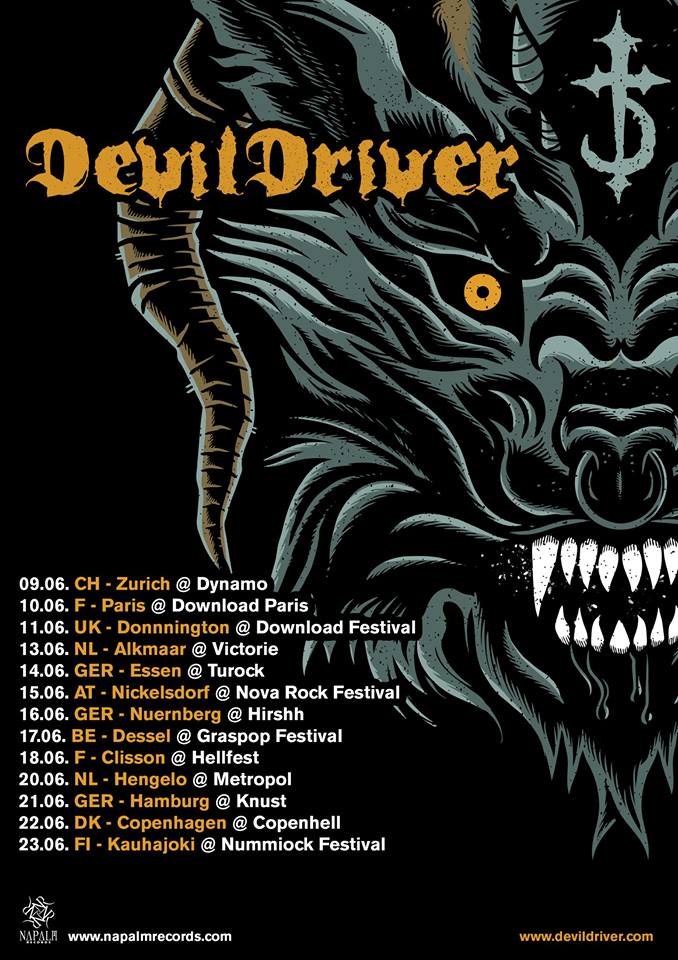