Gagarin was –as I expected- full of people when I arrived, so I went upstairs to enjoy the show and to have a better view to the stage! I was full of excitement and I was looking forward for that live many months, because Amorphis is one of the bands I adore and respect the most.

First of all, I must say that I couldn’t manage to arrive there on time and I missed the first support group named Amoral, a Helsinki-based death/melodic metal band born in 2000, with great success all over Europe. As far as I know, they played some of their best songs: “Pusher”, “Year Of The Suckerpunch” and “Sex n’ Satan”.

The second support group is Before The Dawn, a gothic/melodic metal band from Nastola, Finland. The audience – and me of course – liked them a lot! Especially, their drummer Atte Palokangas , was doing crazy things with his sticks. Also, their lead guitarist Juho Raiha made good impressions with his guitar skills and his endless head banging. The songs that put the crowd on fire were “Dying Sun”, “Scar”, “Unbreakable” and “The Deadsong”. With their warming up, they got us ready for the band we all came there for … Amorphis! 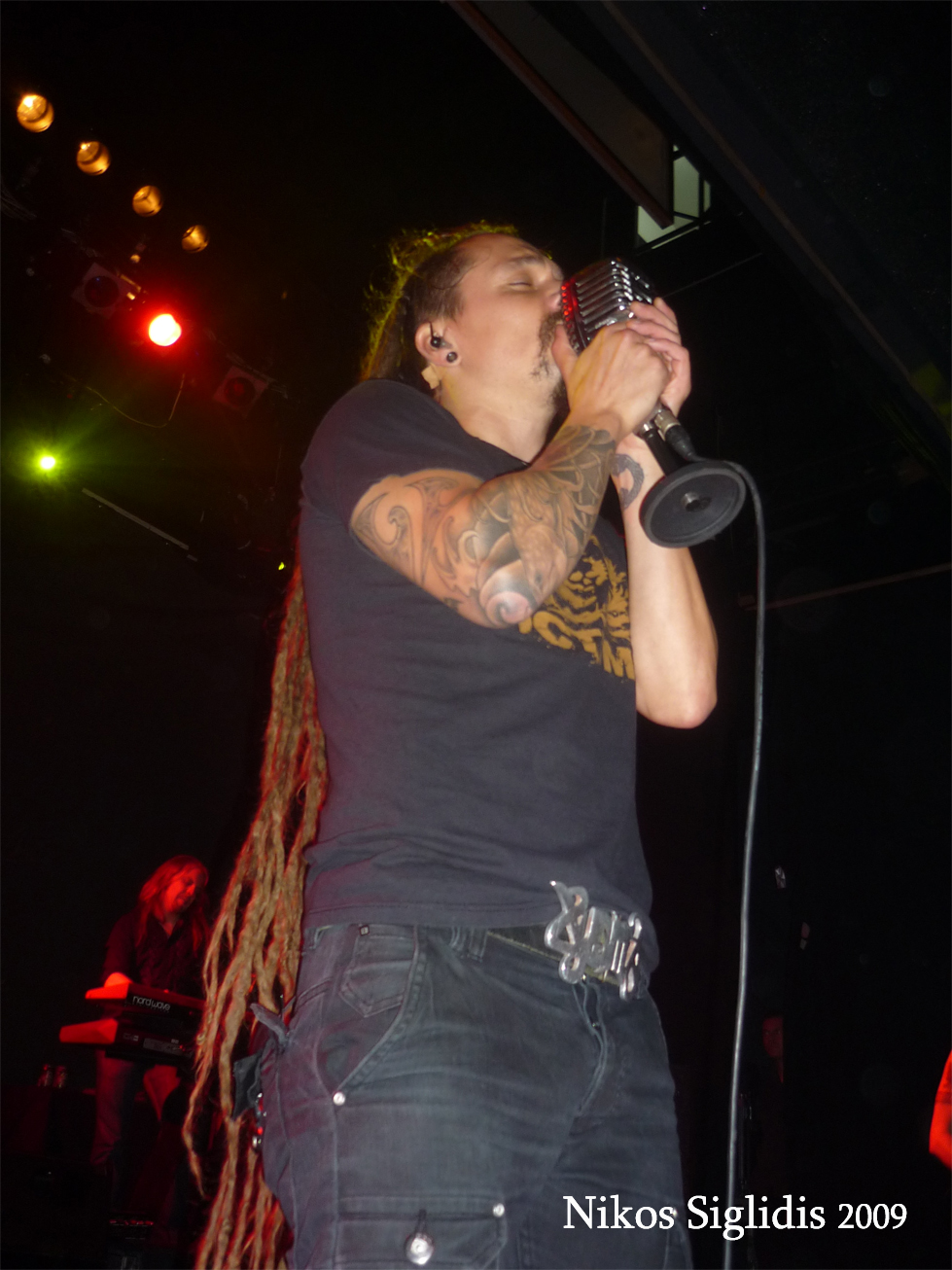 At last, they showed themselves on stage a few minutes before 22:00 o’clock. They begun their show with the intro “Silver Bride” and “Sambo” from their new album “Skyforger” and continued with the “Towards and Against” from “Eclipse” and “The Castaway” from their best album –in my opinion- “Tales From The Thousand Lakes”.

We were all, literally in trance when Tomi Joutsen sang so amazingly perfect “The Castaway”, one of my favorite songs. There is no doubt; he is the best singer that Amorphis ever had.  They continued the show with the songs: “The Smoke” from the album “Eclipse”, “Majestic Beast” from “Skyforger” , “Alone” from “Am Universum” and my favorite ballad “Silent Waters” from the homonymous album. I found myself almost crying from happiness that I finally saw them and heard live all these awesome songs. Tomi’s voice works like a drug to me. Esa Holopainen’s guitar and Niclas Etelavuori’s bass travels me to imaginary places while playing their new ballads from “Skyforger”, “From The Heaven Of My Heart” , “Sky Is Mine” and two of the most beautiful, melodic and dark songs from the “Tales From The Thousand Lakes”: “Magic And Mayhem” and “Black Winter Day”.

I really, don’t have any words to describe what I was feeling at these unforgettable moments. It was like all of us were lost in space with the company of Amorphis’s lyrics and music. Because, Amorphis is not only the brutality of Tomi’s vocals, or the speed and professionalism of Jan Rechberger’s drums. It’s also, the lovely sounds of Santeri Kallio’s keyboards and Tomi Koivussari’s guitar. Each one of them is unique and great musician. They deserve our admiration our support and our love.

So, after the “Black Winter Day”, Amorphis left very quickly the stage saying “Goodnight! Thank you all!”. But we knew that there were more songs coming. Nobody moved a muscle. We started shouting rhythmically “Amorphis!-Amorphis!”. Five minutes later, they were on stage again, playing the “Karelia” and “Sign From The North Side” from “The Karelian Isthmus” album. I was happily surprised that they played so old songs! But they kept the best for the end! The next song was the “House of Sleep” from “Eclipse” album. We were singing all together its beautiful refrain while Tomi was giving us his best and prettiest smile enjoying himself with our passionate reaction and urging us to sing louder and louder! 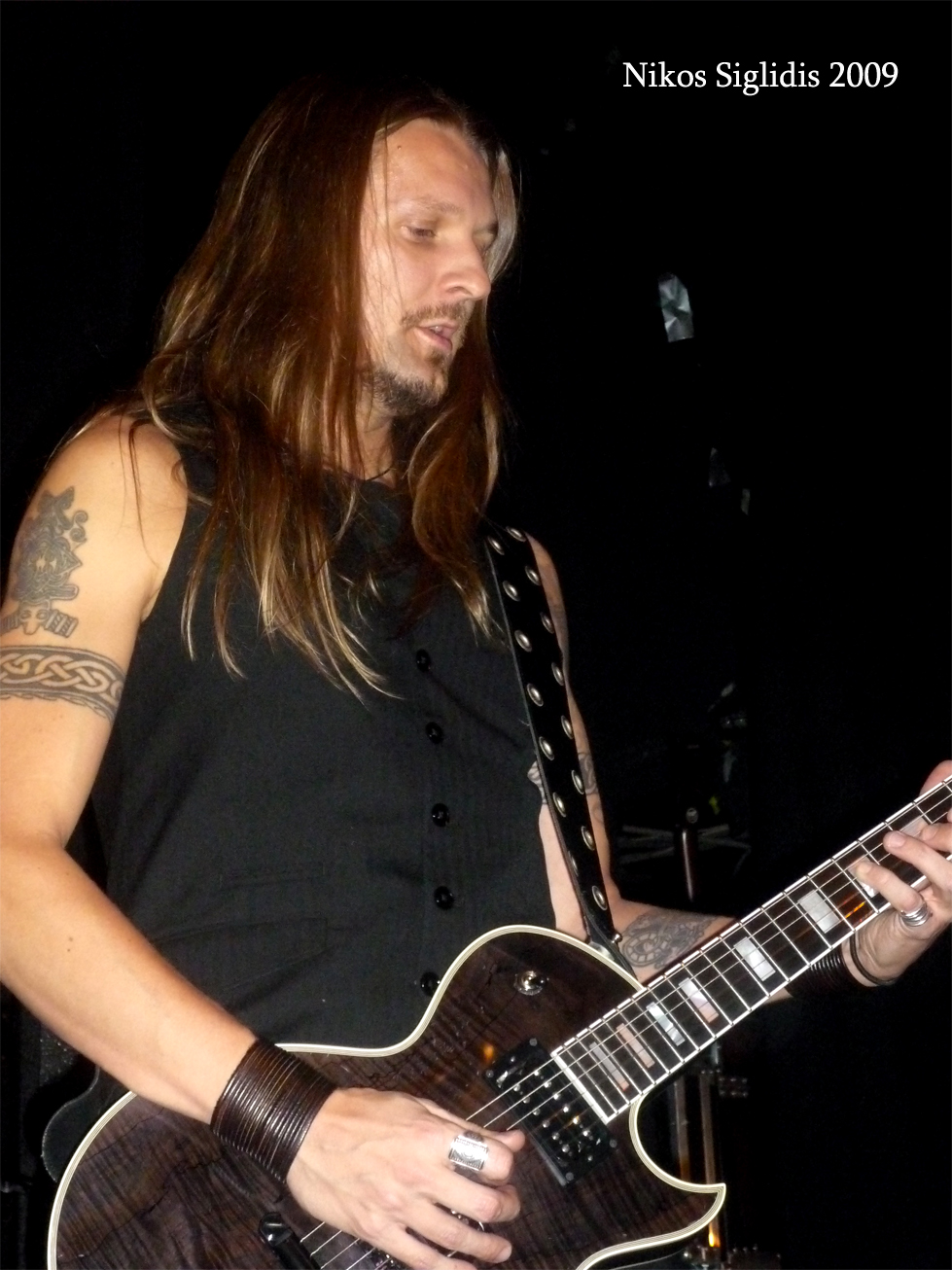 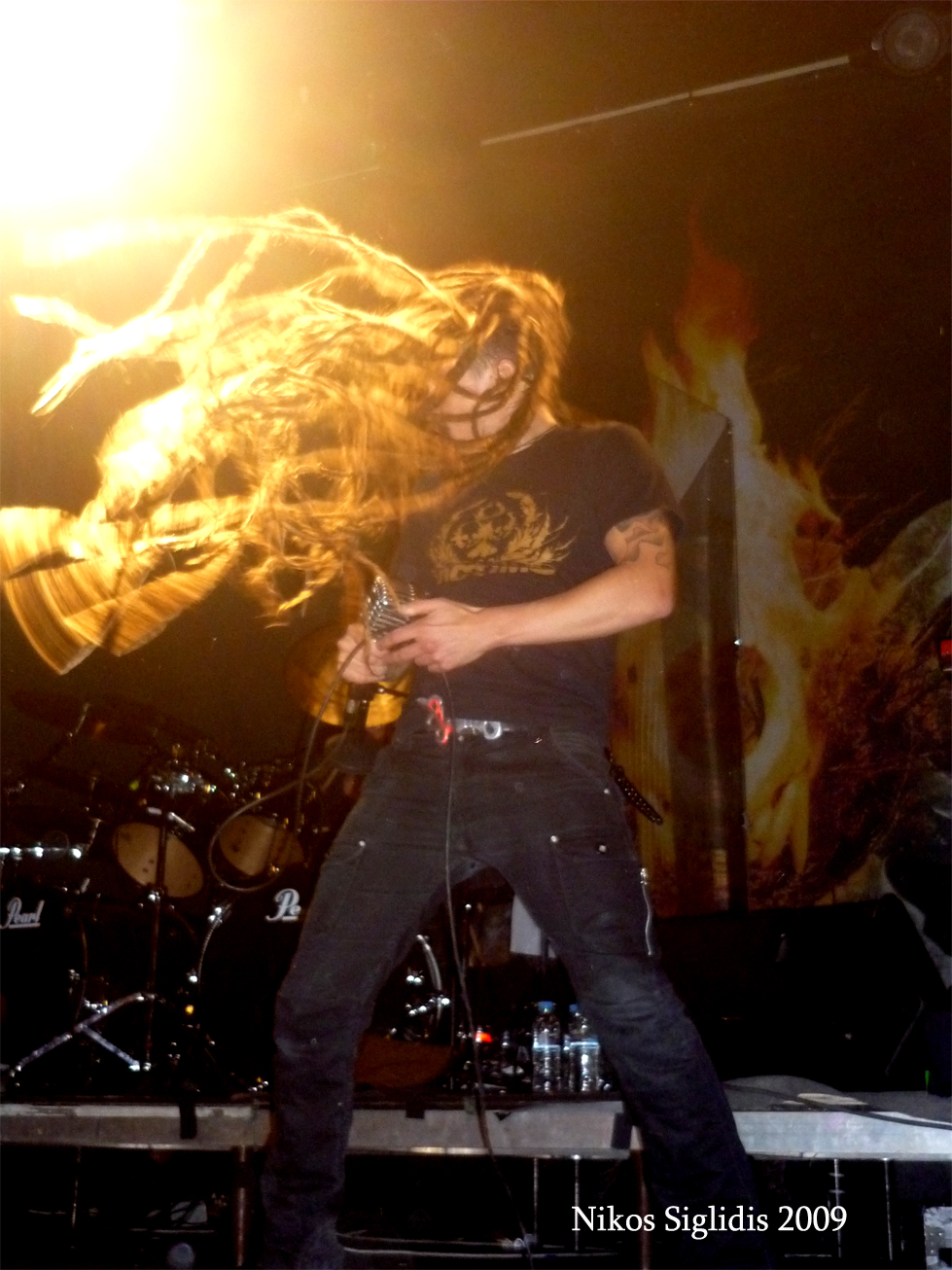 And, the last song for this unbelievable night was “My Kantele” from “Elegy” album. They were playing for 2 hours and I didn’t understand how the time passed so quickly! I could have stayed there and listen to their perfect music even longer! But I know that the good things that happen, last for a while in this life.

So, Amorphis said their last “Goodnight” to us and thanked us many times for our warm and enthusiastic welcome. It was obvious, Greece love Amorphis. We proved that for the second time! Gagarin was as full as it could get, especially downstairs in frond of the scene. Many fans from the audience tried to stage dive, but the security guards put them off. What a pity. Despite that, it was a marvelous scene. Imagine that! Tomi sings and head bangs with his extremely long Rasta-hair and the fans doing stage dive and head banging! Priceless!