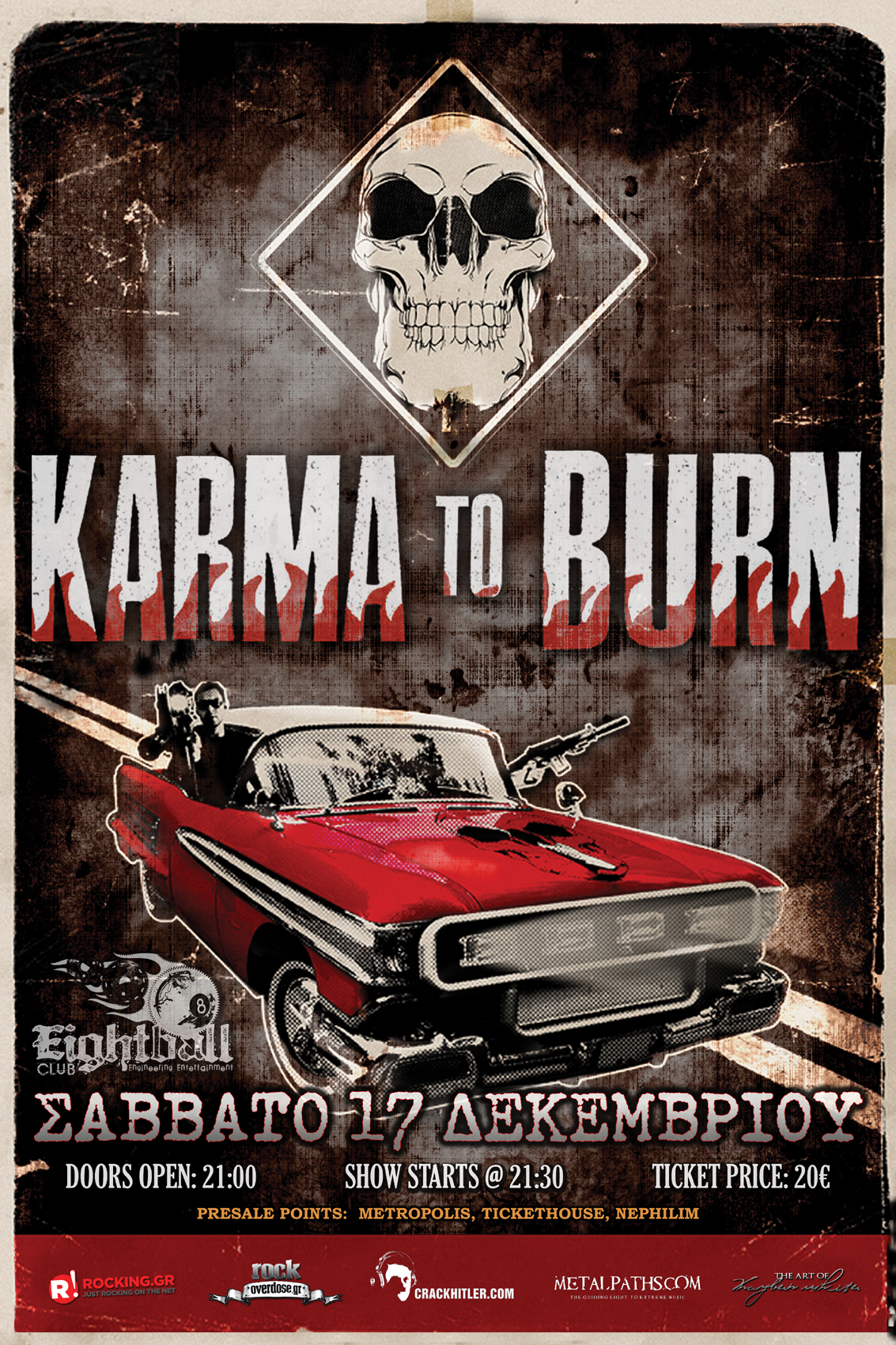 First of all let’s talk about the Greek supports. The first band to appear was “The Dive” an Athens based band introducing their debut album! A very strong performance with colorful compositions and a tight connexion of the band as performers! Very promising band. Next in line came Planet of Zeus the second Greek supporting act. With the success of their latest album “Macho Libre” they made an excellent job warming-up the crowd. Excellent sound, heavy riffs, everything in their advantage for a perfect show. As usual! After the “introductions” Karma to Burn quickly came in with the fresh song “Forty Seven” and the fire spread out! William Mecum and Rich Mullins were giving their best and it was clear enough they enjoyed it! Rob Oswald on the other hand looked more severe and focused with an outstanding drum performance! The truly amazing fact with this band is that despite the absence of lyrics the desert sounds of their songs give the crowd all it needs to blow minds! I don’t thing there are many words to describe the feelings of this show… K2B is like an individual concert for each one! So amazing when I played their setlist at the lottery the next morning, I won!! Greetings from the Bahamas…