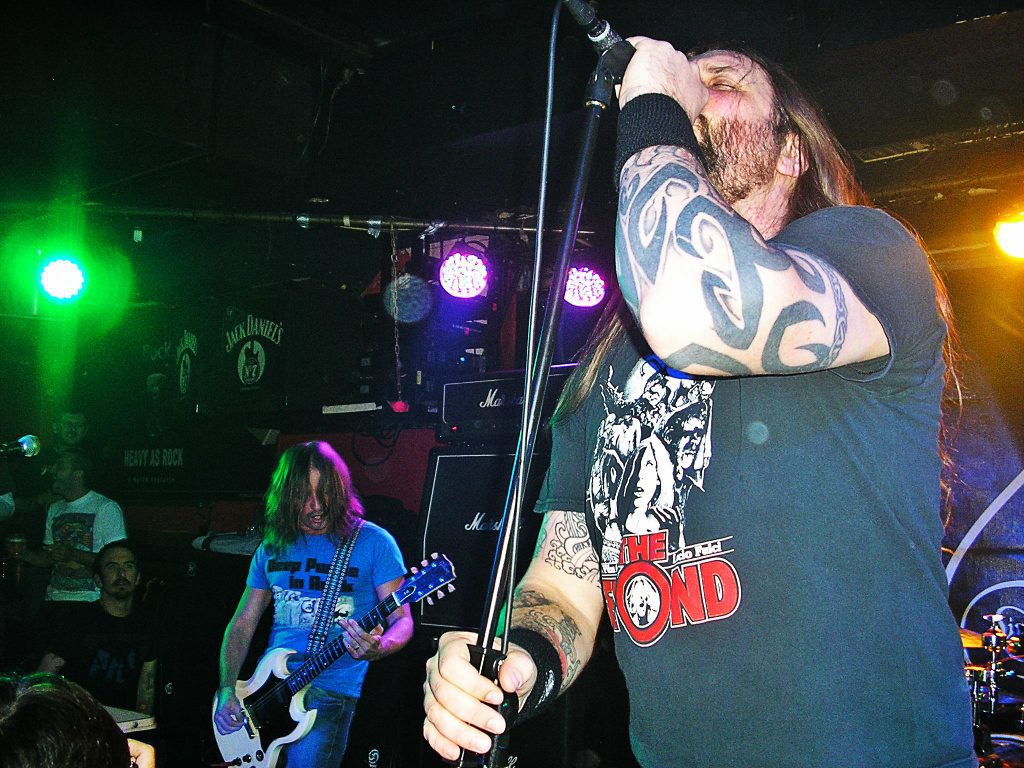 It’s been numerous times that British heavy metallers (as they like to declare themselves) Orange Goblin have visited our country and this time they came short enough compared to their last year gig. Once again we had a tremendous professional behaviour towards the fans and I was very happy to see many new young fans entering the show. A sample that the youth of today find quality in the really essential bands and don’t get affected by the hype of the era or the needless effort of media to promote bands that don’t deserve it at all. This time we also had a very good support band that made its presence more than notable and the whole show finished just two hours after its beginning in half past nine, so everyone had easy access to transportation and left more than satisfied. 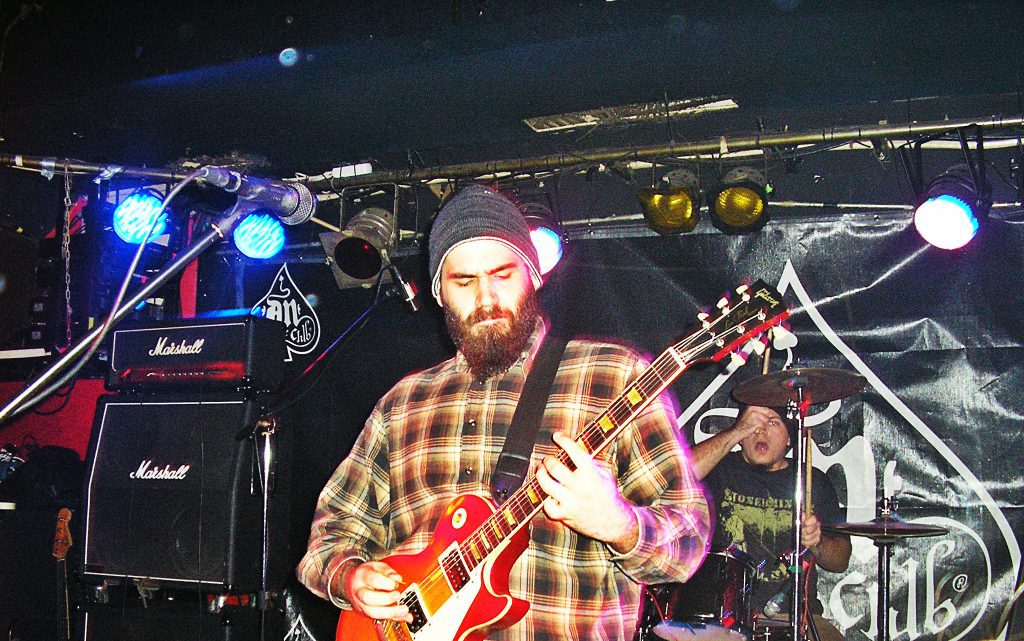 Stonebringer is a Greek band that plays the American style of sludgy heavy rocking metal music and they are surely showing they are proud of it. Two guitarists that also share the vocals and bang their asses and heads, a bassist that follows them where needed and also can’t stand still even for a second and a crazy but also very capable drummer that hits everything hard and loud is what you’ll see in this band. I apologize to the guys for not knowing them so far, but I really declare myself a fan of them and I suggest everyone who encounters them in the future to take a good notice of them (and buy one of their very elegant t-shirts as well). Imagine a mixture of Pantera, Crowbar, Down, some Clutch (or even Orange Goblin) here and there and hints of Black Label Society. Music for beer, beards, filth and riffs until the end. Well done to the guys, who gave all they had and gained the sincere applause of the crowd. I wish them the best to come.

Orange Goblin is a live guarantee every time you see them. The result is always the same (if not better) and the only thing that changes is the t-shirts the band members wear and the amount of beard they carry. When a gig starts with ‘’Scorpionica’’ which is most times the last track they play, you understand they came to conquer everyone from the first second. It was show number 147 for this year as they said, but they didn’t show any sign of tiredness or lack of fun. With tracks such as ‘’Acid Trial’’, ‘’Saruman’s Wish’’, ‘’Round Up The Horses’’ and ‘’The Fog’’, they have already owned the crowd from the first twenty minutes. 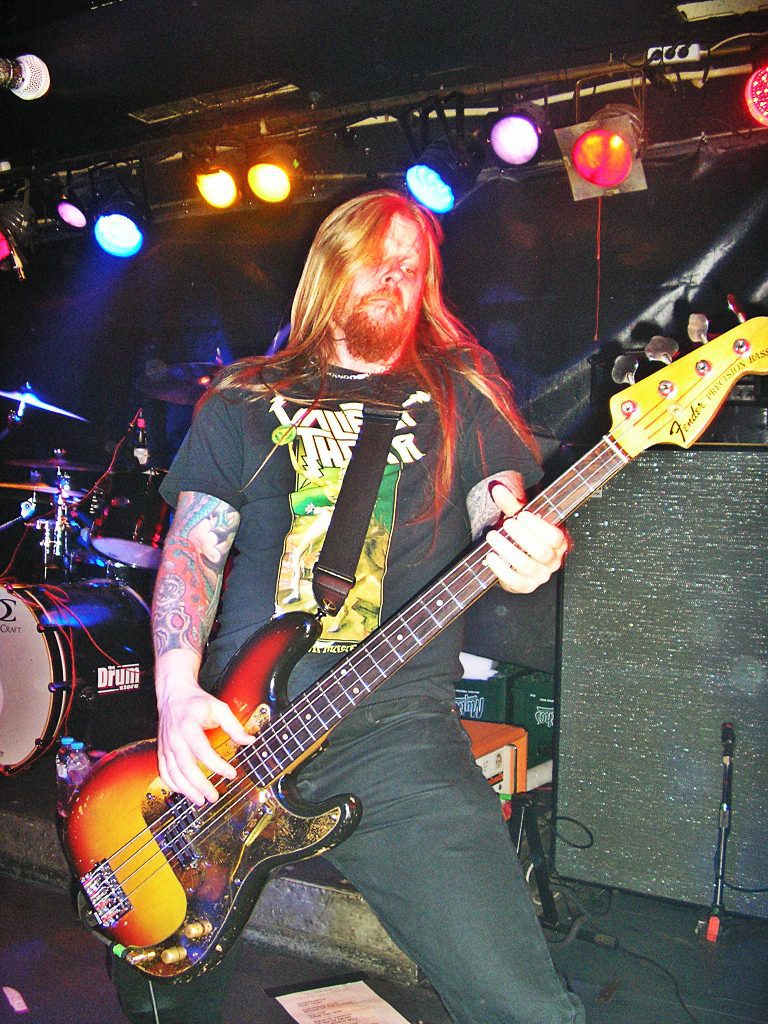 On ‘’Some You Win, Some You Lose’’ though, the party seems to start exploding and with ‘’Aquatic Fanatic’’ (first song they ever released) things take their turn on a relentless grooving breakdown until the end of the set.

‘’Cities Of Frost’’ are the perfect track to be played before ‘’Your World Will Hate This’’ (stoner thrash anyone?) which is the track they entered the stage on their first gig in Greece ever in April 2002. As you understand, memories returned and since I haven’t heard it since then, I left my head really loose on this one. ‘’They Come Back’’ is a tribute to zombie horror movies, giving its place to the last quartet of frenzy which begun with ‘’Blue Snow’’, continued with the title track of their best album ‘’Time Travelling Blues’’ and gave its place to the final duo with ‘’Quincy The Pigboy’’ and ‘’Red Tide Rising’’. They played only 65 minutes and we surely wanted a couple more tracks or ten to fifteen minutes more, but none complained in the end, as they all were happy with the band’s performance. All four of them were lovely and showed that they really feel happy whenever they return to Greece and promised to come back as soon as possible. Clutch my ass if you don’t like them, this is a band which should have 3000 people instead of 300. End of story. To try and explain how great they sound live, is like trying to make a circle out of a square. You HAVE to be there and witness it. Until next time, round up the riffs guys.