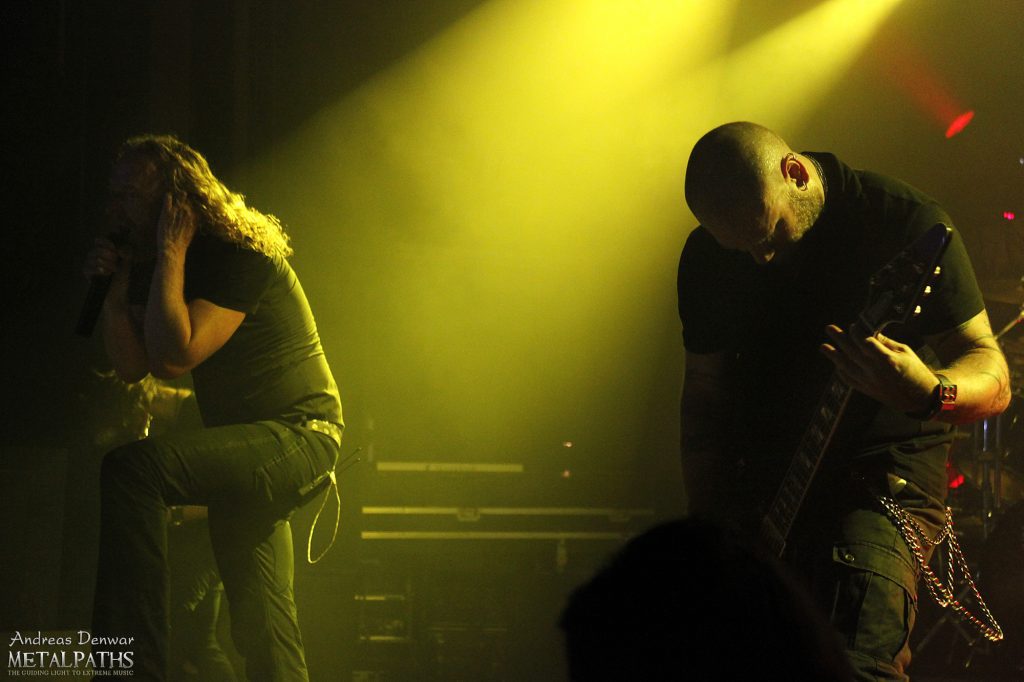 After a three year absence from Greece, Dark Tranquillity returned to Athens as part of the “Construct World Tour“. Playing with passion and vigor presented a quite remarkable show, proving their role as leaders of Swedish melodic death metal. Joined by two excellent Greek opening acts, a prog/melodic death metal group Wings In Motion, and a dark/death metal group W.E.B., everything indicated that we were about to witness a perfect show as proved. 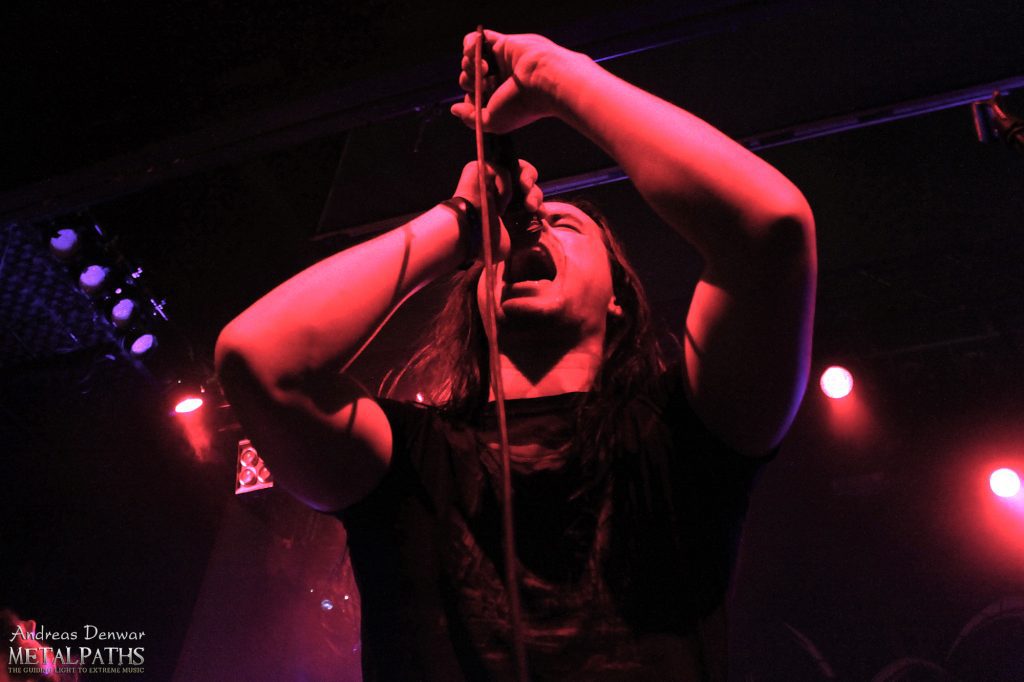 The show started on time as planned and for the next 30 minutes Wings in Motion performed songs from their upcoming full length album “Cyclicity“. For those who are unfamiliar with Wings in Motion, is a band designated as a progressive/melodic death metal, including technical riffing, keyboard elements and a constant switching between scream and clean vocals. A very promising band which successfully tried to warm up the audience.

The second support act was W.E.B., a well known dark metal band from Athens who managed to create a grandiose atmosphere, playing songs mostly from their new album “For Bidens” as well as from the two previous ones. As it was my first time seeing them on stage i was impressed by the vibe and energy they created and how imposingly they transposed it to the audience. A tight band performing a flawless show proof of their hard work they’ve made through the years. 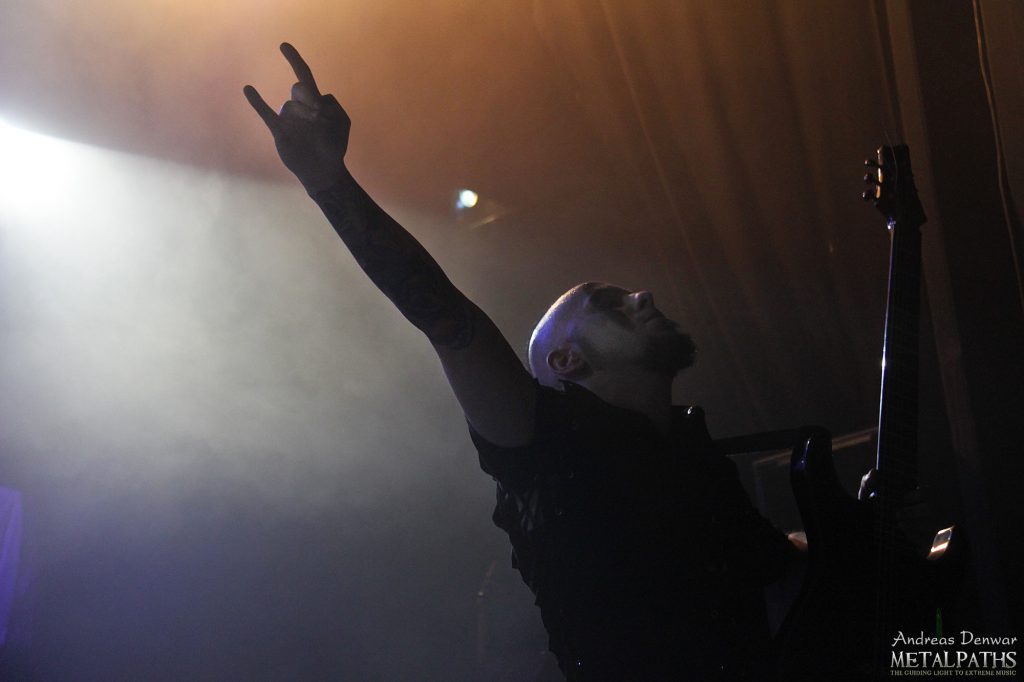 As soon as W.E.B. left the stage, the hour drew near for Dark Tranquillity to begin, and for the anxiously awaiting crowd to see one of the main leaders of Swedish death metal, the band whose love and gratitude for the Greek fans is far obvious. At the beginning there was an unpleasant surprise for most of the fans to see the band playing without a bassist. Dark Tranquillity had announced that during the “Construct World Tour” there won’t be a bassist to participate, so as a result the bass guitar sounded as a prerecorded backing track to the great displeasure of the fans of course. Fortunately what we were about to see next overcame our initial disappointment. 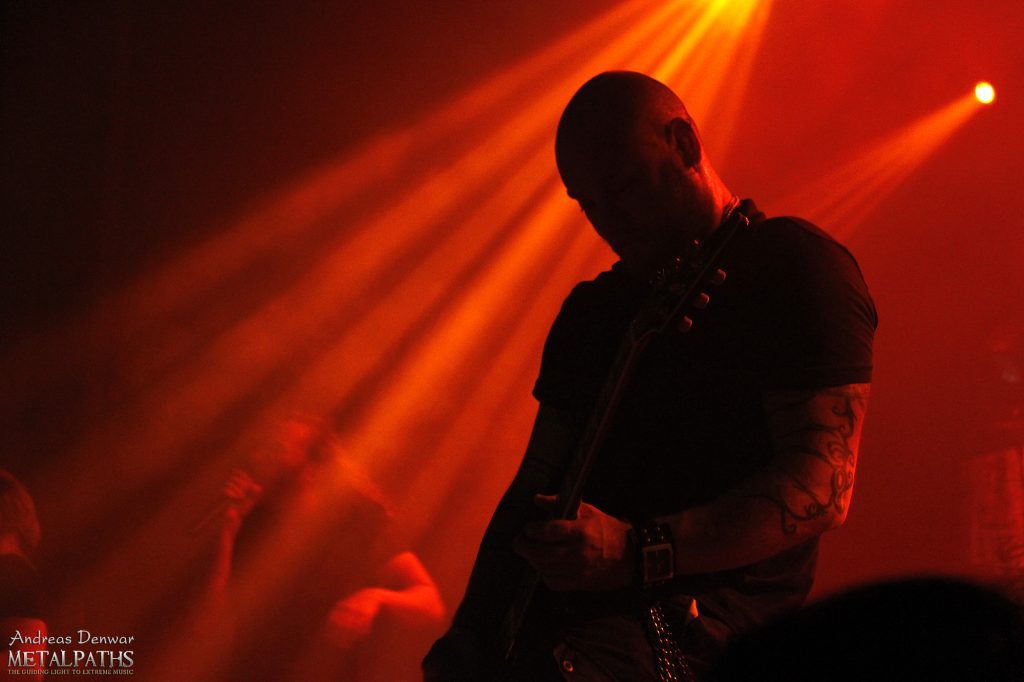 Dark Tranquillity played an hour and a half long set which featured 16 songs plus a 3 song encore, encompassing the widest range of their discography, from the album “The Gallery” all the way to their newest album “Construct”, an album which received widespread support from the media and fans. At the back of the stage was placed a projection screen, which played throughout the show looped video clips to each of the 19 songs performed, featuring artwork and lyrical themes. As expected during songs like “Lost to Apathy”, “ThereIn”, “The Silence in Beetwen” or “Misery’s Crown”, Dark Tranquillity reached their peak performance, while the crowd seemed to having a blast at the same time. In moments like this we can understand the rapport between the band and the Greek fans, which is the reason why Dark Tranquillity always put Greece in their tour schedule.

In conclusion this night showcased how consistent the group have been over the past two and a half decades which is truly impressive, having lost not in the least the energy to perform good shows, and recording remarkable albums.