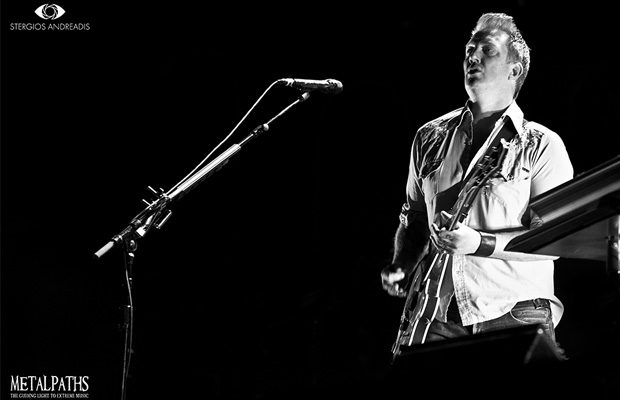 Having nominated with the Grammy “Best Rock Album” award for their latest release “…Like Clockwork”, QUEENS OF THE STONE AGE are touring over Europe full of confidence. Their appearance in Rome, Italy for Rock In Roma festival was a great chance for a trip in one of the most historical and beautiful cities in Europe.

After a short walk around Colosseum and some fleeting visits to other attractions we took our lunch eating – guess what – spaghetti and pizza, we took the train heading to Ippodromo delle Capannelle where the concert was taking place at. 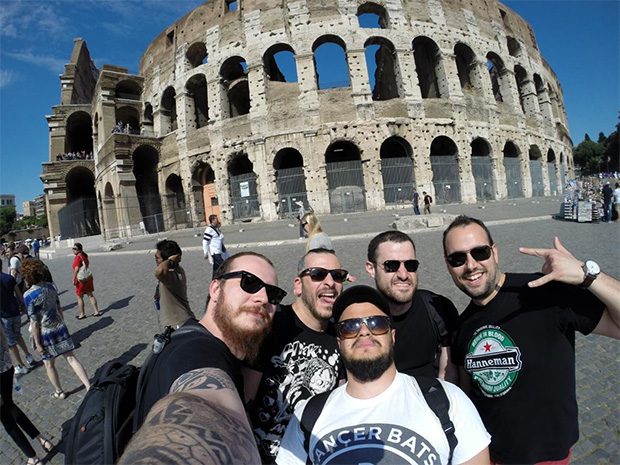 Right after getting our accreditations, we get into the festival’s area which was really well-organized with bars and merchandises while big posters with bands of this year’s Rock In Roma were decorating the place.

Heading to the arena we found a beautiful stage with great lightings while the support act We Are The Scientists had already started their set. The New York-based indie rock band had to warm up the crowd before QOTSA hit the stage and for just the 3 last songs I attended, they did it pretty well.

It should have been around 22:00 and everything looked ready for QOTSA. However, to tell you the truth, the audience wasn’t as much as I was expecting. Lights went off and countdown clocks appeared while QOTSA were hitting the stage. The time has come and first song was “You Think I Ain’t Worth a Dollar, but I Feel Like a Millionaire” diving at once in the past and “Songs For The Deaf” record which is definitely the most favorite of the fans. A really good choice to start the show considering the reaction of the fans! 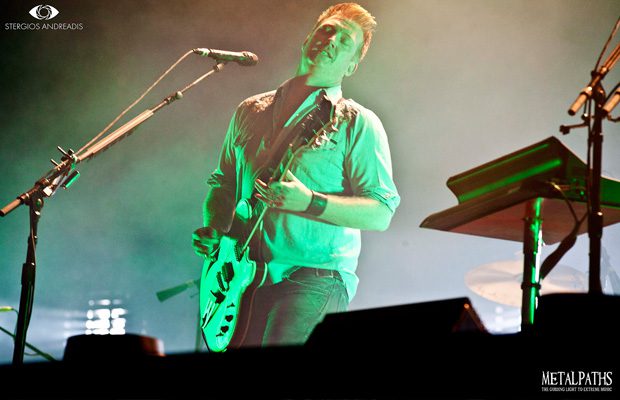 Being my first QOTSA show their energy blew me away but, to be honest, the unexpected loss of the visual effects that QOTSA use to have in the background at each of their shows left me disappointed.

Second song was the classic “No One Knows” which made everybody jumping. Being in a great shape, it seemed pretty easy for Josh Homme to make the crowd go crazy. Then, it was time for the new stuff and “My God Is The Sun” from “…Like Clockwork” made the start. The show continued including songs from their entire discography such as “Burn The Witch”, “In My Head”, “Make It Wit Chu”, “The Lost Art Of Keeping A Secret” just to name a few. “Smooth Sailing”, title-track “…Like Clockwork”, “If I Had A Tail” and “I Sat By The Ocean” were the other representative songs from the new album.

“Little Sister” was another hit that fans love which staged the pulses for good! I really enjoyed the energy of drummer Jon Theodore in that song! In my opinion Jon was the hidden ace of the band and the most impressive appearance after Josh.

“Better Living Through Chemistry” and catchy “Go With The Flow” followed to complete the main set-list but the fans were asking for more of course! A piano appeared on the stage and QOTSA returned for the encore with Josh sitting behind the piano to play the first tunes of “The Vampyre Of Time And Memory” coming from the new record as well. 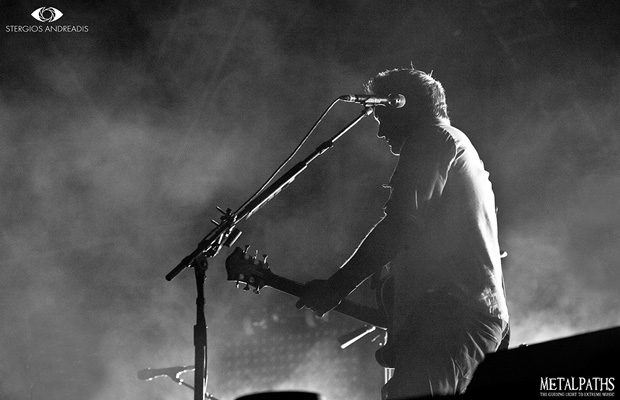 The last song didn’t surprise anyone at all but it was for sure what all of us were waiting for… “Song For The Dead” put the fans on fire causing countless heads banging. You can’t really imagine the feeling of hearing this song live! It’s absolutely chaotic!

All in all, it’s been a great show as it comes about the performance of the band and the power they had on stage. However, the loss of the visuals was quite a big negative as I mentioned before because in my opinion live shows are not just for ears but for eyes as well… and QOTSA‘s shows have much to offer for eyes! I really don’t know why they left the visuals out of this show which could be definitely 50% more impressive. Thankfully they had great lights!

You Think I Ain’t Worth a Dollar, but I Feel Like a Millionaire
No One Knows
My God Is the Sun
Burn the Witch
Smooth Sailing
In My Head
Feel Good Hit of the Summer
The Lost Art of Keeping a Secret
…Like Clockwork
If I Had a Tail
Little Sister
Make It Wit Chu
I Sat by the Ocean
Sick, Sick, Sick
Better Living Through Chemistry
Go With the Flow

Encore:
The Vampyre of Time and Memory
A Song for the Dead 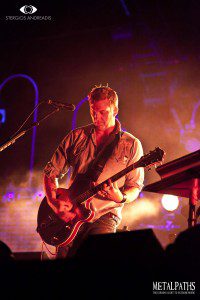 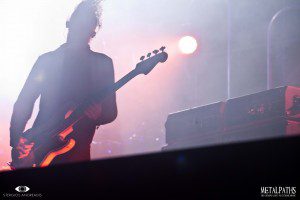 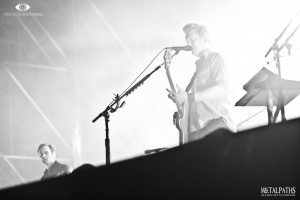 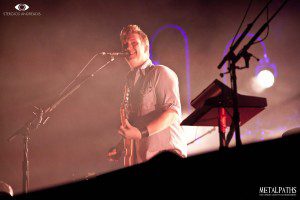 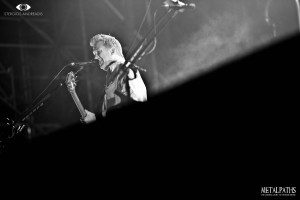 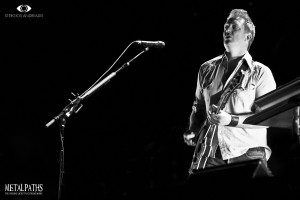 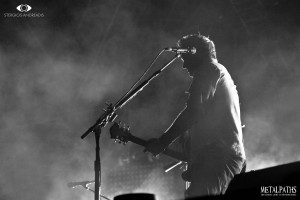 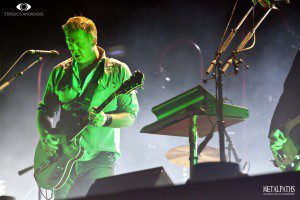 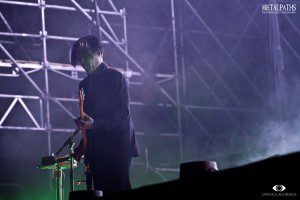 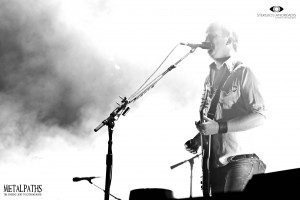 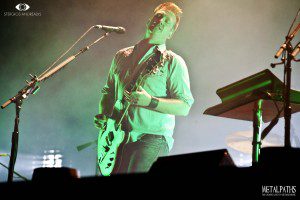 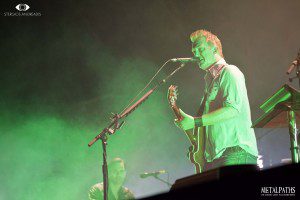 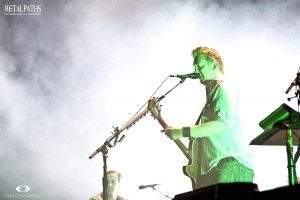