The coming of ABBATH in Greece was – and probably will be – the most major black metal event of the year. IMMORTAL’s ex-frontman is one of the most legendary figures of this genre and one of the most impressive performers as well. So, the chance for such a concert couldn’t be missed.

The event took place at Eightball Live Stage in Thessaloniki and the show was supposed to start at 21:45. One day before, ABBATH appeared in Athens from where we had really positive feedback by the fans. In contrary with the Athens’ show, this one in Thessaloniki had no support band and that’s something that discussed negatively among the fans who already knew that the setlist of ABBATH would be time-wise limited.

After a delay of almost half an hour, ABBATH hit the stage at 22:15 with “To War” from the brand-new self-titled album. King ov Hell along with Abbath were of course the most attractive to the audience figures on stage and the communication between them turned the show to a real party. Second track was “Winter Bane” and the use of a streamer popper to the stage negatively surprised ABBATH who mentioned that this was not a part of the show. 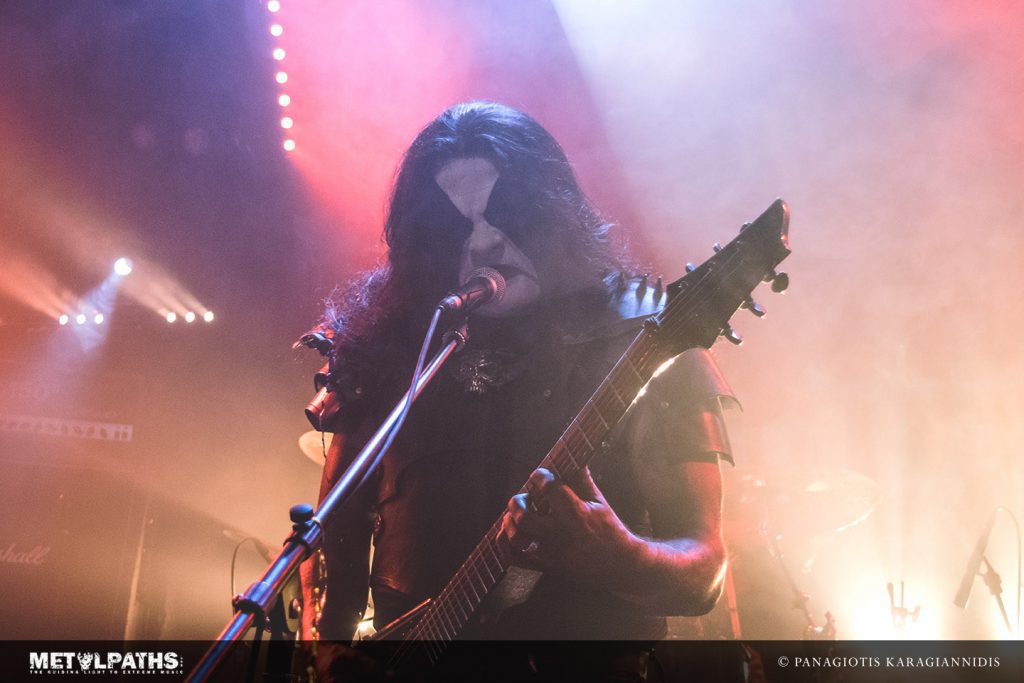 Next song was an IMMORTAL cover to the song “Nebula Ravens Winter” from the album “Blizzard Beasts” and that’s how the first mosh pit created. An I (Abbath’s side-project) cover to the song “Warriors” came next to return afterwards again to the solo material with “Ashes Of The Damned” and “Fenrir Hunts”.

The lights were impressive with extensive use of strobes, the sound great (except of some issues during the first two songs but that’s not a big deal) and Abbath’s overall appearance on stage, every little move, the communication with the audience, his vocals, left me speechless surpassing my expectations. 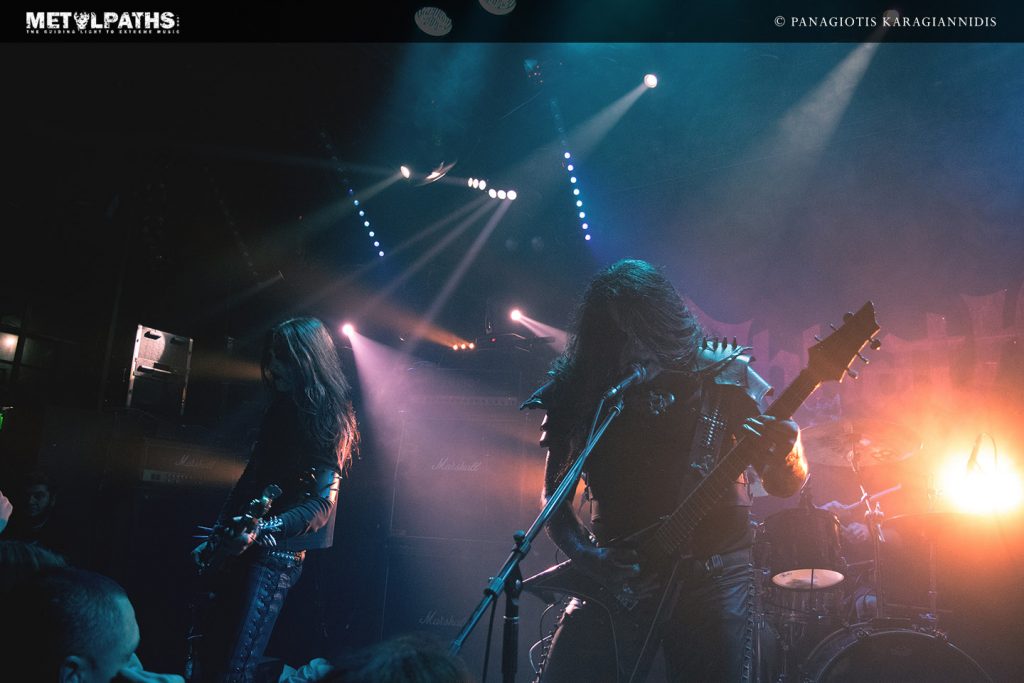 Highlight of the show? The IMMORTAL covers of course especially at “Tyrants” and “One By One” but we can’t underestimate the new songs which left really positive impact to everyone at the venue. The show ended up after about an hour and fifteen minutes. That was too short of course, and we would love to listen to some more classic IMMORTAL covers but don’t forget the legal battles between Abbath and the rest members of IMMORTAL. That’s why Abbath can’t perform more IMMORTAL songs.

I love IMMORTAL, I love black metal and ABBATH was for sure a “must-to-go” show for the lovers of the genre. However, the low attendance of less than 250 crowd raises concerns. On the other hand, I can understand those who complain about an expensive ticket compared to the time-length of the show. As always, I think that the truth must be somewhere in the middle.

Overall, everyone who attended the show, I am sure that will have a great night to remember in the future. 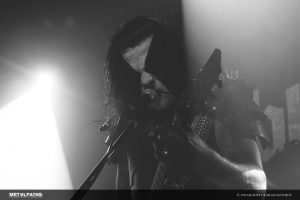 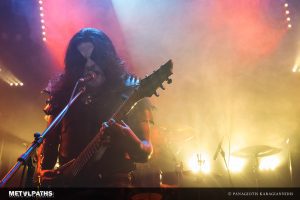 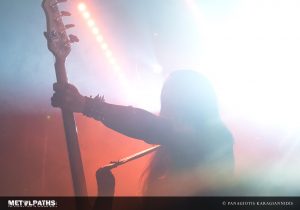 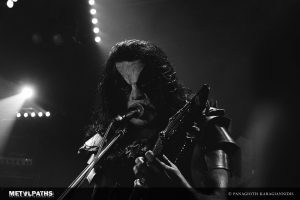 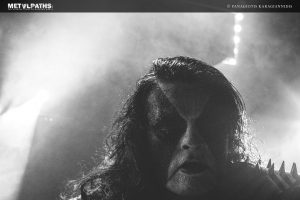 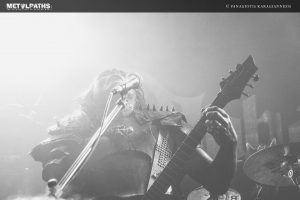 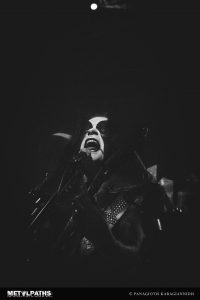 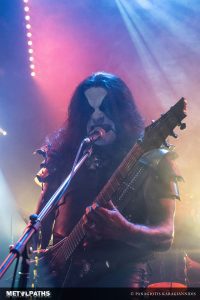 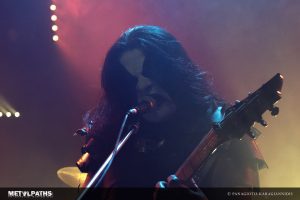 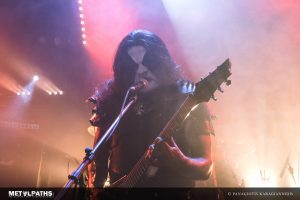 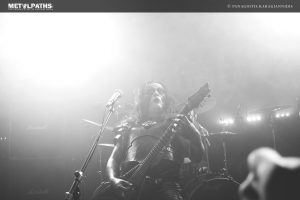 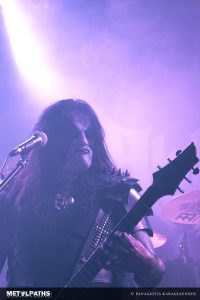 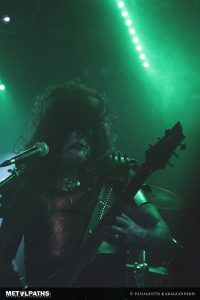 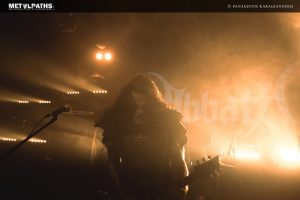 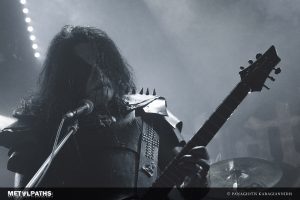 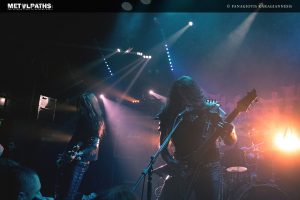 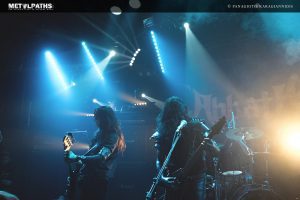 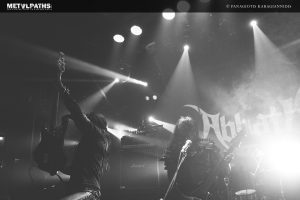 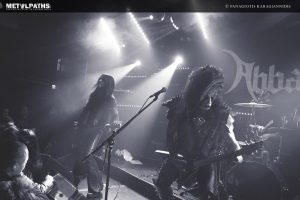 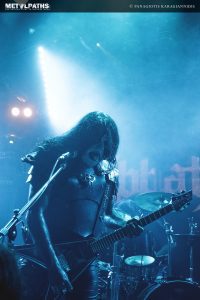