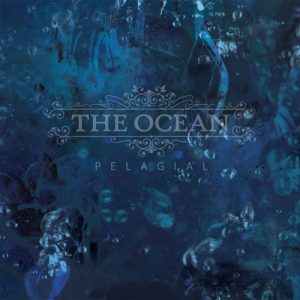 One thing a modern metalhead or music fan seeks out from new releases is to be innovative and meaningful. We got to admit, we all seek those elements in our records, worshiping past’s records for the previous reasons. When a modern record fulfills those ambitions, the only thing remaining to do is “burn” this album in our record’s players! The same happened to me with the new The Ocean release, “Pelagial“. The Ocean is a post metal band coming from Germany. They are active about thirteen years and they produced some of the most original albums of the past decade (“Aeolian“, ‘”Anthropocentric” etc).

This year, they released “Pelagial”, an experimental album, which was originally created to be an instrumental one, due to Loic Rossetti’s vocal chords issue. When Loic recovered, the band decided to add vocals, releasing a two disc record, one disc with vocals one disc with the original instrumental compositions. The odd about “Pelagial” is it’s mind-blowing concept. The music reflects the levels the ocean has, beginning from the surface, till its deepest levels, where the pressure is high and there’s no light at all. However, there’s a metaphor in the whole concept. It also describes the human brain, from instincts to subconscious, referring to Tarkovsky’s movie “Stalker“. As a result, “Pelagial” is a total diamond and a deep music album, forcing the listener to think swim into the deep waters of human’s emotions and egos.

The production was up to Jens Bogren (Opeth, Katatonia) and the record numbers eleven beautiful tracks. As we begin the music journey, we “swim” from the surface and downwards and the tracks get heavier as the records progresses. There’s a variety of riffs and the band does not hesitate to use piano and other effects in order to enrich their ideas. Guitars often sound like Mastodon’s progressive “Blood Mountain’s”outbreaks, in ‘’Bathyalpelagic II’’ for example. Later, when the ‘pressure’ of the ocean is tougher and the songs get heavier and atmospheric, the band reminds me of the best moments of Cult Of Luna. Never the less, ‘’Pelagial’’ is as much original as needed, standing out as one of the best albums of 2013.

Loic’s vocals are better than ever, lifting the instrumental work into the highest levels of art The Ocean could give birth to. The lyrics are bonded with the movie “Stalker”, something that isn’t particularly bad. Personally speaking, I found myself hunted by the album’s meanings, and hooked for a long period. Summing up, Luc Hess drumming skills as well as the guitar/bass fillers are astonishing and worth of acclaims.

A totally recommendable album! As the summer approaches, it may be the soundtrack of those days, just like a good book in the ethereal summer nights. The Ocean just finished touring with Cult of Luna, while they are planning for a headliner tour in autumn.