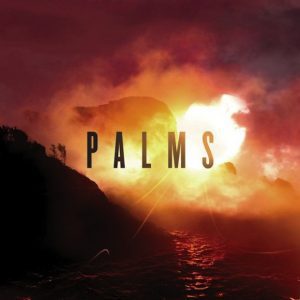 A much anticipated collaboration is in front of us to witness and it ain’t just gonna be a hot album for this year because it’s released on summer, but also because it’s the outcome of the marriage of three ex-Isis members and the vocalist of Deftones in a very atmospheric and personally emotional album that in the end grabs you from the heart and takes you with it in all possible destinations. Palms is not an effort of a possible next Isis album that never came, but a different approach to trippy music, without the heaviness we know on the bands that these four gentlemen have become known.

Chino Moreno‘s voice makes it all easier here, for both the listeners and the band. His vocal range here reaches higher levels of expression, even some unknown possible climax compared to his Deftones releases, don’t expect him to scream without reason, but feel welcome to be surprised with the warmth of his performance on all tracks. On the other hand, the rest of the members play the absolutely essential parts they need to pass their message, ideas that would not fit an Isis album but are more than great for their new band in its first album with a new direction.

The minimalistic approach of the material that ends up in six tracks and 47 minutes of duration will make you believe that despite their length, these compositions work better this way. They just grow because they need to, they must pass this expression through all antennas out there and ”Future Warrior” is the perfect way to start transmitting this atmosphere. ”Patagonia” was the first sample of the album and many of you may have heard of it, but in my opinion the real deal comes with the longest track of the album which is ”Mission Sunset”, reaching ten minutes of duration.

This track is a perfect culmination of the skills of each member and its little heavy outburst after the middle makes it the most representative sound in this album. ”Shortwave Radio” and ”Tropics” are put perfectly between the two longest tracks, and it’s the final taste with the other gargantuan track ”Antarctic Handshake” that makes the trip and the experience worth living. You seem to get lost inside the simple but essential melodies and the vocals that work as another instrument and you reach your final destination relieved from thoughts but filled with new perspectives inside you.

The album is nothing less than I personally expected. A new but most important different proposition from the four veterans that may not reach the grandeur of Isis’ heavines and Deftones’ modern and experimental approach, but it’s the perfect start for a band which will hopefully continue delivering material. The first self-titled album of Palms is a pure success and it may grow inside you with each listening, as it needs its space and time to be honest. Listen to it with closed eyes, abandon needless thoughts inside your mind, relax and welcome an album which may be not perfect but will also accompany you when you need relaxation.