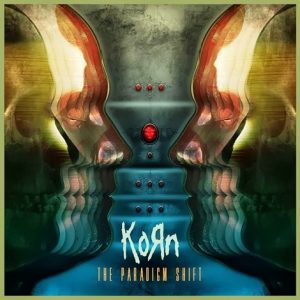 It is really amazing how that was achieved, but ladies and gentlemen, this is the eleventh album for Korn since their self-titled debut in 1994. Eleven albums in nineteen years show that this band was never feeling safe about its music, while the sales and recognition they’ve achieved so far could easily drive them to a state where they would release albums every three or four years, like many other bands have done so far. Since the beginning, Korn was always a band that millions loved, million others hated but in the end, none was indifferent towards them. The way they have changed the playing of the electric guitar is already acknowledged, even by guitar legends such as Steve Vai, while on the other hand they have affected countless bands (which only succeeded in making Korn sound even better, as the rip off was completely useless and the results disappointing).

Of course things haven’t been easy for Korn, who saw their career exploding in a very short period of time, that by the fourth album they were already considered legendary. Album by album the expectations were raising, the fans were added like flies and the curses were thrown towards them like arrows. Members left because of personal issues, millions were spent in the creation of albums with rather expensive (but also flawless) productions and there was also a point where they didn’t sound so innovative and interesting like they did in the very beginning. Things like that happen to all the great bands, and wanting to admit it or not, Korn are one of them, proven by history and what they’ve done these two decades they are among us. The eleventh album of Korn comes to show us that the band never really forgot to write great material.

On its whole, ‘’The Paradigm Shift’’ sounds as the most interesting album they’ve done in years, it feels like there is a lot of energy inside the band, a fresh air is pouring from the speakers, the performance of each member reaches a great level of musicianship and the sum puts them strongly back to the status they once had. It’s quite hard to be able and resist tracks like the opening ‘’Pray For Me’’, ‘’Love & Meth’’, the addictive ‘’Mass Hysteria’’, or the sticky ‘’Victimized’’. The groove they transmit cannot be compared to any other band that tried to sound like them, and though they are not the typical heavy metal band, nor they ever claimed such a role, they sound much more metal to the ear of a flexible listener than what others are bitching about (and in the end achieve all but essence).

Jonathan Davis offers another great performance, playing constantly with the tuning of his voice, always sounding like another instrument for the band, he can either lead the rest players to follow his voice, or adapt to the likes of the furious rhythm section (don’t forget that Fieldy is one of the best bass players in the history of music, no matter what your preferences are) and the simple but pretty heavy riffing, which serves more in creating a steady basis for the tracks to sound consistent, rather than making the album sound heavy for just being heavy. In almost fifty three minutes and fourteen songs contained on it, clocking from 3:03 to 4:25, most of the songs are close in duration and it feels like the whole material was composed in order for each track to help the others flow easier (or better, your decision) and stick to the fans’ minds as usually.

What I know about ‘’The Paradigm Shift’’ is that it’s one of the albums I’ve had much fun in listening to it lately and is also an album I can put every given chance and take bits of it (mainly large ones) in order to feel fresh myself too. The band achieves something of its former glory with this album and the best feeling is that they will go out on tour and kick serious ass on their gigs. Korn feel very certain and tight as a unit on this release and even if you haven’t been a fan of them so far, you could easily start listening to this album and slowly discover their rest ten, preferably starting from the first five masterpieces they’ve created. Korn are not the band of the die-hard metal fan for sure, but they are a band that can offer you some good groovy music if you want to escape some more extreme listenings from time to time. Why not after all?