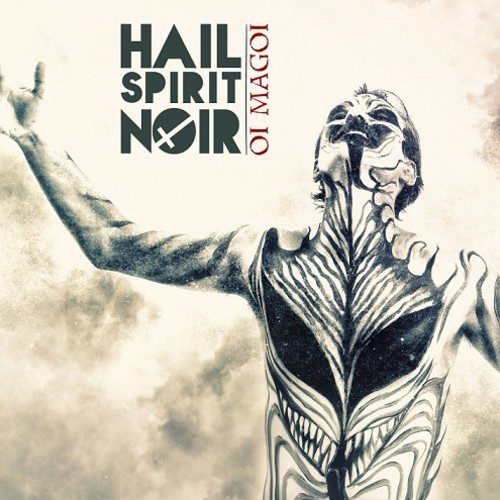 Back in 2012, I had the pleasure to find out Hail Spirit Noir and include their debut full-length record (‘Pneuma’) in the best of list of the specific year. The record made quite an impact to our music scene, clearly because of its originality. The band is described as a black metal or an avant-garde metal one, but none of the descriptions seem to fit in. Hail Spirit Noir performs some of the most original and unique music I’ve ever had the chance to hear. The years passed and here I am reviewing their comeback titled ‘ Οι Μάγοι’ (the mages).

The second full-length record of the band continues the line in the band’s career within the same music pattern. The songs are based on black metal and are influenced by the seventies. The main structure of them is either based on beautiful guitar melodies with black metal growls above them or within ambient rhythms or organ’s melodies. However, just like the cells in our body, the instruments in the songs act as a whole as well as individuals, resulting a blast of ‘noises’ which fit together and create masterpieces. We can easily get addicted to the unique guitar melodies, the progressive drumming or on the theatrical vocals. Everything performs its role perfectly.

Trying to choose my favorite moment off the record, I picked out the ending of ‘Blood Guru’ (what a chord’s alteration!), ‘Satan Is Time’ and the orgasmic eighteen minutes of perfection ( ‘The Mermaid’/ ‘ Hunters’). From the very beginning we came across the band’s mood for experiments in their sound and music; effects, organs, keyboards and progressive structures are the elements which leaded to the point where none of the songs sound the same but all together define Hail Spirit Noir. They define what the band stands out for and what the band is about, making easy to never forget how strongly they differ from any other band around. In ‘Satyriko Orgio’ for example, the band begins with a blasting and totally black metal opening, to rapidly progress into theatrical vocal parts along with a slow and edgy music background.

As far as the lyrics are concerned, the band mostly refers to metaphysical themes. Hail Spirit Noir creates a sphere of fantasy, wild fantasy in fact, for the listener to get in. I liked the meaning of ‘Satan is Time’ too, but that’s just my mind trying to conceive greater explanations for those fantasies. The vocals are better than ever, theatrical and claustrophobic.

There is difficulty into answering if this record is better than ‘Pneuma’. It surely lacks of a couple catchy and easier songs like ‘Against the Curse, we Dream’ or ‘ Haire Pneuma Skoteino’, but it does not matter. ‘Οι Μάγοι’ is surely one closed spot for the best of list of 2014, even if the date is still January. A 10/10 for me, the first for this year and my second ever for Metalpaths.com.