Cynic
Kindly Bent To Free Us 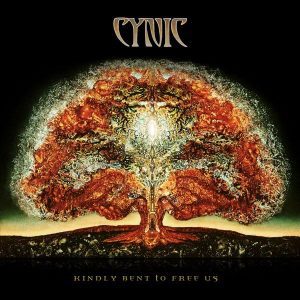 Cynic; a band we all loved because of its unique, experimental, technical metal. The band gifted us with records which are already classic like ‘Focus’ and ‘Traced in Air’. Little by little, Cynic crafted music which no one played before, a mixture of thrash and death metal, with technical and jazz influences. Jazz as a matter of fact, is the experimentation I always used to pick out of Cynic’s death metal. As the year passed, the band’s music style became significant lighter and closer to alternative rock or shoegaze. ‘Kindly Bent to Free Us’, Cynic’s third full-length record is the proof of this progression. 2014’s Cynic sound like a totally new band, embracing a music path different of what the band’s path has always been.

The main dilemma a reviewer may come upon while reviewing ‘Kindly Bent to Free Us’ is if it is reasonable to separate this record from the band’s past or compare the record to the previous. The band’s decision to label this record as a Cynic one may be the factor which will ruin the record’s reputation. However, my opinion stands with the light comparison of the band nowadays, as far as music ingenuity is concerned. ‘Kindly Bent to Free Us’ may be another musical novelty, but the lack of the explosiveness, which was always an element of Cynic, is totally visible and acts in a negative way.

Beside that, I found the record satisfactory. Cynic is still a progressive band. Maybe not a metal one, but a progressive rock one. The jazz influence is easier to get noticed, as well as the post-rock moments. In most of the songs, we do not hear distorted guitars, at least not in the rhythm sections. The sound of the record is ideal to designate the bass and its jazzy play-style. The songs are triggering emotions, memories and images, endlessly flowing through the mind.

In ‘The Lion’s Roar’ the band reminds of its heavier self, playing around with distorted guitars and joyful riffs, while on the other hand in songs like ‘Endlessly Bountiful’, the band is ambient, lighter and focuses on vocals, which are clean and cheerful. ‘Kindly Bent to Free Us’, the song, may remind of ‘Carbon Based Anatomy’, as far as the rhythmical drumming and the guitar riffs are concerned. Melodic twists and changes still characterize the band’s music and can be found in every song. From lyrical aspect too, nothing has changed. Paul’s lyrics contain a large amount of allegories, approaching humanistic matters just like before.

In my opinion, the great minus of the record, is first of all the lack of explosiveness and the lack of stability (which I mentioned a few paragraphs before). Cynic do not amaze us as before. They stand strong, representing a different music genre and they do great, but their ideas are not rare and unique any more. Moreover, ‘Kindly Bent to Free Us’ is too chaotic in my ears. The listener totally gets lost inside it, but in a negative way.

Considering all of the above, I won’t support that Cynic’s new record is a special one. But it totally isn’t a crappy record, as many tend to believe. If the record has been released by another post-rock band it would be described as a good record, however the band’s past haunts them and mislead the public’s opinion. For me, ‘Kindly Bent to Free Us’ is just a 7 out of 10 record.