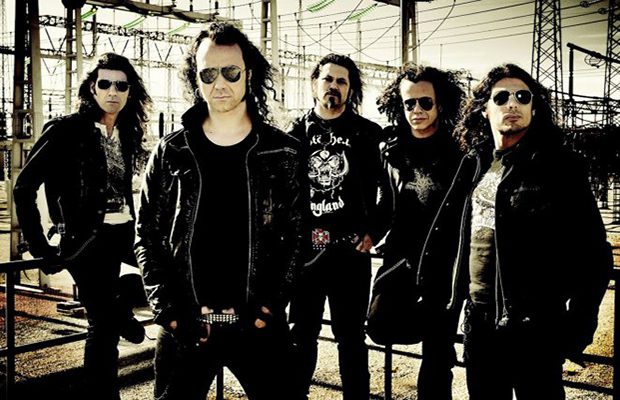 Under the full moon of Portugal, a band has begun its music journey, inspired by the early melodic black metal scene of Scandinavia. The band started its career under the name of ‘Morbid God’. Fernando Ribeiro visualized a group which will embrace a darker sound of metal, mixed with folk elements and less raw than the other extreme groups of the North.

In the first few years the band finalized their style, always seeking to differ and produce something different than everyone, who was conquering the European music scene by the specific time. The first songs have begun to take shape and the band changed their name into ‘Moonspell’, a name that totally reflects the band’s style and the influence of the gothic culture. In 1993 and in 1994 the band released a few demos, splits and singles. However, 1995 was the year the band took off to grow into one of the biggest bands in the world, with a unique style and philosophy. The year of 1995 was the year the band’s first record was ever released; the year ‘Wolfheart’ became a reality. Since then, the band has never been out of the music scene for too long and always comes up with new and fresh ideas for the fans.

Wolfheart: In a country which is not famous for its extreme metal scene, one of the most classic records was born. Wolfheart was released in 1995 and Century Media was the one to promote the 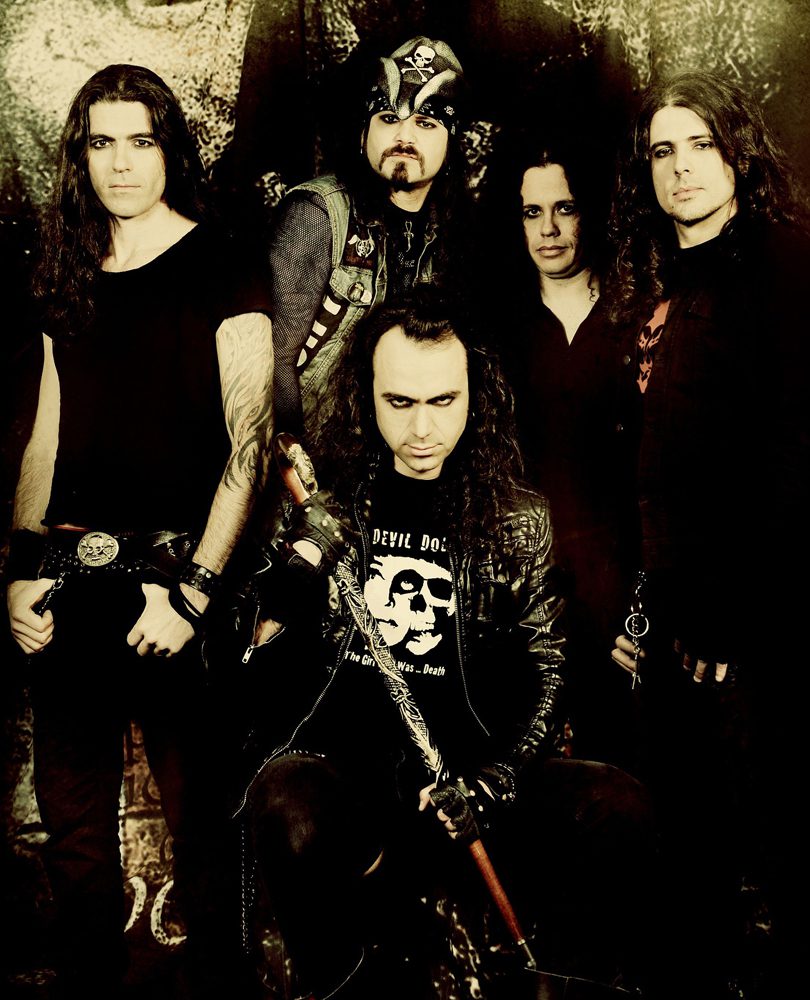 record. By this time, it was just a marvelous milestone for a new band to sign with Century Media, a label which was always promoting big bands and important ones. This proves the fact that Moonspell was a young talent, ready to conquer the scene. The band was heavily influenced by the black metal scene, along with Iron Maiden (especially in a few riffs in songs such as ‘Of Dream and Drama’ and ‘Love Crimes’) and gothic culture. The vocals are deep, melodic, strongly reminding of the first gothic metal groups. Songs like ‘Vampiria’ and ‘Love Crimes’ open a whole different music style of gothic metal, with complex vocal lines, keyboard’s fillers and edgy guitars. The melodies are overwhelming; they fill the mind and travel the listener away, to the great mountains of Transylvania, under the arms of Dracula and horror’s nightmares. The record was released with two alternative covers. The second one presents two wolfs fighting each other and was the better of the two ones. This cover was the one which remained in the end. The wolfs are representing the struggle and the power of the man, the wildness of the beast inside us. When Wolfheart was released, the band totally turned the lights of the music scene upon them, touring and always gaining new fans and followers. In 2010, Wolfheart even appeared in the stamps of the national post service in Portugal, justifying the importance of this record.

Irreligious: Right after ‘Wolfheart’, the band recorded the first record which created and labeled the band under a specific music style. ‘Irreligious’, was released in 1996, one year after their debut. ‘Irreligious’ is a great milestone, because the record is a gothic one and no one can disprove it. The band removed its heavy metal influences, just to perform darker and heavier than ever. Fernando’s voice is reminding of the early gothic rock groups like Field’s of The Nephilim and Sister of Mercy. There are plenty of ambient moments and melodies, low growls, preaching and narrative vocals, along with keyboards. The record is explosive, powerful and creative. It is somehow a step ahead of Wolfheart, although it wasn’t as raw and primitive as their debut. The artwork of the record represents the eye of Horus, the Egyptian god. 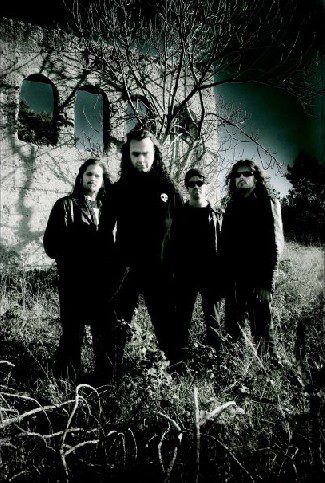 It reflects the mystical and ritualistic mood and sound of the group in this record. The sound is ambient, supernatural and occult. Actually, this is what the record stands for; the ethereal side of the night, the creatures which hide in the dark and the deepness of the human’s existence.

Eighteen years afterwards: Moonspell continued its career with the same speed and velocity. The band released eight full-length records after ‘Irreligious’. Their style became more and more gothic, even if it means the band to create songs which are less heavy than their first ones. The band is touring constantly, reaching in countries all around the world and fill the night with their gothic anthems. Some of their records are less powerful that the others (Memorial) but some are quite interesting as their first two records (Alpha Noir, Night Eternal). However, ‘Irreligious’ and ‘Wolfheart’ are considered as their two masterpieces until today. The significance of those two records is just something no one can disprove. Moonspell influenced every gothic metal band of the new age and helped them to create their sound and compose the next gothic anthems.

The Vultures in Greece: On May 24th, Moonspell are visiting Greece for a ‘one-time’ performance. The band will be performing the first two records as a whole in Athens, along with the lead voice of Tristania (Mariangela Demurtas)! Stage Volume 1 is the venue which will host the band this night and the concert is one of the most anticipated ones in Athens. This concert is just something all the Moonspell and gothic fans don’t want to miss! Wolfheart and Irreligious on stage should be an experience that will scar the listener for his whole life! BEWARE, DARKNESS IS LANDING ON ATHENS!