Spotlight: Rewind To FLOTSAM AND JETSAM’s “Doomsday For The Deceiver”

Apart from the brand new killer album by Flotsam And Jetsam, this year marks the 30th anniversary of the seminal debut of the band called “Doomsday For The Deceiver”. While in anticipation for the bands’ upcoming gigs in Thessaloniki and Athens next week for the promotion of the new album, Metalpaths decided to turn back the clock, to the bands’ humble beginnings, exploring all informations that ended up shaping one of the greatest thrash metal debut albums of all time.

FLOTSAM AND JETSAM recorded their highly acclaimed debut album in Los Angeles within two weeks on a $12,000 budget, produced by the one and only Brian Slagel (onwer of legendary Metal Blade records) and well-known engineer Bill Metoyer. “Doomsday For The Deceiver” was released on 4th of July 1986. It was the first in Kerrang!’s history to achieve the 6K rating. Rumor has it that only a handful of records in the Kerrang! history got such a good rating. The album cover can be seen in the 1988 movie “Sleepaway Camp II: Unhappy Campers”. 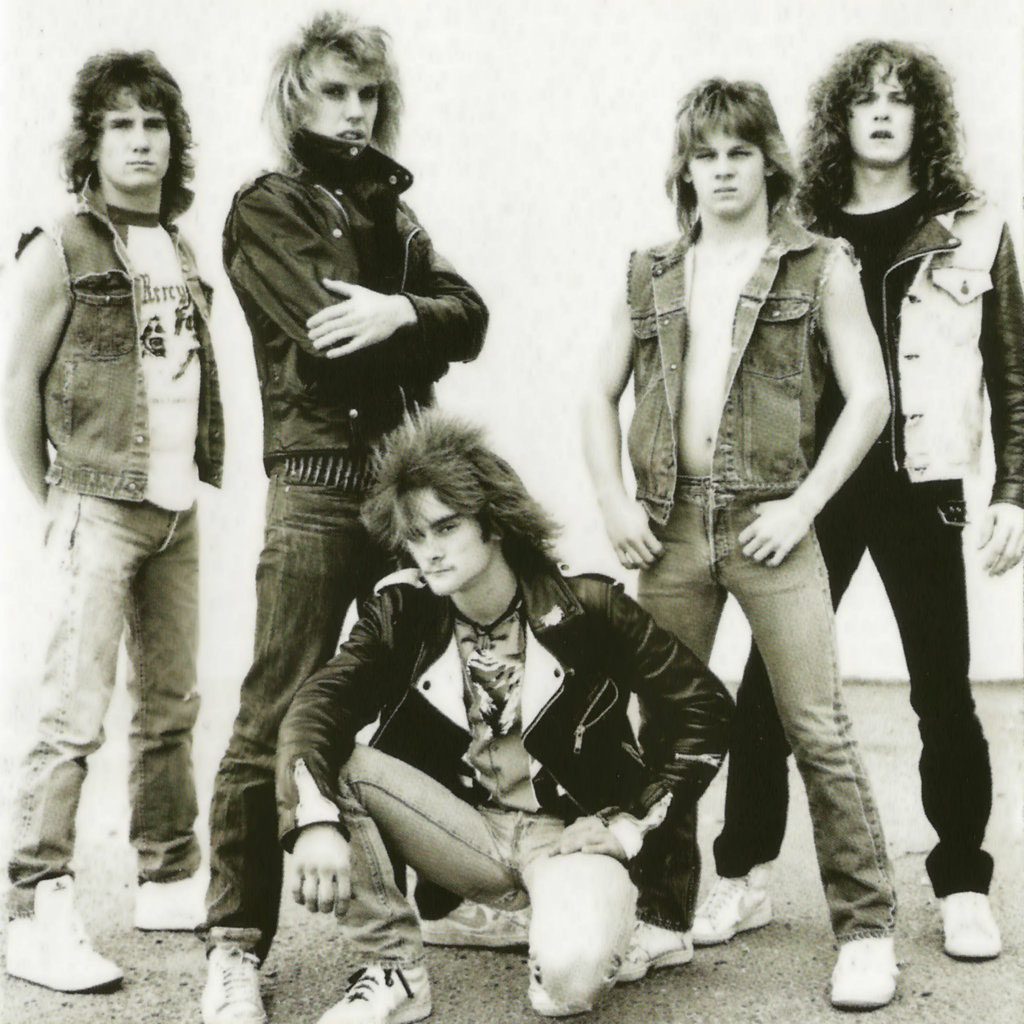 Bassist Jason Newsted, who was also the band’s main lyricist, departed soon after to join Metallica (his favorite band at the time) , replacing their bassist Cliff Burton, who died in a bus accident. On Halloween night 1986, Jason played his last gig with Flotsam and Jetsam. The band had asked another local bassist Phil Rind of Sacred Reich to fill in Jason’s place for a short time. They then hired Michael Spencer from the Sacramento band Sentinel Beast (one of the first female-fronted thrash metal bands, mind you, “Depths Of Death” is a hidden thrash metal diamond). Flotsam and Jetsam then inked a deal with Metallica’s label Elektra Records before touring Europe with Megadeth in 1987.

“Hammerhead”: A speed/thrash anthem showing off the vocal skills of the mighty Erik A.K. being the perfect opener and trademark Flotsam And Jetsam song with all the song. Lyrically this song refers to a date and the urge for a sexual encounter of the oral kind.

“Iron Tears”: Another song lyrically addressing tough love and its psychological impact to the one receiving it. Another crushing speed/thrasher with a unforgettable chorus, with the intro scream of Erik AK being written down in history as one of the best of its kind!

“Desecrator”: One of writers’ favorite songs off this record, an unholy thrash metal classic. Blackened lyrics, a monument of desecration and blasphemy. One of the most addictive thrash metal songs ever written, with Erik blending perfectly with the amazing guitar work of Carlsson/Gilbert.

“Fade To Black”: It’s time for the heavy metal element to kick in, in a song that sounds like Iron Maiden on steroids. A song about torture and endless pain, pretty common back then for thrash bands. The aggressive gang vocals push it to the thrash edge while remaining highly addictive music-wise!

“Doomsday For The Deceiver”: Another blackened song lyricwise. But this time, we’re talking about the albums’ magnum opus. Clocking at over 9 minutes, it has everything a metal fan could ever ask for: melodic intro to cry over its sheer perfection, mid-tempo speed/thrash riffage, a killer speed-metal-influenced mid-section, and Erik AK dominating the song with its high pitched vocals and exceptional performance.

“Metalshock”: A concert favorite, with metal-praising lyrics about the band crushing on stage (if we judge from video documents of the time that was proven to be true) as well as and a killer bass break in the middle, showing what Newsteds’ songwriting skills.

“She Took An Axe”: This song is one of the most technical and different written for this record. Refers to the infamous story of Lizzie Borden who had been suspected of murdering her parents in 1892. In fact, the song has a jump-rope rhyme written about her at the time as a chorus (“the axe came down, blood all around!!”), with some of the most paranoid lyrics and song structures for a thrash metal band in the year 1986. The ending harmonized screams still give the writer goosebumps and a genuine feeling of fear.

“U.L.S.W.”: A song about fighting snakes and destroying them eventually. Musically another fast speed/thrash song with some amazing breaks scattered in the song without taking the tension away from it.

“Der Fuhrer“: The lyrics are more or less the story of the hideous Adolf Hitler, in which he is portrayed as being evil and a ‘demon’. The first song on the album referring to war history. The lead guitar work on this song is beyond exceptional, as well as the lyrical part. And one of the songs with a highly addictive chorus, referring to the “Sieg Heil” (“Victorious Salute”) gesture of the Nazis.

“Flotzilla”: The albums’ final song is a mid-tempo speed/thrash riff-o-rama, with Jasons’ bass heard loud and clear, perfectly summing up the masterpiece that is “Doomsday For The Deceiver”. Killer rhythm/lead guitar work, setting them apart from the rest of the scene, brilliant tempo changes and transitions from one riff to the other, highly technical solos without making the listener feeling bored, but rather excited for what’s next.

30 years later, “Doomsday For The Deceiver” is still a fresh speed/thrash diamond, essential for every self-respecting metal collection. Its 20th anniversary re-issue by Metal Blade on a 3CD set with interviews and demos, is one of the best re-releases ever made, showing the respect Metal Blade has for its bands  We can only wait to hear songs off this one and the rest of Flots’ important discography, to cry iron tears of joy below the stage!