Spotlight: Under The Twilight Of The Norse Gods

John SavvidisNovember 29, 2016
Under The Twilight Of The Norse Gods

In J.R.R. Tolkien’s “The Lord of the Rings” universe, “Amon Amarth” is Sindarin for “Mount Doom”. In metal music, it stands for one of the most crushing modern melodic death metal bands in existence. Straight out of the motherland of Swedish death metal, Stockholm, the most popular Norsemen of them all, shall sail on the first two days of December to Thessaloniki and Athens along with Grand Magus. So we, on Metalpaths, wasted no time and decide to take a journey through the bands’ discography. A journey as long as a Vikings’ lonely trip to the glory of Valhalla. Get up on the drakkar, cause we’re setting sail! Valhalla awaits us! 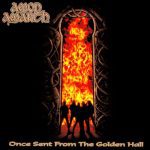 Their crushing debut album via Metal Blade records, shows the clear influence of the Unleashed legacy on the bands’ sound and lyrical approach. However, the main elements of Amon Amarth are there: the anthemic melodies, the crushing vocals of Johan Hegg, and an all-around metal feeling. Their first strike was deadly (quoting Testament), as it secured them the eternal trust of Metal Blade records to this day. 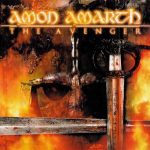 A well-deserved continuation of what happened on the “Once Sent From The Golden Hall” record. Closer to what the band was going to be in their future endeavours, including the writers’ favorite and personal request for Fridays’ gig: “The Last With Pagan Blood”. 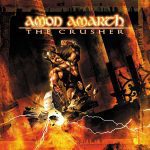 Some say it’s the weakest Amon Amarth offering, some say it’s not. However, another chapter of their history is written in the Norse way, without stopping from those relentless Swedes. Including one re-recorded song off their 1993 unreleased demo (“Thor Arise”), called “Risen From The Sea”. 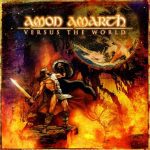 If you want to take a look at the album where they started making classics and concert favorites from, it’s this one. “Death In Fire” is a concert constant in their setlists to this day (being the first one they ever did, it makes perfect sense!), “Across The Rainbow Bridge” and “Thousand Years Of Oppression” are songs that are very much loved by fans to this day. 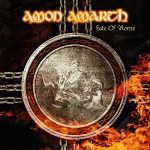 Another album that got them higher in popularity, securing their position in Metal Blade’s roster even more. Especially with “The Pursuit Of Vikings” video, which is never absent from their setlist, showing the bands’ trademark synchronized windmill headbanging. 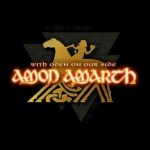 Arguably, the album that took their popularity on another level. “Valhall Awaits Me”, “Runes to My Memory”, “Asator”, “Gods of War Arise” and “Cry of the Black Birds” (the bands’ first video). This is where Amon Amarth establish their status. A band that has settled on its sound and delivers every time. 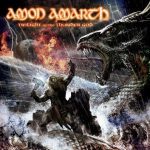 Where to begin with this one? The killer title track with the guest solo of Roope Latvala (Children Of Bodom), or the anthemic “Guardians Of Aasgard” guesting none other than LG Petrov of Entombed, bringing the old and the new school of Swedish death metal together? All that aside, it’s an overall showdown for the band. Another triumph for Amon Amarth, going steady on their way. 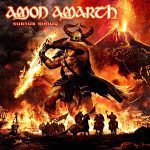 In Norse mythology, Surtur is the leader of the fire giants and the oldest being in The Nine Worlds. Amon Amarth with their own brand of Viking melodic death metal, take it from there and give us one more crushing album added to their discography. Notable mentions to crushers like “Destroyer Of The Universe”, “War Of The Gods”, “Live Without Regrets” and “For Victory Or Death”. 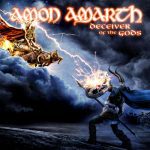 Business as usual for Amon Amarth, with the album’s title referring to Loki, the shape-shifting god of trickery in Norse mythology, who was exiled from Valhalla. One of those things that make Amon Amarth interesting to this day is their love for their native mythology and their search for subjects to write on. One has to point out the absolutely amazing video shot for “Father Of The Wolf” which has a Game Of Thrones feel over it. 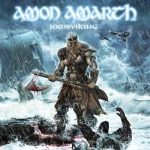 Speaking of subjects to write on, it was high time for them to write a concept album on Jomsvikings. The Jomsvikings were a semi-legendary order of Viking mercenaries or brigands of the 10th century and 11th century. And their new album, tells the story of those men through their eyes and their trademark (after all those years) style of melodic death metal, which got a bit more melodic than usual in some songs, with Johan Hegg attempting clean vocals on “At Dawn’s First Light”.

Whether you like them or not, Amon Amarth are a great part of modern metal history and are rightfully praised for their offerings to this day. One thing that’s left for now, is to count the days and hours for the upcoming shows with GRAND MAGUS in Thessaloniki and Athens on December 1st and 2nd. This should be a night to remember!