Spotlight: A Tribute To BLUES PILLS

Alexandros GounarisMarch 8, 2017
THE MEDICINE OF THE DEVIL

Everything started six years ago in 2011 when Zack Anderson and Cory Berry cooperated with Ellin Larson to record a few songs that would draw the attention of Crusher Records. During their first tour in Europe, the three-piece met with Dorian Sorriaux, who would soon become their main guitarist. Sorriaux was invited in Orebro where the band took its final form; what is today well-known as BLUES PILLS.

Just two years after the band’s official forming, BLUES PILLS released a single, followed by an EP called “Bliss”. Even though the band was still new to the music scene, the band’s vintage blues rock sound draw Nuclear Blast’s attention, with whom it signed a contract. Just a year after their first release, the band released an EP called “Devil Man” under the Nuclear Blast name, making its first track in the rock music scene. 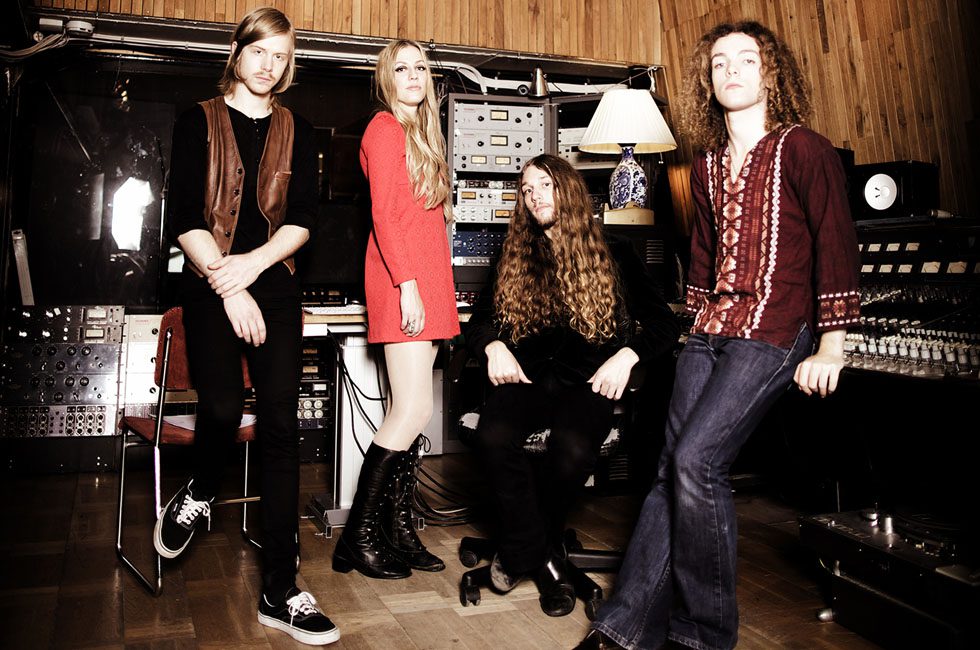 After less than a year, BLUES PILLS released their debut self-titled album. At that point, the band started gaining more and more fans of vintage rock around the world. The album was justifiably characterized as one of the few, in the modern music scene, able to bring back to life the vintage blues rock sound, grooving its way until the end, emitting an oldschool 60’s vibe.

Unfortunately shortly after its debut release, the drummer, Cory Berry, had to part ways with the band, but his place was filled by Andre Kvarnstrom. Up to this day, Andre is still a member of BLUES PILLS contributing actively to the song writing process.

In 2016, the second studio album of the band “Lady In Gold” was released gaining positive feedback by the fans and the media. The band kept experimenting with its original sound, combining with many Soul elements. Many negative comments came to the surface but as the time passed they were long forgotten. “Lady In Gold” was the album that sealed BLUES PILLS‘ sound and defined their direction as a band.

To this day, BLUES PILLS is a band doing it the old way, proving that old has always something new to offer. With respect to 70’s blues rock, BLUES PILLS keep taking us years back, doing something completely different than today’s music standards, satisfying even the most demanding listeners.