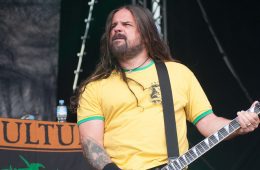 SEPULTURA Guitarist: ‘We Welcome’ The Haters

SEPULTURA’s ANDREAS KISSER: Playing With ANTHRAX Was ‘One Of The Best Moments Of My Life’

Manos SpanosDecember 16, 2013
David E. Gehlke of DeadRhetoric.com recently conducted an interview with SEPULTURA guitarist Andreas Kisser. A few excerpts from the chat follow below. DeadRhetoric.com: Since you're working with Ross [Robinson] again, it makes one think of the first time you recorded with him, which is when down-tuning became really big with bands like KORN and the DEFTONES doing it. Max [Cavalera] was always a big proponent of it; were you as well? Kisser: At the beginning, not much. I was skeptical of the low tuning because bands like KORN or the DEFTONES, they don't have the fast pace of SEPULTURA's music. I was concerned to lose that kind of fast ability and the picking, the heavy picking on sloppy, low strings. But there are so many possibilities of using heavier-gauge strings, which give that kind of tension, and you don't lose that ability to play fast. "Trauma Of War", the song that opens the [new SEPULTURA] album, it's in low tuning, but it's a very fast song, but we don't lose that kind of ability. I learned how to do deal with that, and you open a lot of worlds in music, but yeah, at the beginning I was a little skeptical. DeadRhetoric.com: Your very first meeting with Derrick, what do you remember the most about it? Kisser: It was great. He came down from the States to Brazil because we were holding auditions with different people in Brazil. Derrick came down after the demo and he did "Choke". I have "Choke" with so many different singers [including Marc Grewe of MORGOTH; Phil Demmel of MACHINE HEAD and VIO-LENCE; Jason "Gong" Jones of DROWNING POOL; and Jorge Rosado of MERAUDER) some day I'll release it with all the different versions. Even Chuck Billy from TESTAMENT, he did a tryout. It was interesting the way he sang "Choke" and stuff. It would be cool to put it out some day. Derrick was for the future, though. We weren't looking for somebody similar to Max, or trying to replace him with a clone. Different visuals different attitude we liked Derrick we felt he could really grow up and be into simple terms is it, which he did. His vocals are great, he's very diverse, he can do melodic stuff and aggressive shit, and he hardly loses his voice. He's very professional and he takes care of his voice on tour and everything. He's great. He's a guy who is also very intelligent. We talk a lot about different movies, documentaries, books, and we do lyrics together. We come up with song titles, concepts, and everything. He's a great partner in that respect. DeadRhetoric.com: Personality-wise with Derrick, did you guys connect fairly quickly? Kisser: I think it was different for him. He came to Brazil, replacing Max Cavalera, which was very hard in the beginning — being black as well in such a racist society everywhere in the world, not only in America. It's great that he was able to face all this with great courage and great professionalism. SEPULTURA as well, with somebody like him in the band, and we said what we always said, that we're for justice and equality, and respect. We live that; we not only say that for the lyrical purposes. We really are what we are. He was the best choice for us. He's a guy who could understand the SEPULTURA way of living, of hard touring everywhere and we can survive in a bus together without wanting to kill each other and stuff. [laughs] We have the same type of ideas and conversations. I think Derrick was the perfect guy for us, and it shows. DeadRhetoric.com: The big vocalist search in 1997 and '98, was your head spinning from all the submissions? Kisser: Oh yeah, definitely. Right after Max left at the end of '96, back in January and February of '97, me, Igor [Cavalera, drums], and Paulo [Xisto Pinto Jr., bass] got together and started writing new stuff. We didn't want to play any old stuff. We didn't want try people out on something like "Refuse/Resist". That would be too easy, so we wanted to see the new guy singing something he never heard before; we wanted to see his input and his ideas and his possibilities with the vocals. We took eight to nine months just as a trio. We had the idea of staying as a trio, me being the singer and I even took vocal classes and tried to do demos, but I sing like crap. [laughs] I was the first singer of SEPULTURA that received a "no." [laughs] DeadRhetoric.com: I've seen and heard you do backup vocals — you don't have a bad voice. Kisser: I can use my voice fairly well, I can scream, but to be a singer and to embrace it, it's much more than having a good voice. You have to embrace something different. I am a guitar player. I didn't want to lose my guitar playing time just to embrace something that I am not. I don't want to force the situation. The trio time was great — we didn't do any live shows or anything, but we were practicing and trying out stuff, putting our heads in place, without making any big decisions with the turmoil that was going on. We resolved everything with Max, we signed all the papers, he's out, he didn't want anything to do with SEPULTURA. He left, and we started looking for a new singer. Then when Derrick came at the beginning of '98, he moved out to Brazil, and we started our journey. You can read the entire interview at DeadRhetoric.com.
06 min read

KISSER Has ‘No Regrets’ About SEPULTURA’s Split With MAX CAVALERA

Panagiotis KaragiannidisDecember 13, 2013
Guitar World magazine's January 2014 issue includes a "Dear Guitar Hero" feature on SEPULTURA's Andreas Kisser, who discusses the band's lengthy new album title, filling in for ANTHRAX's Scott Ian during the "Big Four"'s European tour dates, and his experience auditioning for METALLICA as James Hetfleld's temporary replacement (on guitar only) while James recovered from being burned onstage back in 1992.
05 min read 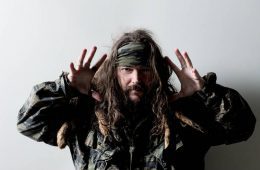 Manos SpanosNovember 13, 2013
Thomas Stanley Orwat Jr. of RockMusicStar recently conducted an interview with Max Cavalera (SOULFLY, SEPULTURA, CAVALERA CONSPIRACY). A couple of excerpts from the chat follow below. RockMusicStar: You have recently written an autobiography. When will it be released? Max: Yes, it's coming out in February in America. It's called "My Bloody Roots", and it's out in Brazil already and Poland, and it's going to come out in America in February. I've been working on this book for the last three years. I did thousands of interviews, and Dave Grohl [FOO FIGHTERS, NIRVANA] did the introduction of the book. He wrote a really cool introduction; it's really funny. It's a great book; it's got a lot of cool people in it, like Mike Patton [FAITH NO MORE], David Vincent [MORBID ANGEL], Sharon Osbourne. It's an amazing book. It's gonna tell my whole story. It's gonna tell about the split; I finally tell the truth about why I left SEPULTURA. All the stuff that happened, all the tragedies that happened, and then there's some funny stuff, like puking on Eddie Vedder [PEARL JAM], and shit that happened in my career and my life. They're all crazy stuff. Everything's gonna be in the book, and it's going to be great for people to read that. RockMusicStar: Wow, I can't wait. That's awesome. How is it doing in Brazil? Max: It's doing really good, man. It's gonna probably make the best-selling list of the Brazilian books, and we're very excited about that. People in Brazil are very excited, they are reading the shit out of it. I get a lot of comments on Facebook, from my wife, she does Facebook, and gets a lot of people talking about how much they love the book, and has really, really great reviews. A lot of people especially like the part when I talk about the split from SEPULTURA, because I really explains my side of the story, about how I really felt, and why I left my own band. And a lot of people, after they read that, they will understand. And, for them, it makes sense that I did what I did, that I left SEPULTURA. They would have done the same. After they read it, they understand why I did it, and it makes sense after you read what I said about the split, you'd think that it was the rational thing to do, for me, was to leave them, you know. Even though it was my own band from the beginning, it was kind of like, all of my integrity, you know, and that's why I decided to leave. It's going to be great. It tells all of those stories, and puts kind of a final stamp on the whole "SEPULTURA split" shit, and talks about SOULFLY and how it was created, and how cool SOULFLY was building over the years, and the cool people I worked with. Sean Lennon is in the book, Corey Taylor [SLIPKNOT, STONE SOUR] is in the book, all talking about how it was to work with me, and I think it's going to be great. I can't wait for people in America to read it. It's going to come out through a company called Jawbone. They're going to distribute the book in America. RockMusicStar: I always wondered about the SEPULTURA thing. I always thought to myself, I mean, I don't know the all the little nuances about the spilt. That's why I'm looking forward to reading your book, but, I always wondered why you didn't just fire everyone from SEPULTURA, keep the name, and find replacements.
06 min read 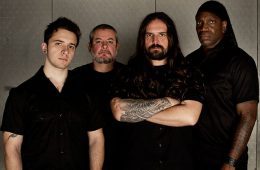 Panagiotis KaragiannidisNovember 7, 2013
Metalpaths caught up with Sepultura's heart and soul Andreas Kisser who was very open to answer our questions about the new album, touring, the band's legacy and future plans.
017 min read

Manos SpanosJuly 26, 2013
JacksonGuitars.com recently conducted an interview with guitaristAndreas Kisser of Brazilian/American thrashers SEPULTURA. A couple of excerpts from the chat follow below. JacksonGuitars.com: What can you tell us about working with producerRoss Robinson? Kisser: We're working with Ross again after doing the album "Roots" with him in 1995, and since then, we hadn't had the chance to work with each other. We finally got the opportunity because we're signed with Nuclear Blast after Roadrunner went away. Many of those people that were withRoadrunner are now with Nuclear Blast. So, old friends that used to work with SEPULTURA are now working with the band again, and that's very exciting. Ross is one of the best producers around for this style of music. We know each other so well, and the stuff we are doing right now is really mind-blowing. I'm really happy with it so far. JacksonGuitars.com: We heard you've been working with SLAYERdrummer Dave Lombardo. How did that happen? Kisser: Dave was with his dog and two kids walking around the beach, and he's good friends with Ross. He was in the neighborhood, and Rosssaid, "Why don't you come by and play on the SEPULTURA album?" He said, "Why not?" It was amazing, man. Two drummers, no cymbals. With just the drums themselves, it sounded very heavy. He's one of our biggest idols, and it's such an honor to have him with us on this album. And the way it happened was so natural, like friends just coming together.
03 min read