BULLET FOR MY VALENTINE: New Song ‘Worthless’ Available For Streaming

“Worthless”, a brand new song from U.K. metal titans BULLET FOR MY VALENTINE, can be streamed in the YouTube clip below. The track is taken from the band’s fifth studio album, “Venom”, which will be released on August 14 via RCA. The CD marks the band’s first release since the departure of longtime bassist Jason James and addition of Jamie Mathias. Jamie, who has been playing and touring in bands for the last ten years, fronted the band REVOKER, which released an album, “Revenge For The Ruthless”, in 2011 on the Roadrunner label.

Speaking to Kerrang! magazine, BULLET FOR MY VALENTINE guitarist/vocalist Matt Tuck stated about Mathias: “He’s a Welsh lad. He sent in an audition tape and his was really good. We held auditions for a few guys, and when he came, he just smashed it. He fitted in instantly, especially with the Welsh connection. He plays like a beast and he sings like an angel.”

Produced by Carl Bown and Colin Richardson (SLIPKNOT, MACHINE HEAD, TRIVIUM) at Metropolis Studio in London, “Venom” is described in a press release as “an unrelenting, fierce step forward for BULLET FOR MY VALENTINE” and the band’s “heaviest record to date.”

“We’ve got massive hopes for this album,” Tuck told Kerrang! “We truly believe it’s going to be the biggest metal record of the year. We’ve had these feelings in the past and we’ve always been spot on, but this one feels way more special than anything else we’ve ever done, so, fingers crossed, it’s going to do what we want it to do.”

“Army Of Noise”, as well as previously released tracks “No Way Out” and “You Want A Battle? (Here’s A War)”, is available for instant download now with all pre-orders at BulletForMyValentine.com.

A limited-edition “Venom” package is available exclusively through BULLET FOR MY VALENTINE‘s webstore. This bundle includes CD, vinyl and cassette versions of “Venom”, as well as custom t-shirt, bracelet and necklace. All purchases will include a pre-sale code for early access to tickets for their 2016 headlining tour.

BULLET FOR MY VALENTINE has joined up with SLIPKNOT and LAMB OF GOD for this summer’s North American tour. 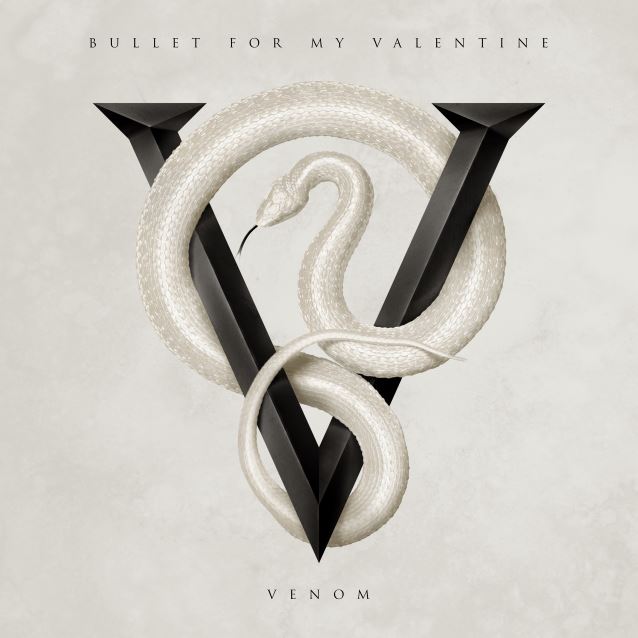