“Hearts/Wires”, a brand new song from the California-based rock band DEFTONES, can be streamed below. The track is taken from the group’s eighth studio album, titled “Gore”, which will be released on April 8 via Warner Bros. Records. The CD was produced by Matt Hyde and DEFTONES.

DEFTONES singer Chino Moreno told U.K.’s Kerrang! magazine about the new album title: “If you look at the title and the artwork, it’s about a juxtaposition that, for me, is very beautiful.

“I think DEFTONES have always flirted with dynamic and that yin-and-yang of things that are provocative and things that are beautiful. Where our last two album titles were a lot more optimistic, I think this title is intentionally different. This record is very different.

“I feel like ‘Diamond Eyes’ and ‘Koi No Yokan’ were brother-sister records in a lot of ways. They were both recording in the same way. And even though it was a tough few years we went through while making those records, I think it was important to have their optimistic outlook.”

Moreno also spoke in more detail about the making of “Gore”. He said: “We recorded this record in a different way. I’m not saying we went in with any preconceived ideas as such, but I do think we went in knowing that we wanted to make this record a little different from the last two. And I feel, definitely, like we did that. It’s still a DEFTONES record — we didn’t really have any new influences that changed that — but it’s an expansion of what we were comfortable with. And it’s important to get out of your comfort zone sometimes witch the music — just to be excited. It’s got a different look. A different shade of color. I’d say some shade of purple. I don’t know why, but I think it sits somewhere between pink, red and purple. Sometimes when I hear music, I see color, and when it came time to work on the artwork for this batch of songs, I knew exactly what I wanted.”

“Gore” is available for pre-order at www.deftones.com. Those who pre-order will receive an instant download of the first single, “Prayers/Triangles”. 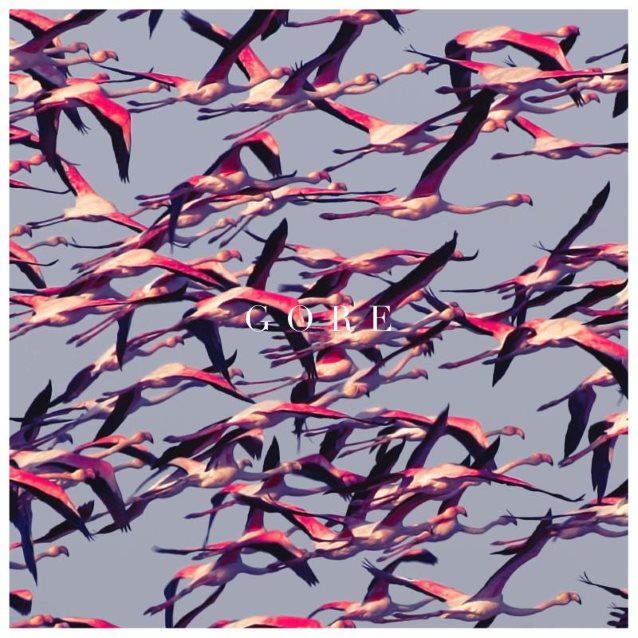